First Steps in Authenticity. How I Got the Red Pill Slipped to Me

As for my life and my quest, I can tell you that the pursuit of truth is a solitary journey. But, as I’ve alluded,

I have an unusual and particular personal history in childhood that turned me a particular way. I also have a very common set of experiences in growing up that led me to the average American’s thorough belief in the transcendence of America, its superiority as a nation and a form of government, and as the leader of the free world, based on individual rights. I was brought up believing that freedom of the press and the other rights and institutions–such as shared powers in government, a balance of powers–gave our country a foundation to provide like no other the discovery and the reporting of events most closely in alignment with the facts, the actual truth. That is the way I was taught; I had no basis or evidence to believe otherwise.

So Much for Being Comfortably Dumb

However, when I had my first personal experience with a major national lie at the age of nineteen–one that involved an obvious collusion of State Department, 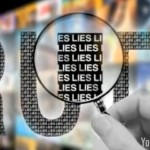 Department of Defense, and all the major newspapers in America–I was shaken. When I saw that one day later all the local media followed up by headlining stories that further misinformed and that nowhere was the truth ever reported accurately of what one million people experienced on a day that would go down in history, anyway, but “censored,” I was further changed. Indeed, I have checked the history books and they tell the story of what I saw with my own eyes inaccurately, following the newspaper reports, which followed the reports from unknown sources in the Department of Defense. Even the idea that anyone would take the Department of Defense’s version of the largest anti-war demonstration in history as the basis for the story of that day is telling.

Then I was to find out that the story of that day and its coverage was bigger in some arenas than it should have been. Howard K. Smith lost his job at ABC over the telling of the truth of that day.

People remember him from the PBS channel. Some of us who are older remember that he was one of the major anchors at ABC. What would cause such a precipitous event as his firing? Well, it had to do with the fact that ABC news was scheduled and fully prepared to do dawn to dusk coverage of Moratorium Day on November 15th, 1969. One million people flooded into Washington, D.C., the largest gathering for an event, save Woodstock, in American history, and for the purpose of stopping a war. Mom, Pop, and the kids and the students came from all fifty states. The buses were lined up and I personally saw buses that came from the West Coast, from Wisconsin, from Washington State, and so on. It was phenomenal. [Footnote 5]

If a million appeared in DC, and the media didn’t cover it, did it really happen?

Well, before coverage could begin over at ABC, as it turns out, word came down from “on high,” meaning outside of the news department. People like to say that it doesn’t matter who owns a media outlet, like, say Rupert Murdoch now owns the Wall Street Journal. They say editorial policy is not affected by who owns it. Well that day whoever controlled and owned ABC decided that their personal interests were going to be hurt by showing a gathering of that many people amassing against the war–one out of every 200 people living in America managed to personally show up, how many more would have come if they could, how many more would be at home watching and would be stirred and influenced by such a sight? When Woodstock saw such numbers it was talked about in the media and it became history.

But the people who pull the strings in this country pulled the strings at ABC that day and changed what would be reported as history. And it would be a lie. As for the News Department at ABC having independence: Well, Howard K. Smith, veteran and senior news reporter at the time, was so incensed and so insistent on finding out who and how and why this coverage was changed from dusk to dawn to practically nothing that it led to his dismissal. If he was angry about it, angry enough to get fired over it, can you not imagine that the entire News Department was against the change?

While this is history not news, it is current news as well…though we can’t call it “headline” news for reasons that have to do with the media. Something disturbingly similar happened more recently regarding media coverage of the Wisconsin pro-union rallies. While the largest rallies in Madison, Wisconsin history were going on–an estimated 100,000 showed up on one day, 200,000 people a week or so after that–hardly anything about them was mention

Keep in mind that this same media has covered and continues to promote and “tout” (even) rallies of (often paid) Tea Party proponents attended only by crowds in the HUNDREDS! These folks in the photo below have friends in high places, obviously.

Convenient (For the “Filthy Rich”) “Truth”

So who determined what would be the truth that day. Well, it certainly wasn’t news reporters. The story is only that it came from “on high.” I guess from that you can discern that ownership made the decision that day; and we have no idea how many other times it has done that. We can only conclude that just the threat of interference will keep the media in line with the interests of ownership.

We Decide, You React.

We can only conclude that when senior people, household names, are fired on the spot, that it sends a message that only grows stronger with the years, especially as ownership will make the decisions behind the scenes as to the kind of reporters it will even have working for them.

Rather Hear from Dan?

By the way, a more recent example of such a thing happening has to do with the dismissal of Dan Rather. You’ve probably heard the ownership’s slant on that story. You should listen to him tell the story some time. It’s quite different from the “official” version.

President Al Gore. Sorry, I was dreaming about a democratic America.

Dan Rather’s version, if it had not been undermined, might have led to Al Gore, not George Bush, getting the Presidency in 2000 (even with “filthy rich” and Supreme Court support at that time to begin “installing” our presidents). That’s another thing to think about when you think that we have a free press in this country; or if you should think that any ownership involvement in the news has little or no consequences. 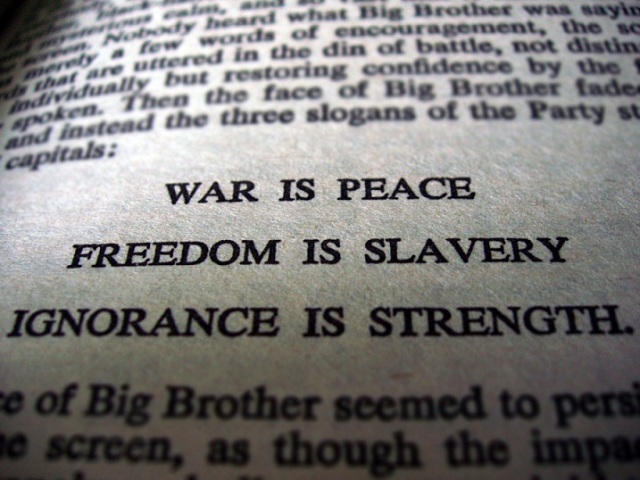 Back to my story, this incident has to do with my understanding of the truth, and of history as it relates to the media and their coverage. For on the days following what should have been one of the major events on American public record, and should have been influential in the course the war would take after that day, my belief in America’s premier role, because of its supposed rights, such as “freedom of the press,” in being the most reliable in getting to the real story and reporting events as close to actuality as humans are capable of was shattered forever. Never again would I look at a story out of the mainstream press, no matter how widely reported and/or held to be fact, without looking for the possible agendas and forces that would affect the veracity of what was being said.

Things Ain’t Bad Enough? This Leads Me to Uncover the Most Horrific, Hidden in Plain Sight, Truth of All Time

So, again, this perspective is rooted in my life experience. It rises up and out of my personal, passionate quest for truth; and it details a good deal of truth’s many aspects–personal, historical, social, cultural, political, especially spiritual, and so much more. Unfortunately while this quest was and is personally gratifying, it led me to the most disturbing truth of all time, something widely known, something dire, something so big that most people–in keeping with the times of smoke and lies–are fearfully distracting themselves from, even at the cost of their lives and those of their children.

Continue with Culture War Part Two, Matrix Aroused, the Sixties: How We Became a Nation of Puppets, and the Hidden Puppeteers

Activist, psychotherapist, pre- and perinatal psychologist, author, and environmentalist. I seek to inspire others to our deeper, more natural consciousness, to a primal, more delightful spirituality, and to taking up the cause of saving life on this planet, as motivated by love.
View all posts by sillymickel →
This entry was posted in 60s, History, Politics and tagged 1969, ABC, American Dream, demonstration, history, Howard K Smith, lie, media, Moratorium Day, one million people, protest, red pill, Rupert Murcoch, Washington DC. Bookmark the permalink.