America’s Lying Times, Beginnings – The Why of “Obvious Truths”

Whatever Happened to the Sixties Generation?

Whatever happened to Sixties youth? What has become of the values, aspirations, ideals, and energy that manifested in those turbulent but exciting, angry but supremely hopeful years?

There was a time, after all, when the influence of the “baby-boomer” youth generation was everywhere to be found. Their activities were broadcast daily on the TV news. They were making political events. They were setting trends in fashion and style which business did its worst to copy, package, and sell–attempting thereby to cash in on such powerful enthusiasms.

Suddenly, faster than their appearance, this generation of youth faded from significance in the early Seventies. At the time, commentators were falling over each other attempting to fit a rationale to the relative disappearance of youth influence and the comparative placidity of events.

A common explanation that surfaced in those days was that many youth leaders, particularly activists, had begun being disillusioned about the effectiveness and results of confrontational politics.

Some argued that activists were beginning to “look inward” for the roots of problems or were reevaluating and seeking to come up with better ways of eliciting change.

As for the less activist sectors of the youth culture—those referred to by the originally pejorative terms “flower children” or “hippies”—many had moved out of the cities, often in disgust and equal disillusionment, to the countryside.

There they were reputed to be actively carrying out their “back to nature” values singly, in couples, and in communal groups. As far as the larger culture was concerned, they were invisible.

What happens to a revolution not televised:

Others have asserted that the media played a large and active part in the “disappearance” of this generation. It has been noted, for example, as simply one indicator, that 90% of youth protests were reported by the media in 1969, but only 20 to 25% were covered in 1970-71, and only 1% of such dissident activities could be found in the media coverage of 1972.

One could argue in response to this that demonstrations were becoming commonplace, so they qualified less as news as time went by. But this reasoning does not fully explain the precipitous nature of this decline, nor the resulting virtual elimination of coverage. In respect to comparable events of recent times, such a pattern has elicited the label “media cover-up.”

It is therefore much more likely–and there has been evidence and published commentary to this effect—that this decline was part of a concerted effort by the media, in collusion with the threatened established sectors of society, to actively put a lid on student and youthful dissent and unrest.

Keeping the People Down

I myself have knowledge and personal experience of how a similar suppression at exactly this time was perpetrated on university campuses.

Specifically, at the college I was attending—Franklin and Marshall College in Lancaster, Pennsylvania—and other colleges and universities around the country, wealthy alumni threatened to withdraw funding unless (1) certain faculty members, considered “threatening” to established interests, were fired, (2) certain programs—considered too innovative, “disruptive,” or “instigative”—were cut back or eliminated, and (3) certain “unorthodox,” “undisciplined,” or “publicly disrespectful” student behaviors were discouraged, suppressed, and/or harshly responded to and clamped down on.

The total remaking of society, so such a generation would never arise again

Indeed, such active “blacklisting” of counterculture figures, behavior, and values on university campuses seemed to be part of a general dictum across institutions—including publishing, films, TV, education at all levels, medicine and science, and the work place—to actively fight back at what was seen as dire threats to traditional mainstream values—values, incidentally, that were calculated to placate the masses and keep them, as for hundreds of years, feeling nervous, unworthy, inferior, and slavish in relation to the wealthy and powerful.

The Fear We Engendered in the Privileged

Some commentators speculated that established societal powers had been caught off guard by the initial fervor and tenacity of counterculture energy and demonstrations, but that toward the end of the Sixties and early Seventies there had been time to regroup.

A massively funded attack by “the establishment.”

These established forces and economic interests began to implement a well-conceived, hugely funded, well-orchestrated, and highly cooperative counteroffensive against the new cultural values, which in their minds represented a dagger poised at the heart of their very existence.

From this perspective, then, the media’s active refusal to cover events could be seen as a small, albeit influential, aspect of a much larger effort—however unconsciously carried out—at suppression of the new values and reinforcement of traditional ones by the powerful interests that those values, if successful, either directly or indirectly put in jeopardy.

With these considerations, it is understandable that in 1971 and 1972—despite increasing unrest and demonstrations on college campuses, increasing liberalization of values among all age groups and growing liberal and counterculture political power—there would be a number of books published and widely reviewed which, closing their eyes on all this, instead presented dubious evidence and selectively chosen incidents to make a case for a so-called “conservative backlash,” which there is no doubt the authors earnestly hoped for and fervently sought to bring about in their proclamation of it.

The same tactics are being used today to create a conservative Tea Party “movement.”

This may be seen as the beginnings of the use of “The Big Lie” as a major, sometimes the only strategy, in conservatives’ attempts to fight back against this outpouring of sensitivity to injustice at all levels.

As background: The Big Lie basically amounts to the idea that you can say the most outlandish thing long enough, loud enough, and from the highest pulpit, and eventually it becomes accepted fact. No doubt, its use can be traced to the earliest times of civilized history and is certainly evident in this century in the tactics of Hitler and Mussolini, where it played crucial and primary roles. 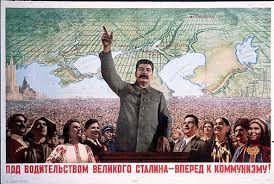 However, its more recent re-emergence in contemporary America and its rise to the heights of skillful political brandishment came in the hands, first, of Ronald Reagan and George Bush, Sr.

Then later it had its most pervasive use, however awkward and skill-less, during the eight years of George W. Bush, where Bush, Cheney, Rumsfeld, Rove, and others took it to such moronic lengths they eventually were seen to be what they were—big lies, with no attempt to educate the public at all; but simply to cover up and to manipulate, like common criminals would. [Footnote 1]

Nevertheless, these later major uses, in fact the evolution of The Big Lie into the ONLY strategy of Republican politics may find its beginnings in such publications as these books from the early 70s, as well as to its highly skilled, and much documented, use by Richard Nixon throughout his political career.

Activist, psychotherapist, pre- and perinatal psychologist, author, and environmentalist. I seek to inspire others to our deeper, more natural consciousness, to a primal, more delightful spirituality, and to taking up the cause of saving life on this planet, as motivated by love.
View all posts by sillymickel →
This entry was posted in 60s, History, Politics and tagged activism, American culture, Brainwashing, conservative backlash, Corruption, culture, culture war, Fraud, Freedom of Press, generations, history, insanity, liars, lie, media, Media Control, personal story, Politics, Press, propaganda, Seventies, Sixties, truth. Bookmark the permalink.