Marijuana Effects, The Beats, Phoney Baloney, “YOU Do It!” – Drugs and Generations, Fifties Generation: 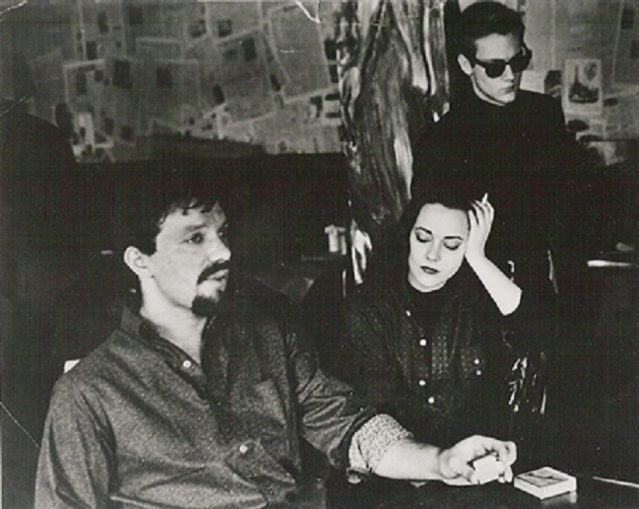 The reasons why some people cannot feel marijuana’s effects appear to be related to their having very defended personality types, or, one might say they have a great deal of repression. The reason this would affect their ability to feel the drug’s effects are easy to understand when we consider the fact that repression of feelings of trauma would include repression of the ability to feel things in general.

A repressed person is a more neurotic, more defended person; and more defended persons are basically defending against painful feelings. But feelings cannot be separated and to repress feelings of Pain means also to repress the ability to be sensitive to other feelings. Hence highly defended or repressed persons can smoke a great deal of marijuana and yet not “get off” or they may just feel feelings of relaxation. Janov has said that marijuana acts to kind of “bend” defenses, which allows repressed feelings to surface, for those who are not in the category described above, which would include the majority of people. Since we all have some degree of primal pain, we all have defenses to being fully feeling, so the effect of marijuana for the majority of people is to open them to some of the pleasurable feelings that have gotten repressed along with the repression of Pain.

Therefore some widely noted effects of marijuana concern its enhancing sensory ability and therefore pleasure. Listening to music, being in Nature, watching a movie, or sex can all be quite enhanced and different while experienced under the influence of marijuana. Aspects of these experiences that were always there but were never noticed can be explored. One can seem to be experiencing something on many levels at once, or to be fully immersed in the experience so that aspects of it that formerly seemed more “walled off” from one can seem almost tangible in one’s ability to experience it; one can become so immersed in experience that complexities of it can be taken in and enjoyed, which one never even noticed before. [Footnote 2] 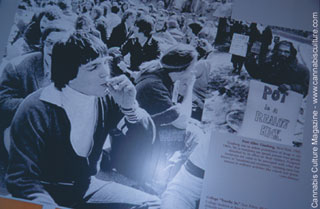 Part of the reason for this type of effect of “pot” is that it lowers blood sugar and thus causes the normal cortical defenses to be less effective in blocking out experience. Related to this is a feeling of timelessness—a feeling of being in the Now—which can also be related to the diminished cortical functioning which is goal-oriented and related to linear time. Which brings up another effect: It reduces one’s feelings of needs to achieve or to be goal- or achievement-oriented. The sensory world is what is initially enhanced in the course of one’s experience with this drug; and the experience of the sensory world in its own right does not engage more complex, more “inward,” and more individually unique goals, feelings, scripts, dramas, scenarios, or motivations.

Robert Masters and Jean Houston, in their book, The Varieties of Psychedelic Experience, provided an architecture of the psyche, derived from their study of the effects of LSD, that is useful in understanding what can happen eventually with continued use of marijuana. They conducted “depth soundings” of the LSD experience and discovered that there were four levels of the experience: the sensory, the recollective-analytic, the symbolic, and the integral. While marijuana is not as powerful in its effects as LSD, it has a similar effect on consciousness; one might say it acts in the same direction as LSD. In contrast to drugs like alcohol and nicotine, which serve to aid repression and to help to numb or reduce one’s perception of both inner and outer reality, both marijuana and LSD have the effect of opening or enhancing one’s awareness of inner and outer reality.

However, the effects of marijuana are complex because they do not as consistently open one to inner realities as does LSD. Pot opens or enhances one’s experience of the sensory world initially,

and as long as it does just this it can be used as a drug of avoidance of painful (inner) reality just like alcohol and nicotine do. That is, one with sufficient repression and defenses can use marijuana to flee from inner pain, depression, or whatever, into an enhanced, pleasurable sensory world that does not trigger one’s pain. At this stage, only, pot can be used to defend against pain and can be psychologically addictive in providing a palliative to pain. Once again, it can do this because it serves only to “bend” not to bust one’s defenses against one’s pain.

Yet for some people this effect of marijuana changes with continued drug use. It is as if the continued “bending” of defenses can eventually lead to a “loosening” of them, and with that loosening comes the deeper level of experience described by Masters and Houston and termed the recollective-analytic.

Because the normal person is motivated mostly by past, or primal, pains or traumas and is acting out scripts or roles that are pathetic attempts to re-create or struggle with events that happened a long time ago, the normal person is not really IN the present. The person is, as the great religions have described it, in ignorance, in samsara , in dukha, and is basically unreal. The person, as humanistic psychologists have described, is inauthentic and is acting out games or scripts, which they are totally unconscious of.

They have identified with these scripts, roles, goals, and motivations—the outgrowth of a completely unique set of past experiences of pain and trauma—and haven’t a clue as to their arbitrary character, let alone of the fact that other people are similarly acting out their own unique roles which are just as arbitrary and, well yes actually, pathetic.

However, pot, just like LSD, can eventually (sometimes even initially for persons who are, perhaps because they are young, or whatever, are unusually undefended, more sensitive, and more open to actual reality) open one to the horrifying perception of the inauthentic and unreal nature of ordinary social behavior.

In this state of heightened awareness of the inner world of oneself and others, one perceives oneself and others as puppets or windup dolls, pathetically seeking to satisfy very old needs, which are totally irrelevant to the present context, with others who are similarly and robotlike also seeking to satisfy very different past deprivations. In common parlance, it is said that most actions of people are just “games.” So, part of the horrifying nature of this perception, on the recollective-analytic level of awareness, is that indeed people are not truly relating to each other at all, that they are like people trapped in spacesuits trying to communicate with each other through the layers of barriers between them. [Footnote 3]

What follows from this perception is the conclusion that people are basically phony, or plastic; that life is unreal; that normal motivations in pursuit of normal social values such as achievement, status/popularity, and pleasing appearance are meaningless rituals—games—that are totally irrelevant to the true nature of one’s being or reality; and that one is trapped in this prison of unconscious scripts, with no chance of release or true perception of reality.

The “Beat Generation” of the Fifties used marijuana and caffeine, predominantly. Their culture included the rise of existential belief, the glorification and poetification of angst, and the belief that their contemporary society was characterized by alienation, conformism, inauthenticity, and, most tellingly, “phoniness.” The normal life of the World-War-Two Generation was seen as a “rat race,” motivated by such high ideals (sarcasm intended) as “keeping up with the Joneses,” and pervasive materialism and consumerism.

Yet activism was not the Beat Generation’s response to this perceived negative social context, as it would be only a generation later. Passivism, apathy, pessimism, and defeatism were the most common attitudes expressed. This is what one would expect as a result of marijuana use.

Nonetheless, art was deemed a weapon, however impotent, with which to rail against what seemed an overwhelming, huge mainstream ignorance or unconsciousness. So the only apparent activism of that time is found in rebellious poetry, folk music, and fine arts of all kinds, especially literature, theater, painting, and some film.

2. An extremely funny exposition of the effects of marijuana is contained in an album put out during the Sixties titled Child’s Garden of Grass. While its intent is completely comedic–at which it succeeds masterfully–it succeeds more than anything else I know of in depicting, to both the experienced and inexperienced, the most common effects of this trickster drug. Enjoy it below (seriously, only when you have the time to really “grok” it) as it has been reproduced for sharing on youtube.

There are a total of ten parts to “Child’s Garden of Grass.” The ones that follow part one above can be accessed by clicking the youtube link on the player. [return to text]

3. “Like people trapped in spacesuits trying to communicate with each other through the layers of barriers between them” is the way one person described it, as reported in a book by Kenneth Keniston titled The Uncommitted, which delved into the psychology of one segment of Sixties Youth. [return to text]

Activist, psychotherapist, pre- and perinatal psychologist, author, and environmentalist. I seek to inspire others to our deeper, more natural consciousness, to a primal, more delightful spirituality, and to taking up the cause of saving life on this planet, as motivated by love.
View all posts by sillymickel →
This entry was posted in 60s, Anthropology, History, Politics, Psychology and tagged apathy, Beat Generation, beatnik, Beats, drug, effects, Fifties, generation, Ginsberg, inauthentic, janov, Kerouc, marijuana, phoney, phony, plastic, pot, unreal. Bookmark the permalink.