Building castles in the sky.

They are euphoriants and cause one to have the feeling that one’s mental capacities are expanded. One feels that one can envision projects and outcomes precisely. So one expends oneself in organizing and preparing for great achievements, which rarely are embarked on.

Since these drugs repress Pain, creating an amped state of mind more than normally able to fend off unwanted emotional material, they repress the normally present residue of fear, with its attendant caution in the face of activities outside of one’s comfort zone requiring forethought and anticipation.

One does not feel constrained by normal fears or apprehensions, so one throws oneself into new activities with reckless abandon. One feels overly confident in one’s abilities and engages in all kinds of risk-taking—financially, sexually, interpersonally, legally. These activities have one embarking on dubious schemes which rarely pan out.

A land of light and darkness.

Despite these negatives the corollary of this mental activity is that one’s ability to think and see more clearly on some issues is enhanced, just because one’s fears can pollute one’s perception and apprehension of things.

It is enlightening to remember that Sigmund Freud, among other notables in history, experimented with cocaine. At one point, Freud was heartily endorsing its use to his colleagues; he was waxing expansively about its benefits for mental life and clarity of consciousness. Of course, he changed his position on this later. No doubt his use led him to see its face of darkness as well.

Nonetheless, concerning the positive aspects of cocaine, it can be mentally enhancing partly because of its repression of fear. For fears, as mentioned, are both of the helpful-cautionary as well as the oppressive types.

Being released from the oppressiveness of fears, being freed of the constraints of “fearful thinking,” can result in seeing one’s reality more clearly. Feeling fearless can lead one to acknowledging truths and realities normally defended against—thus being therapeutic even, getting a glimpse of reality outside of one’s fears. 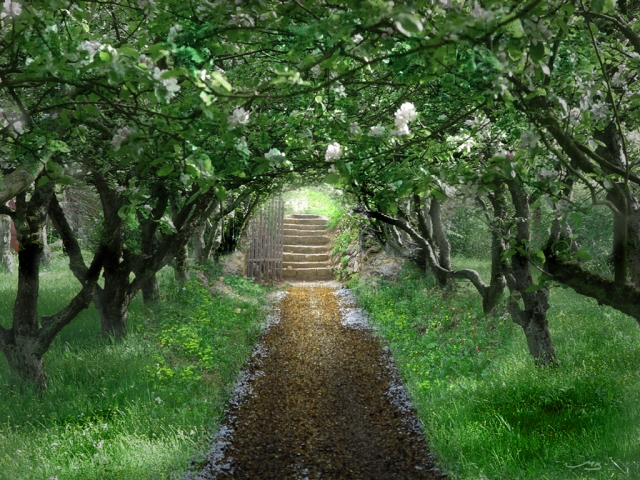 Being freed from normal caution, however, can lead one into reckless activities with consequences far beyond one’s ability to handle in either a normal, or drugged, state. It is no

coincidence that these drugs have seen heavy usage by wartime participants—notable are their use by fighter pilots and by Vietnam warriors.

A land of empathy and insensitivity.

Lastly, since these stimulants repress feelings, they can lead to insensitivity toward others. But since they can repress fear which blocks truer perception of and appreciation of others they can lead, paradoxically, to feelings of love toward others and a feeling of finally really seeing others and appreciating them for who they are, not simply in the way one has cast them (“pigeon-holed” them) to fit into one’s scripts, agendas, ego projects, or desires.

The Eighties saw an epidemic of use of cocaine. This was commonly attributed to Yuppies, which is the popular term for the Young Upwardly-mobile Professional character of this era and is contrasted with the idealistic, activist, and anti–Vietnam-War Yippies (Youth International Party, whose founder and most famous member was Abbie Hoffman).

Yuppies came in at the same time as Ronald Reagan into the White House and, indeed, exemplified much of what Reagan stood for. They were seen as greedy, over-achieving, materialistic, narcissistic, and societally and environmentally insensitive careerists.

“Love is all you need” turned into “Money is good!”

They were portrayed in film; one in particular that sought to delineate the attitudes of this character type was “Wall Street,” in which Michael Douglas plays the role of the Yuppie, portraying complete self-centeredness, insensitivity to the ways his Machiavellian strategies harm others or the environment, and driven solely by a value that “Money Is Good!”—a slogan completely the opposite of the previous generation whose attitudes were expressed in lyrics like

“I don’t care too much for money; money can’t buy me love” and “Love is all you need”; who bought and lived by books with titles such as How to Live on Nothing, The Greening of America, and Back to Eden; and whose most famous slogan was “Tune in, Turn on, Drop out” (or it was sometimes said, “Turn on, Tune in, Drop out”—I’m not sure anyone in the generation knew which was the “proper” way to say it).

In any case, another term used for the Yuppie Generation was The “Me” Generation. Thus it was that from the late Sixties, early Seventies (the height of Vietnam-Era Youth’s influence on society and culture) to the late Seventies and most of the Eighties—within a period of a mere decade—the prevailing, media-amplified cultural values of our society swung, pendulum-like, a hundred-and-eighty degrees from where they had been.

Activist, psychotherapist, pre- and perinatal psychologist, author, and environmentalist. I seek to inspire others to our deeper, more natural consciousness, to a primal, more delightful spirituality, and to taking up the cause of saving life on this planet, as motivated by love.
View all posts by sillymickel →
This entry was posted in 60s, Anthropology, Health and wellness, History, Politics, Psychology and tagged Abbie Hoffman, cocaine, drug, generation, Reagan, speed, values, Yippie, Yuppie. Bookmark the permalink.