So these sad proselytists know deep inside how miserable they are. But they

find a way to stave off the realization of that reality and of its horrible roots in their suffering in childhood, through denying their unhappiness. They take up arms against their misery and engage in an endless battle trying desperately to believe (and unfortunately for us, assert) that the opposite is true: That is, that their experience is happy.

This sad insanity they impose on all and everyone. Of the actual pathetic nature of their lives they know intuitively but without letting themselves know it (like so much else of the facts of their reality). [continued after video]

Sympathy for the Bedeviled: The Apocalyptic Death Wish of the En-Raptured Proselytists…in the Will to Die series
– video presentation by SillyMickel Adzema 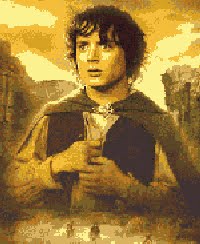 They also know in their muscles that saying the lie out, and loudly, can help in reinforcing their precious untruths.

For these dear fabrications, when heard coming from the outside—even if it is simply one’s own voice that one is hearing echoed back—have greater weight and credibility to them. When experienced existing in the outside world, they can be felt to be more real than when heard just in one’s own private thoughts alone. [Footnote 1]

This is another reason they need to have other people, and the media, echo it: It adds to the reality of these lies…the Big Lie repeated becomes more true…and boosts their defense against, and attacks on, the truth of their reality which asserts itself over and over—”truth will out”—during their life and increasingly more as they get older. This also explains their behavior’s increasing rigidity with time, as they get older.

If YOU accept that I’m better off than you, then I must be!

But simply proclaiming their blessed savedness out loud is not enough to be truly convincing over against the unhappiness that they actually feel every moment.

So the big guns are brought out: Not only must they proclaim their happiness; they can PROVE it. This leads to their fantasy of engaging with the rest of the world in convincing all others that they are indeed less happy than they think they are and that that they need and want the “saving” the “enraptured” ones are offering.

The underlying rationale goes like this: If you could convince others in the world that you were happier than they are to the point where those others would all want to give up their lives and have your life instead, well, then that PROVES you are happy, or at least that what you have is the happiest existence possible.

For if your reality wasn’t the better one, no one would choose it over their own…no one would decide to try to be like you rather than to be like themselves. Conversely, other people choosing to try to become like you, to accept your beliefs…to be “saved”…proves that your reality is the superior one (One Way!!). To such lengths do people go to deny their sad, unfortunate lives.

If one could not see the tragedy of it for a moment, one would have quite a belly laugh, at their sake: Just this vision of inner lepers, convincing themselves that they are divinely gifted healers instead, going out to convince as many healthy people as possible that it is they who have leprosy and that they (the actual inner lepers proclaiming themselves spiritual healers) can cure them (of this disease that they don’t have) by the intimate laying on of hands.

Sympathy for the Bedeviled

You simply have to take a look at the lives described above and imagine those multitudes and the incredible pain, utter lovelessness, utterly miserable and confused minds they carry as adults. 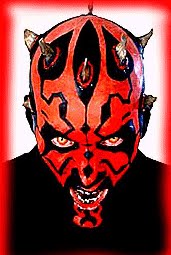 Then think beyond them to the many-fold more of the masses who have similar but lesser versions of lives and experiences as the “enraptured.”

Add to that the incredible power of fear…not only fear; but fear that has, well, demonically, been projected into the biggest expanse existing in the universe—that of the imagination and that of the knowledge of the Unknown, combined.

If you can get a sense of that fear, even a small part, you will realize the utter terror that awakens them, that is there in the middle of the night as they approach consciousness, and which, like a squirming frog, inhabits, nay,

becomes the daytime brain and thoughts of these people, and motivates them to do ANYTHING, anything at all, that might promise a snippet of relief from what is the reality they condemn others to.

You will see that they believe in hell because they in fact live lives that are the closest things in existence to actual hells.

This is made that much worse, indeed, multiplied many-fold, by the idea implanted with it, which is that to acknowledge that truth will actually result in the imagined hell becoming reality…and that the only way they can save themselves from that hell is to, somehow, not be aware of their own reality as it is. So they must struggle mightily to not know what they indeed do know.

Now, try that burden on for size. And just be glad that you are not them. They exist within that nightmare reality; they see it portrayed before them. They have not even the respite, like watching a horror movie, of ever walking out of the theater and thinking, “Well, I’m glad that was only a movie.”

But the rest of us must confront their horrible realities as well. Sorry, you are not spared them. And you dare not take comfort in the denials of them as well. For to deny these truths is the same as denying the events of history that have resulted

from these kinds of horrible existences: all the wars, killings, tortures, holocausts, purges, genocides, pogroms.

It is no coincidence that these sorry sorts are attracted to fantasies of denial, such as denying climate change, denying the Holocaust,

denying the atrocities committed by religions or their own governments. In striving to be shiny, happy people they create inner hells and outer monsters. Not only hell do they create, but all the hellacious things on earth are the offspring of these lives. This includes the creation now of the ultimate evil that can be committed while in flesh—the killing of the planet and of all life on it.

For another, final, take on insane or irrational reactions to the end of time and of all life on this planet, another example of the Will to Die, continue to the next post, “Thanatos Walking: Apocalypse is How an Over-Achieving Species Like Ours Does Its Will to Death.“

Continue with
Thanatos Walking: Apocalypse is How an Over-Achieving Species Like Ours Does Its Will to Death

Sympathy for the Bedeviled: The Apocalyptic Death Wish of the En-Raptured Proselytists…in the Will to Die series
– video presentation by SillyMickel Adzema

The Will To Die, Pt 1: Apocalyptic Zombies & En-Raptured Proselytists – FULL

This is a reading, with elaboration, of this and the previous post together. To hear this reading by the author, click on the link to youtube above or to the player below:

1. It is significant that in The Lord of the Rings trilogy the power of the Ring, which signifies an all-encompassing untrue belief system that provides comfort, esteem, and well-being—thus an aspect of ego (see my article on the

meaning of the Ring, which is posted on my Primal Spirit site)—the power of the Ring is magnified when it is used. This is equivalent to the assertion, saying out loud of one’s untruths, unrealities…the struggle to find external justification and reinforcement for one’s chosen psychotic reality and thus the active enslaving or imprisoning of oneself, in other words, becoming a Gollum.

See also my article on the Primal Spirit site, The Lord of the Rings, Ego, and Addiction.

The Will To Die, Pt 1: Apocalyptic Zombies & En-Raptured Proselytists – FULL

This is a reading, with elaboration, of this and the previous post together. To hear this reading by the author, click on the link to youtube above or to the player below:

Continue with
Thanatos Walking: Apocalypse is How an Over-Achieving Species Like Ours Does Its Will to Death

Activist, psychotherapist, pre- and perinatal psychologist, author, and environmentalist. I seek to inspire others to our deeper, more natural consciousness, to a primal, more delightful spirituality, and to taking up the cause of saving life on this planet, as motivated by love.
View all posts by sillymickel →
This entry was posted in Anthropology, Environment, Health and wellness, Philosophy, Psychology, Spirituality and tagged apocalypse, apocalyptic, Bedeviled, compassion, death wish, En-Raptured, endless battle, evangelical, God, mental-health, pathetic nature, private thoughts, proselytist, proselytize, rapture, religion, sad, save, saved, shiny happy people, spirituality, sympathy, video presentation, will to die. Bookmark the permalink.