The Corporate Feast: When you’re feeling pissed on, they’d like you thinking it’s really money raining down. 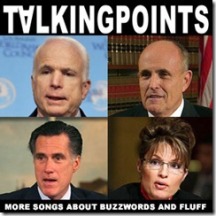 “Persons R Us. Corporations R Not.”

And even though Democrats would say, but, you know, doesn’t everybody get the benefit from education? I never heard the pundits or the moderator say, “Well, that’s true, and, Mr. Republican, what do you have to say to that? What do you mean, ‘special interest’? You’re promoting the coal companies. Are the coal companies benefiting everybody? By your trying to get them profits, trying to create tax breaks for them, is that going to benefit the people…in any way?”

When you’re feeling pissed on, they’d like you thinking it’s really money coming down. 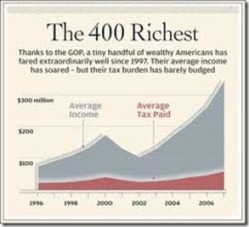 I’ll get to that later, but obviously, you can try to make a case that somehow money to corporations will benefit ordinary people, but it’s easier and more honest to show how it is actually at their expense. So the payoffs to the corporate hogs are hardly indirect contributions to the common weal.

Shall we review recent events and remember the gluttonous corporate profits, with their CEOs sitting down to enjoy hundred million dollar banquets? Bonuses, paychecks, jets and yachts to feast on. Even the stockholders only receive crumbs from that table.

CEO with fifty cookies to Tea Party bloke with one: “That union guy wants some of your cookie.”

So anyway, the pundits and journalists are seen adopting the Republican mantra as obvious facts and as unnecessary to ponder or question as if…well, probably they couldn’t help it after a while of continual, coordinated, and irritating repetition, I don’t know…so not “as if,” it is clear they rolled over. 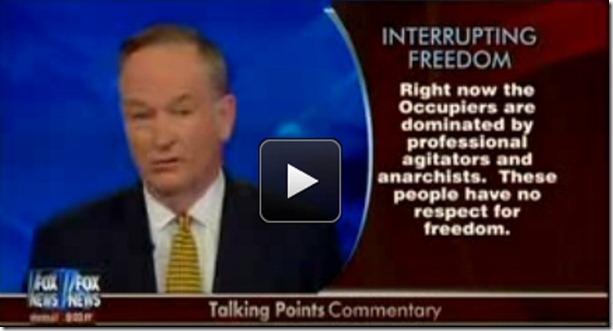 It was as if these pundits hearing so many gop lies—tax and spend Democrats and such—had undergone a reality transplant. Somehow they disposed of their knowing that it was the Republicans who tripled, nearly quadrupled the National Debt under Reagan-Bush.

The truth that it was Bush the W who doubled the Debt mysteriously ended up in the trash.

Smoke and lies around tax and spend

We’re in such bad economic shape now because of these Republican spendthrifts. Yet there would be the pundits repeating, even after Reagan-Bush and the recession they caused, “it’s the tax-and-spend Democrats.” America’s “thinkers” would forget that Clinton had balanced the budget for the first time in decades during his terms. They would not remember that those supposed

“tax and spend” Democrats left to the Republicans who stole back the presidency in 2000 a surplus, which they promptly handed over to the rich.

I recall how during the Nineties, tax and fiscal policy was so carefully managed by Clinton’s administration. It was touch-and-go maneuvering out of the fiscal ditch; few people thought they could do it. How could anyone, 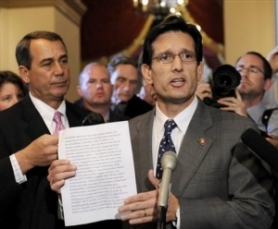 let alone Democrats, balance a budge let alone reverse the huge National Debt at that time? But with Robert Reich at the wheel they did.

So what happened? Just as soon as the Republicans enter the White House, they issue a tax cut for the rich. The surplus was no more. Wow! And, still, pundits didn’t saying anything. People didn’t say anything.

Maybe Americans cannot learn from, even remember, recent history because their perceptions and memories are not validated around them. If on the media their feelings are not confirmed, folks are going to doubt themselves; they’re going to be confused.

Are they so immersed in Republican culture?

Why commentators would be so easily forgetful and then complicit is the question. 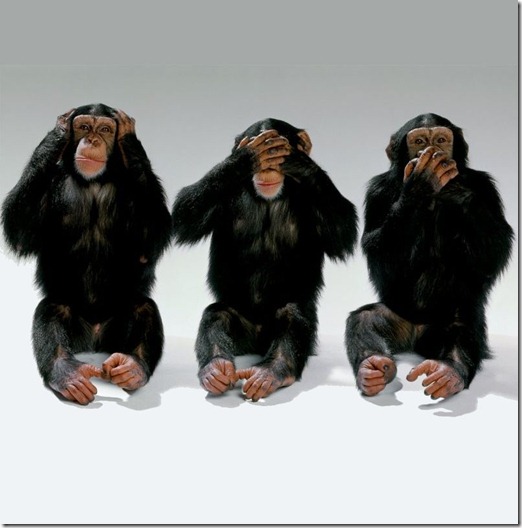 Continue with Disposable Truth: What They’ve Succeeded in Getting Us to Forget

Return to Dandified Little Pups: The Media, Status, and the Great Suck UP

The Rise and Fall of “Obvious Truths,” Part Two
an Audio Reading by SillyMickel Adzema

Continue with Disposable Truth: What They’ve Succeeded in Getting Us to Forget

Return to Dandified Little Pups: The Media, Status, and the Great Suck UP