Context of The American Awakening: Cool Hand Gipper (The Great Hustle) and What the 1% Would Still Have of Us

This is the third and final part in this series delineating the history of the American Republican’ incredibly disciplined, relentlessly persistent, and amazingly cohesive … seemingly coordinated … nearly fifty-year campaign to gain advantage and wealth for their benefactor corporations and the “Filthy Rich” through totally concocted untruths.

All in the Family

We are seeing here revealed the fifty-year invisible family and community that surrounded all Americans and affected every aspect of their lives, including, and intentionally, the basic components of one’s personality, and the erosion of reason, Soul, and independent thought or action.

I am showing how only because of increasingly cocky and greedy acts and extreme over-reaching “in broad daylight,” before the entire world, did this malevolent surround become visible. These brutish and

thievish over-reaches displayed an incredible disregard for, disrespect of, indeed, an actual literal inability of the “Filthy Rich”—the 1%—and their Republican puppets to

SEE American People, who were the recipients of these attacks. Together these reveals, displayed unintentionally however blatantly and 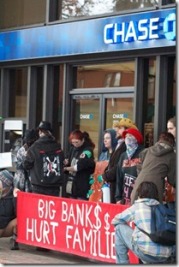 unknowingly by the Republicans and the “Filthy Rich”… 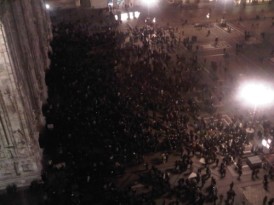 and before the entire world…disclosed to the masses of Americans some “cracks,” “stains,” or textures in the “dome” of unreality they’d existed in, which had made them blind to Reality itself, and had kept them in a near zombie-like dream reality. 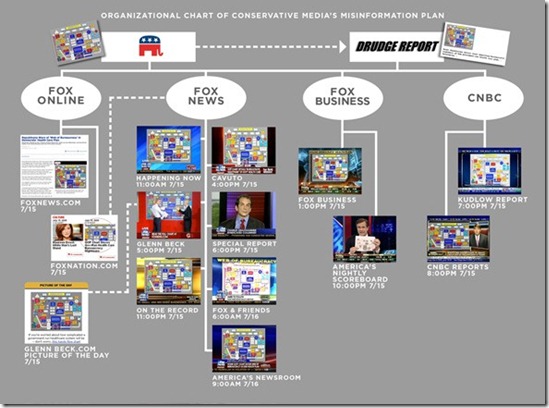 “They’re so cute when they jump for their treat.” 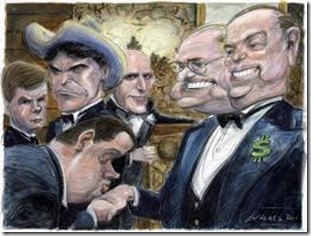 As this Awakening continued, some began remembering events, the memories of which had been “bleached” out of awareness until just then, and then with remembering they realized how they’d been trained like animals their entire lives for the uses, whatever they’d be, of the “Filthy Rich,” and been trained then to forget that. 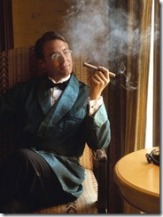 It is clear that the “filthy rich” had an absolute certainty of their success because of their unmitigated power.

What is also evident is the absolute inability of the “Filthy Rich”…which was the shocking thing they’d carelessly let out and therefore displayed to the World…absolute inability of the Republicans and the “Filthy Rich” to actually notice, let alone view or act towards, Americans as any thing even living or having sentient ability, let alone as humans, people, or individuals.

All We Have to Do Is Dream.

And as for the term “fellow Americans” often employed by Rich-publican politicos, if that thought even crossed your mind for a second as being anything but a device, you are not fully appreciating just how literally I mean for my words to be taken.

You may very well, in fact, be deeply dreaming and have missed the crack in the dream state that had shone the light in the eyes of a sufficiently large segment of the world population as to cause them to come out of trance and begin to untie their formerly invisible bonds, so that they could try looking around, which led to the realization of 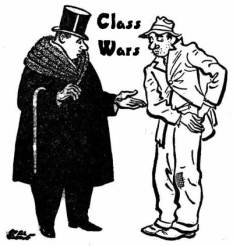 the reality that had

been blocked from view, and the beginnings of investigations into the real truths of their existence, and to this series of expositions, which delineates the actual, formerly invisible profile of the actual actors in American’s lives, and the processes of control, and the things in their lives that were determined for them by the “Filthies,” though ordinary folks thought they had been making decisions for themselves. 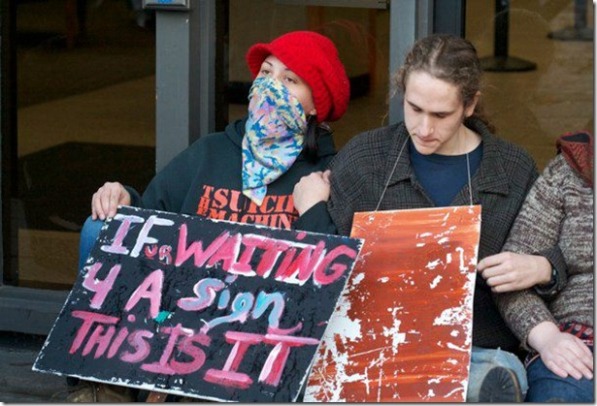 What The 1% Want to Do With Us

And the last aspects of this series delineates the real factors in your life and the outlines of the real intentions for our lives these puppet masters have had, and have even now in mind. 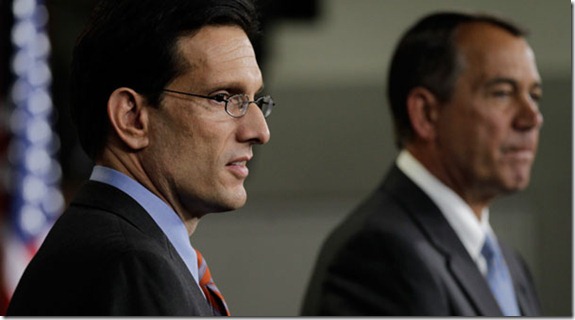 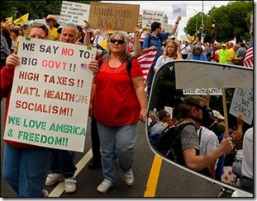 In Part One, I talked about the fifty-year Republican campaign to convince the media and the American people of certain truisms that had nothing to do with the truth, in fact were almost one-hundred percent of the time, the 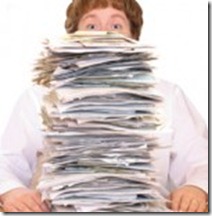 opposite of the truth. It is a pretty amazing story of a campaign involving such things as getting people poorer and poorer, requiring them to work longer hours and so on so that they would have less time to think about things. It included other elements such as the way in which people’s minds were either stressed or made busy, and also the way they wore down the American people’s resolve to fight back against injustice. 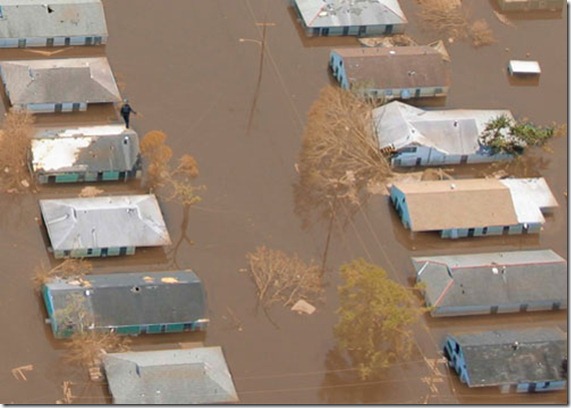 After that I talked about the way our lives were focused away from human concerns and reduced to the level of a game, contrived by the elite and which was geared toward their ends, suited to their abilities, and in which they dominated. This game was most of the time camouflaged in positive, civic sounding phrases and terminology that made it seem that it was an endeavor for the betterment of all, but I explained how it actually was played and what the motives and ends really were.

Last, I bring out how even this ruse of societal welfare was ever more let go of, as the puppet-kings gained in strength and in success in converting mass minds to a belief in the dogma of the game that they controlled.

They channeled people’s inclinations away from their own priorities and from human concerns to be in alignment with the overseer’s non-humanistic, alien ones. Human concerns such as life, easing of suffering and the like were seen as silly and laughable.

And Then The Awakening

As they gathered power, they became more blatant and reckless in their machinations. The game was successfully installed as the focus and preeminent value of life itself; but in this headiness of accomplishment they became complacent about their subterfuge. Reckless in their maneuvers and ever more careless in concealing it, they risked being exposed.

Aspects of their self-benefiting game play and the cockiness with which they pursued them are further disclosed here in Part Three. We see how this creates a condition of such extreme suffering in the populace that stimulates them into awakening from the dream. 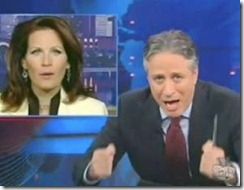 The matrix is glimpsed. How the masses awaken and behold in horror the shackles and blinders upon them is described beginning here and in subsequent parts of Culture War, Class War. 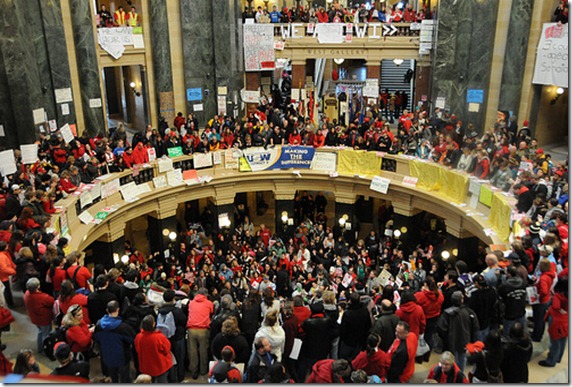 Parts One and Two are intended to be read before this one, but if you haven’t done so this review will gave you a platform from which to view what follows.

“Brother, I Do Not Know Thee.” 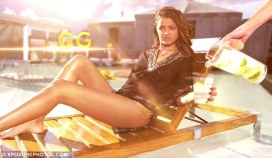 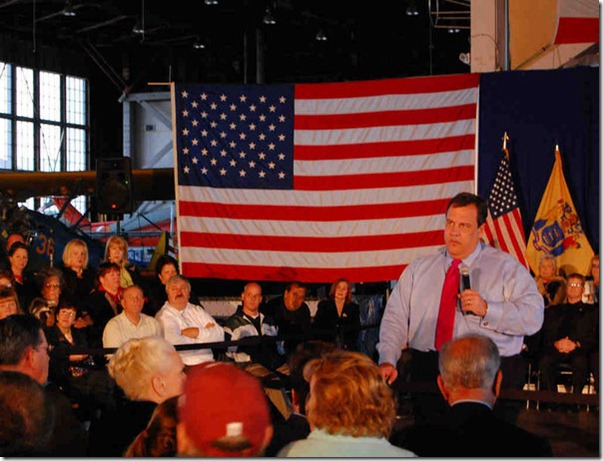 Continue with Foolin’ the People About History: Reagan’s Great Ruse and The Face of the Enemy, Ours

Return to Compassion = “Hippie.” Mean-Spirited = The “Real” Reality of The Game: The Great American About Face, Part 2