21st Century and Its Discontents, Part 24: “Get Away From Me, Bum!” … Replaying a Prenatal Narrative, We Create “Filthy” Others and Blame Them for Loss of Our “Golden Age”

Immigration – They Are Dirty, Polluted and Keep Filling Up the Space Around Us

So, because of these prenatal formative experiences, we place some folks “outside

our circle” and see them as irritating, even revolting. They are “disgusting” (poisonous) abominations of bloodlines …abominations … whether they’re Jews (not like the pure Aryans) or

By contrast, we’re the “real” Americans. They, on the other hand, want to take all that is good (about America, for example) and destroy it; they’re dragging us down. And they keep coming across our “borders” (placental barrier) and “overrunning” the country.

They are everywhere! We can’t get away from them. They surround us! And they are taking over. They are “poisoning” our way of life. So this is how these early imprints have us seeing others and our society in ways conducive to horrible intolerances and anti-immigration sentiments. 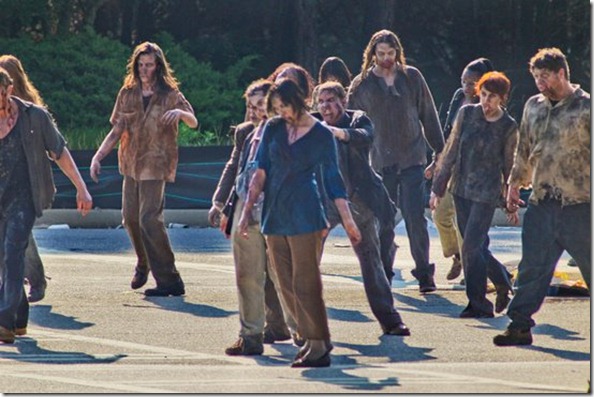 These feelings are irrational and not based in fact, of course. We show this in that at the same time as we hate and fight off this incursion into our surroundings, 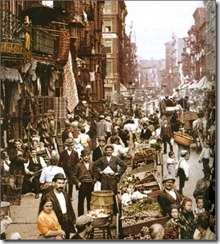 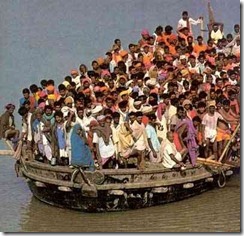 and thus increasing toxicity in our environment.

While we expend our energy fighting reflections of our pain, in the form of other people we create to hate,

we create the conditions that will keep us feeling the way we do. We create pollution in our environment. We even wish to keep our scapegoats downtrodden and filthy, even though around us and “polluting” us. Our desire is to keep them “dirty,” to keep them as “slaves” and riff-raff. 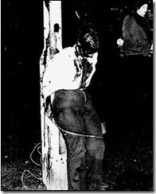 We experienced our environment as yucky and irritating back then in the womb. So some of us humans have concocted the idea of tarring and feathering these “unclean” others.

The Nazi mind was riddled with this prenatal trauma. They rounded up Jews, ethnic others, and the “undesirables” of their society They stuffed them (crowded womb) into cattle cars where many were forced to stand uncomfortably, and where they could only defecate on themselves and wallow in their own waste matter (buildup of waste matter in the womb).

I recently saw the movie—Sarah’s Key, based on an actual event during World War II—where 13,152 Parisian Jews were rounded up and placed in the Vélodrome d’hiver, a sports stadium, for eight days without sanitary facilities until 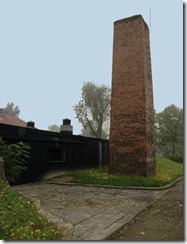 they were processed into even more dire “facilities” at Auschwitz … and murdered.

About the conditions at the stadium, it is written,

The dark glass roof, combined with windows screwed shut for security, raised the temperature inside the structure. The 13,152 people held there [9] had no lavatories; of the 10 available, five were sealed because their windows offered a way out, and the others were blocked.[10] The arrested Jews were kept there for eight days with only water and food brought by Quakers, the Red Cross and the few doctors and nurses allowed to enter.

They had no recourse but to fill their own surroundings with waste matter; it was said the stench outside in the 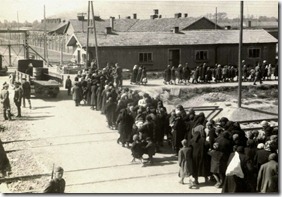 surrounding neighborhood was unbearable, quite foul. We see manifest here a pathological imposition of 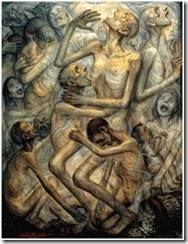 prenatal pushes about being crowded, given very little in the way of resources (oxygen deprivation), in a hot environment (prenatal stuffiness and irritation/burning), and forced to wallow in waste matter (toxic womb).

I’ve already mentioned how many Jews were eventually shunted into gas chambers where they were forced to inhale poisonous fumes as a re-creation of prenatal poisoning trauma. (See also bad blood.)

Ultimately, We Want to Eliminate Them, Seeing Them as the Obstacles to Returning to That “Golden Age

At any rate, we feel we need to eliminate them for they want our resources (oxygen). We feel they will use up everything and leave us wanting

(deprivation), and left with nothing (oxygen starvation, death). Never mind that in going after them we are looking away from those in society who are actually causing us to struggle for the necessities and to feel deprived. But this has nothing to do with rationality.

This prenatal mind has us seeing everything through the fetal narrative: Once upon a time, there was 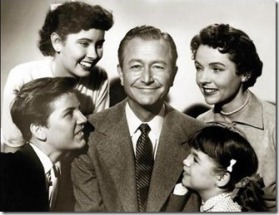 harmony, bliss, perfection. Everyone was happy; we were strong (BPM I).

But then came change in our lives. Our surroundings became increasingly filled with strange and alien others at the same time as we felt less free and more unhappy (BPM II crowdedness), our strength waning, and that times had gotten tough: There was less money and we felt unfairly deprived (BPM II oxygen deprivation). 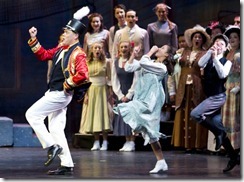 We felt that these alien others were infecting our purity of life by imposing upon and inserting themselves into our lives (BPM II bad blood).

(amounts), so it was their fault; and their continued presence would eventually kill us (BPM II poisonous placenta/ prenatal irritation, revulsion). It was they

who were responsible for the loss of our pristine way of life.

So to do anything about it, it was thought necessary to fight back against this incursion, defend our way of life, family, and the innocents from this “filth,” and shore up the goodness (good blood) and resources (oxygen) we still had. 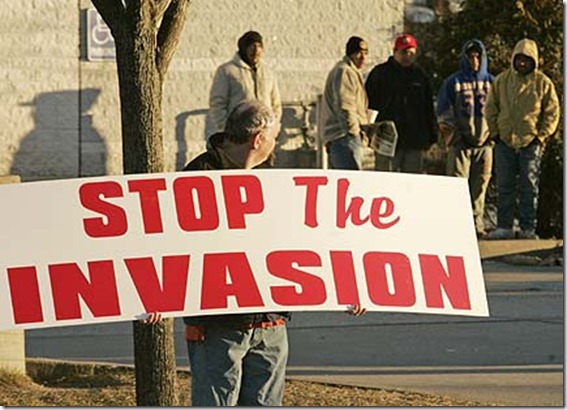 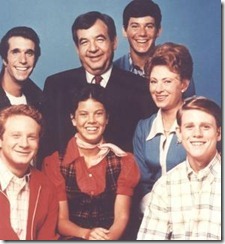 In America this narrative is played out by the right wing and Tea Party folks: Essentially they see the world as having gone downhill since a 1950s-style “golden age” when everyone was serene, happy, and prosperous. Never mind that the wealthy at that time paid their fair share of taxes to contribute to a 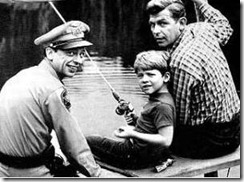 and these conservatives seek to return to it by having the wealthy pay little to no taxes now. Never mind either that it never really existed the way they think they remember it and that what they want to reinstate is a pasted together collage of childhood 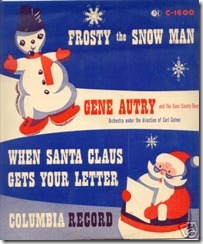 hurts and hopes, bad TV and movies, even worse advertisements and commercials conveying an image of the way Americans really had it (but did not), 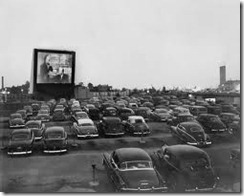 prenatal imprints, and wudda cudda shudda beens. They see liberals, bleeding hearts, hippies, immigrants, and minorities as responsible for preventing a return to that truly mythical golden age. So, these elements are scapegoated for the crimes of the 1%. 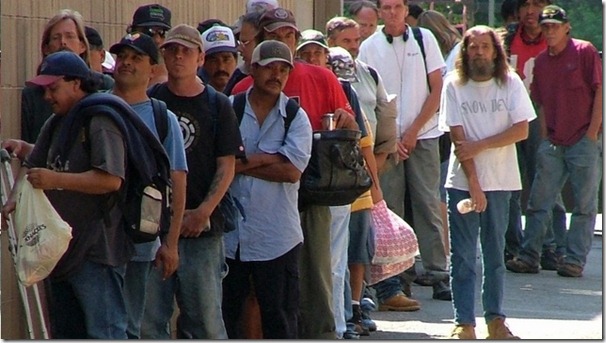 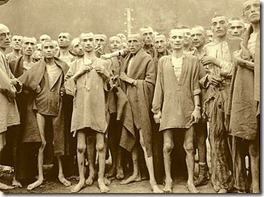 In Germany, the same narrative was played out, but their golden age was before World War I. Hitler got power by promising a return to that time of prosperity, and he scapegoated Jews and other minorities for their “fall from grace” by pointing to them as blocking a return to national strength and purity. 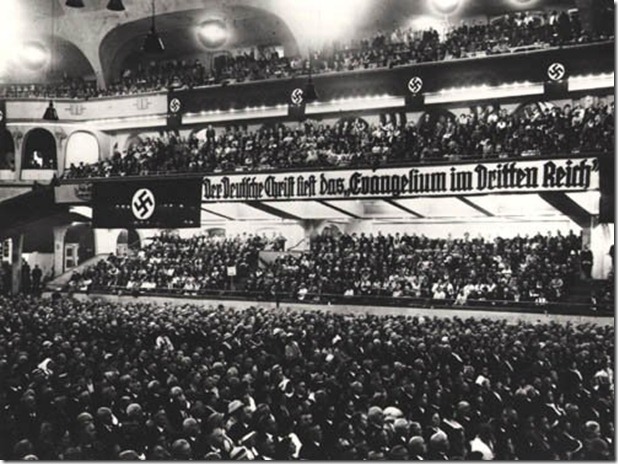 Those others were seen to be in the way, so it followed they would need to be eliminated. But in the process those “filthy” others would be made to feel the kinds of feelings that their presence was stimulating in the pure ones—the real Germans…nowadays the real Americans.

Remember, these others irritate us and just “burn” us (prenatal irritation/burning). Some say, “It just burns me to look at them!” And folks will act out horribly by killing these others by fire: by burning witches, Jews, enemies in general.

It continues to this day. In a previous section I mentioned the Baptist preacher—the one who

got “pukin’ sick” at the thought of gays and lesbians—who wanted to surround them with an electrified fence! Not exactly like burning witches, but close enough. 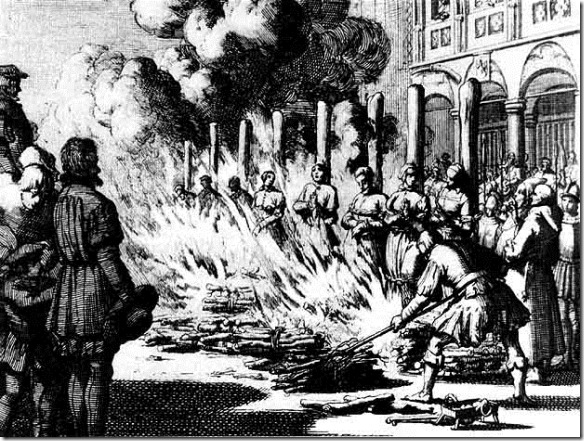 ovens (prenatal burning/ irritation). This we do either by concentration camps, pogroms, or by the highest tech means of raining fire down upon the undesirables in third world countries. 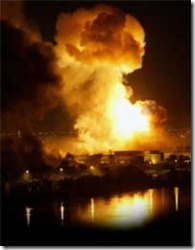 n modern times, we have rained fire down upon them from aircraft. We have used napalm—liquid fire—and Agent Orange—one of the most toxic compounds created—on these others, who we’ve called “gooks” and other derisive terms. 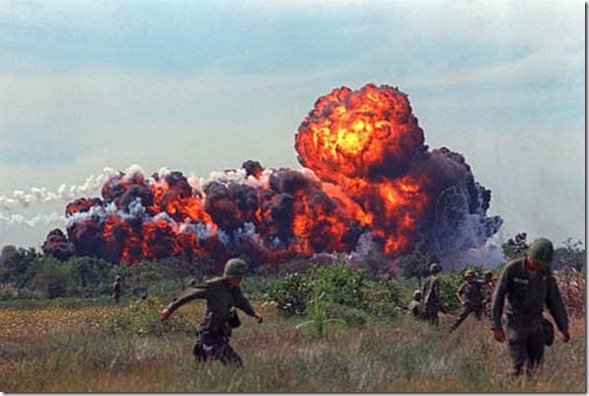 Basically it comes down to the world being divided into filthy and disgusting things that want our resources (oxygen) and our pure white threatened selves (substitute corresponding contrasts for other cultures). This is bottom line our feelings of fetal malnutrition. It is unfortunately for us projected onto the outside world so strongly we can’t know what is really going on behind that perinatal veil. 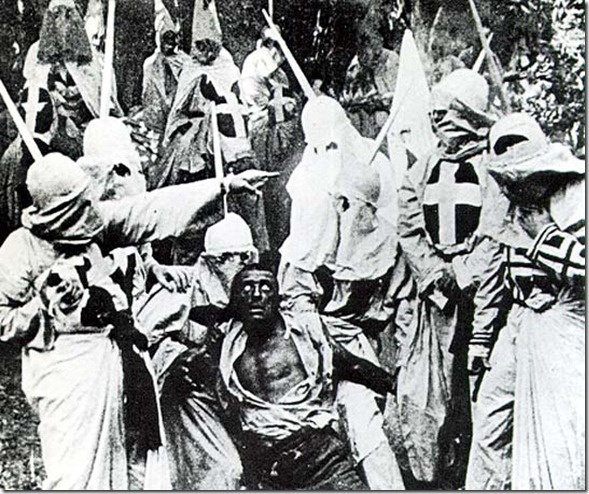 Now let us turn how this prenatal screen, twisting the reality we see, has us defiling our own homes and aiding our own self-destruction. For toxic womb has been re-created as toxic planet.

Continue with Toxic Womb ~ Toxic Earth: How We Manifest Prenatal Irritation and Burning in Environmental Destruction and Why Humans Are Compelled to Poop Where They Sleep. 21st Century and Its Discontents, Part 25