Republicans Would Rather We Think Them Dumb … Than Evil: Aw, Shucks … The Ignorance Excuse 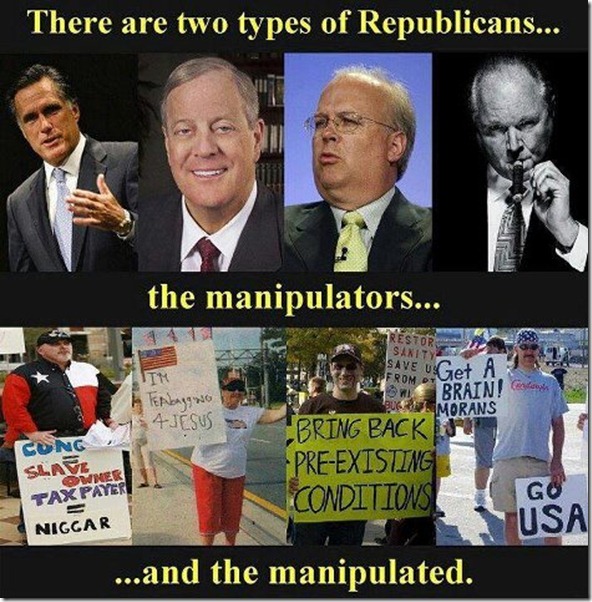 Our Leaders Prefer We Think Them Dumb Than Culpable

I’ve noticed that we live in a time where those in power, making these huge “blunders,” like to excuse themselves by claiming ignorance. It is quite clear that they would prefer us to think them stupid than evil. 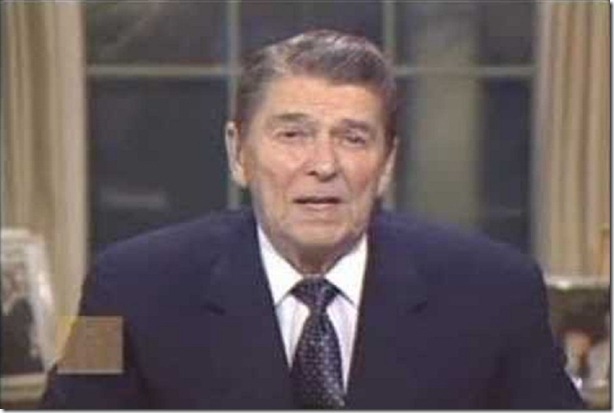 I noticed one kind of use of the ignorance defense on TV a few years back. Richard Clarke, who had worked in national security in the Bush Administration, was talking about the widely held theory that our government was responsible for 911. He responded laughingly—which by itself is odd. But what he said is the exact way that those in power would prefer we think them stupid than culpable.

Richard Clarke’s response was a takeoff on the notion that, ha ha, government cannot do anything right. Government is the great scapegoat in this convenient societal defense mechanism; the US Postal Service is the prime example of how it is used. We ask things of mail service and those who forecast the weather that we would not expect in any other area. It is unreasonable, but society must have scapegoats, I suppose.

People need something to blame for their frustration when they are unknowing and denied information of the real factors affecting them. 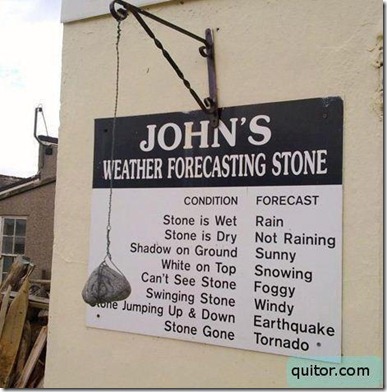 So we have these societal punching bags to collectively complain about which allows us to share our irritation, receive knowing support on it from others, bond with others in a shared laugh about it, and go on to other more understood matters.

But these things are not based on reason. They are in the category of those “obvious truths” I have been talking about—true sounding, but not true. Rationally speaking the postal service is about as reliable as a thing can get and much more reliable than what the private sector can do, and weather forecasters are far more on the mark than pure guesswork or the feelings in one’s joints would turn up. Still, both are remembered for their rare, but irritating occasional screw-ups than for all the times they are right on the money. It is just a social way of talking and bonding that we do in complaining about them.

Yet, Ronal Reagan brought this common-nonsense to the level of a grand theory of government. 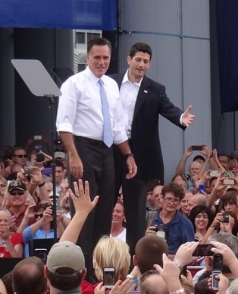 He declared, “Government is not the solution to the problem, it is the problem.” Jumping ahead, we see how idiotic that was currently in 2012 as we see government being stripped down to the bones and people suffering ever more because of it. Reagan based his government on this convenient-for-the-rich, irrational but widely held social ritual of complaining about things and using the government as an example of ultimate foolhardiness.

Clinton, to his discredit among all the creditable things he did, continued Reagan’s contrivance in declaring “The era of big government is over.” This is an example of the “triangulation” he was noted for—co-opting and holding the territory of his opponents and using the additional sway that move gave him to make gains in areas his opponents did not approve of.

Unfortunately the drawback of that move was, first, that Clinton had to make tradeoffs to get his gains; he had to actually take action in areas no progressive would desire. So, Clinton “reformed” welfare, which is something that may cause suffering in our country forever. He did this so he could create the illusion of ending big government. 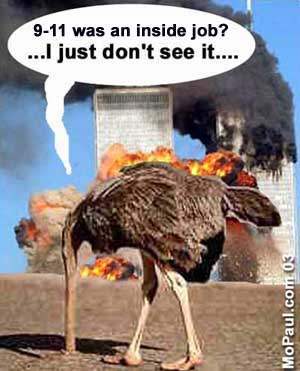 The second negative from this triangulation is that it gave credibility to these common nonsensicals about the foolhardiness of government effectiveness. It is nonsensical, as is done these days, to think that big government is a threat to one’s precious Medicare and Social Security! But this is the legacy of Reagan, and then Clinton’s, pandering to the irrationality of the masses brought on by decades of immersion in “obvious truths.”

So getting back to Richard Clarke. He laughingly brushed off the 9-11 conspiracy theories by saying that would entail a high degree of government coordination, which is hardly possible for our government (ha, ha, ha). This is a pristine example of the powerful preferring we think them dumb than what they really are…guilty. 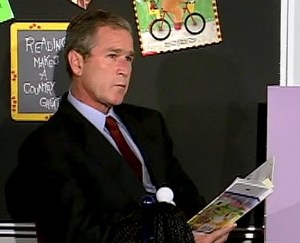 The Ignorance Defense Is No Excuse

Another kind of use of the stupidity defense may have another culpable official saying “Well, no one, before the fact, had ever considered for a moment that people would take planes and crash them into buildings,” for example.

“No One Beforehand Would Ever Have Thought…” 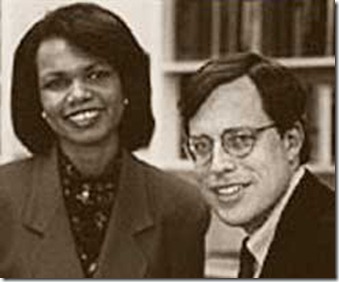 For that one, former Secretary of State, Condoleezza Rice. It’s a statement she has made since 9-11, and even had repeated it in her last days in office. Never mind the well-known, and widely reported Intelligence that was released after 9-11 that had concluded that bin Laden had determined to strike in America using planes to crash into buildings, statements given to the American government many months before the catastrophe and which Rice herself is known to have been aware of months before the crashes, and which journalists record her having little interest in, despite several attempts at briefing her on it.

And she is only one of those who make the same claim, denying the warnings. The Intelligence on this was most damning, in that it was specific, in pointing to a lack of vigilance, and an apparent narrow ideological view which made them, apparently, not see all the evidence required to make valid assessments. But rather they were predisposed to certain conclusions and so scanned for the pieces that supported that. 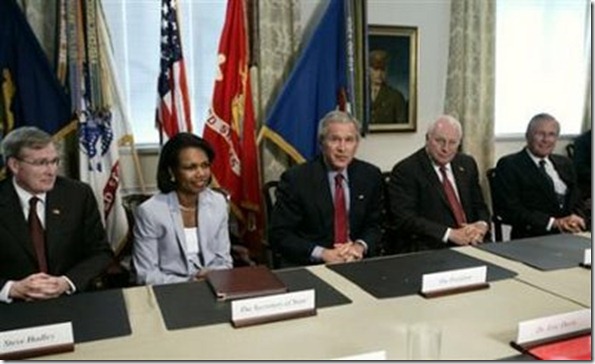 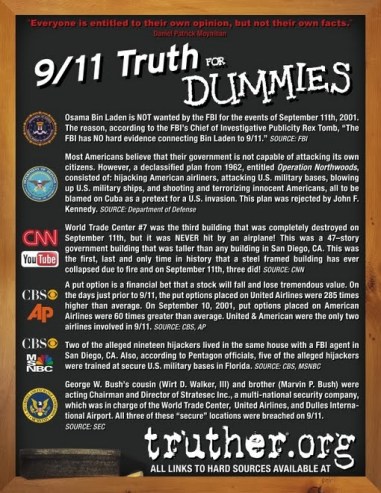 We know in retrospect that is what happened, and we know how disastrous that view was. Which is why I am writing this. However, I personally believe there is no way the Twin Towers could have come down without the complicity and outright initiative of the Bush Administration. My point is that, even accepting their version of things, they still think they can get off the hook by claiming ignorance. One might say that their ‘ignorance” is not much different from the cheating spouse who gets found out because he or she cannot keep all of their lies straight.

Be that as it may, it is simply high time for people who knew better–in the media and elsewhere–to stop letting these ideologues, whose very ideological bent was arguably the reason they failed so horribly, get away with the ignorance defense. For when we do, we are no different than a complicit spouse accepting the philanderer’s excuse, “Who could ever have known beforehand that my having sex could lead to charges of infidelity?” 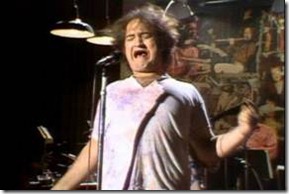 Here is an audio of the author’s impassioned, sometimes, humorous, reading of this part. Though it is of the first, unedited and unpolished version, and it does not contain all the detail of its current form here, it does capture the flavor of it all. I offer it here for your listening pleasure. For the reading of this part, “Message in a Bottle/ Time Capsule, Part Two” click on the link to the audio site above or click the link to the audio player below.