Prenatal and Perinatal Psychology Overview — Early Theorists, Psychoanalysis, and Birth: We Are a Fever, Part Two — The Evidence That Life’s Blueprint Is Written at Birth 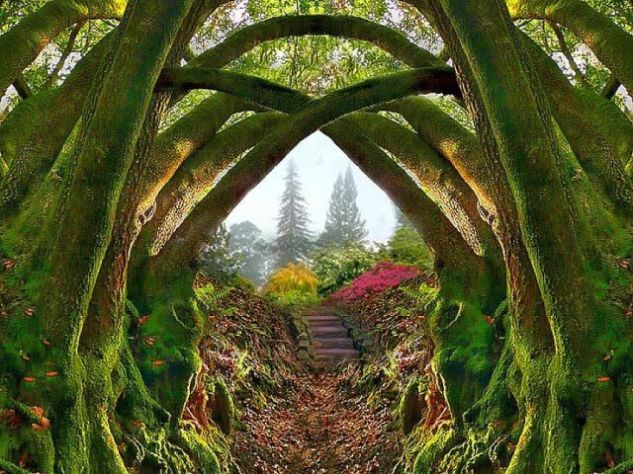 The Template for All You Think Was Created at Birth: Overview of the Pre- and Perinatal Psychology Field — Early Theorists, Psychoanalysis, and Birth 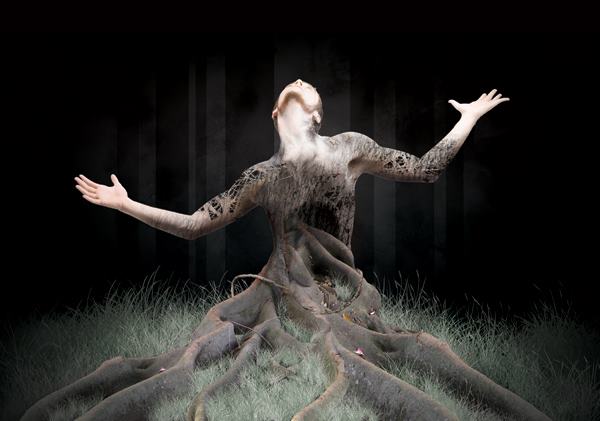 Overview of the Pre- and Perinatal Psychology Field—Early Theorists: Psychoanalysis and Birth

Sigmund Freud — Birth as Prototype for All Anxiety 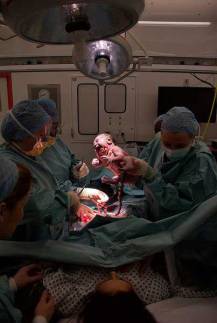 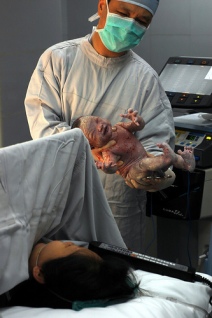 While Freud (1927) disregarded major effects of birth on personality, he still saw the birth experience as the prototype of all later anxiety. His overall disregard of birth, however, was largely influenced by the belief—although discredited (see Chamberlain, 1988), still common in mainstream psychology and medicine today—that a newborn does not possess the neurological capacity for consciousness at birth. 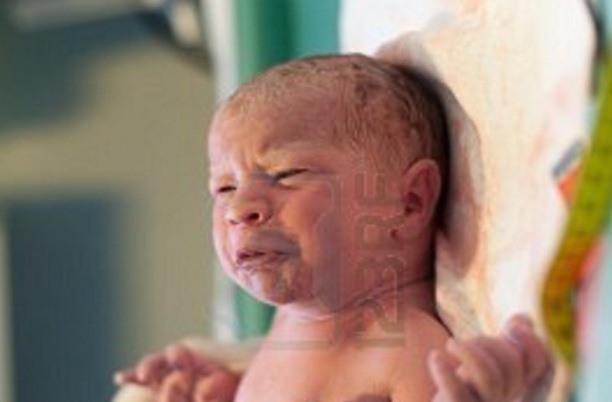 Other early psychoanalysts disagreed with Freud on this. Otto Rank is the most notable of these. Following Freud’s basic psychoanalytic reasoning for personality patterns in early infancy, 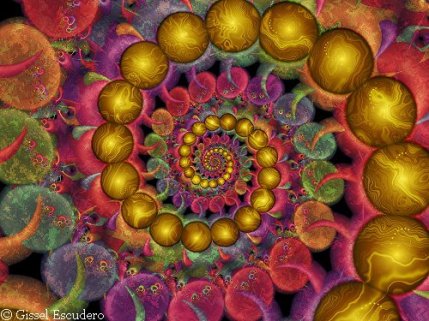 he asserted basic patterns of experience and ideas that are rooted in even earlier experience. Rank (1929) claimed the deepest, most fundamental patterns of these personality constructs originated at the time of birth, which Freud thought was not possible. Based upon the dream, fantasy, and other patterns of associations arising in his patients in psychoanalysis, Rank postulated a birth trauma, which he saw as a critical event in laying down in each of us particular patterns of thinking, motivation, and emotion for the rest of our lives. Notable among these prototypes was a feeling of a paradise once known but somehow lost, a separation anxiety caused by the separation at birth, and a resulting futile and lifelong struggle to re-unite with that golden age and that early beloved because of a desire to return to the womb. 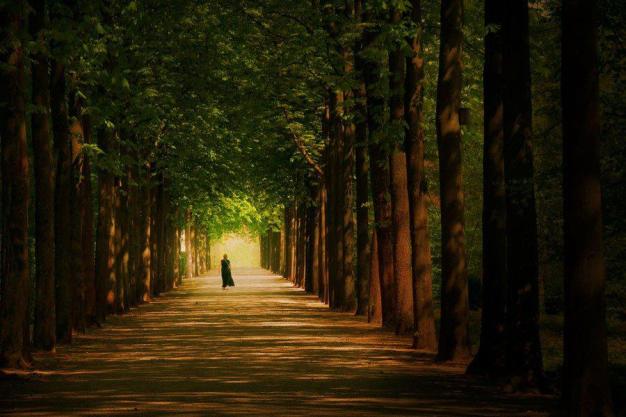 Also a psychoanalyst, Fodor (1949) focused on the reflections of birth and prenatal material in dreams. He also designed interventions in therapy to release the negative effects of birth and to process prenatal memories. He was the first to mention actual relivings of birth, in which veridical memories were recovered. He agreed with Rank on many points, but he stressed the origins of consciousness and of trauma being in the prenatal period. 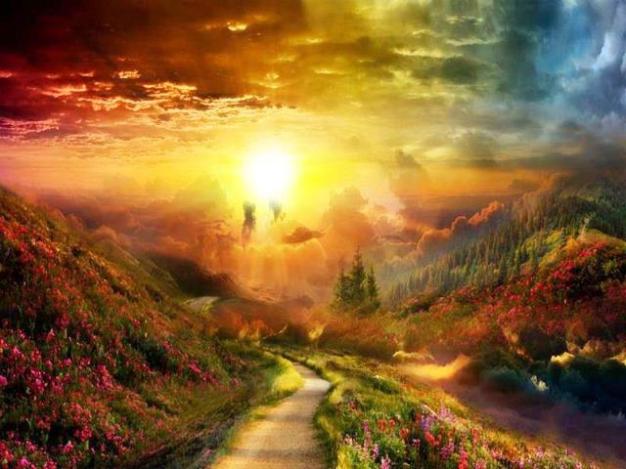 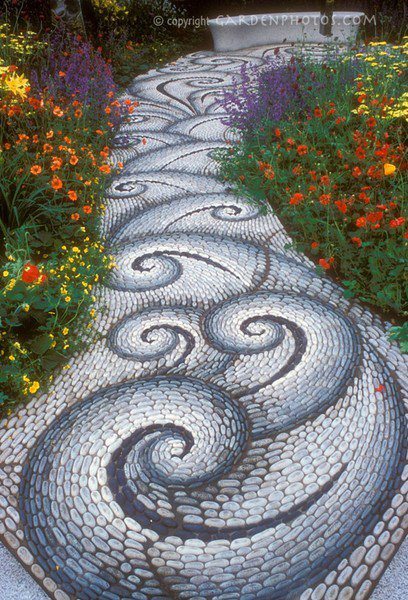 Another psychoanalyst, and pediatrician as well, Winnicott (1958) also held that birth is remembered and is important. He insisted that the birth trauma is real, but he disagreed with Rank and Fodor that it is always traumatic. He suggested that a normal, nontraumatic, birth has many positive benefits, particularly for ego development. Still, he contended that traumatic birth is permanently etched in memory and leaves a lifetime psychological scar. Winnicott (1958) also suggested the possibility of prenatal trauma.

He has been called the first primal therapist in that he described the first birth primals—actual observable relivings of birth—spontaneously occurring by some of his patients during their sessions with him. Thus he was beginning the trend beyond mere talking association or dream analysis as ways of accessing and integrating this material.

Cheek and LeCron (1968) used hypnosis to retrieve early memories in their patients. They discovered that memories earlier than what they expected, going back to birth, were possible.

Importantly, a relief of symptoms seemed to follow from the re-experience of these birth memories. They came to the conclusion that a birth imprint occurs, which is induced by the extreme stress of that time and is resistant to fading from later experience. Further they asserted that this imprint could be the cause of a wide spectrum of psychiatric and psychosomatic disorders.

Feher (1980) sought to extend the Freudian tradition farther back into areas that, she asserts, were until only recently unknowable. 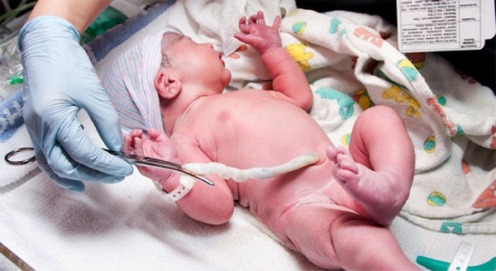 Thus, she describes a natal theory and therapy that includes experiences of cutting the umbilical cord, birth, and even prebirth. In fact, she considers the cutting of the umbilical cord to be central in her theory of trauma, calling it the “crisis umbilicus,” and echoes Fodor in claiming that it is the true origin of the castration fears made so much of in psychoanalysis. This is so because, according to Feher, the cord and placenta is an object of security and is considered by the fetus to be part of him- or herself. Thus, this cutting represents a supreme threat in being a separation from a total life support system, a major organ, a part of oneself. In these ways, she also brings forward for renewed appreciation Rank’s speculations on the element of separation trauma as a crucial element of the birth trauma. 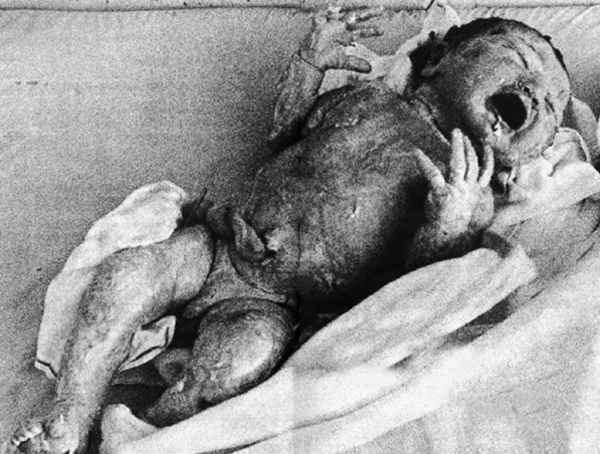 Arthur Janov — Primal Therapy, Traumas of Birth and Early Life and Healing Them, Empirical Foundations and Neurophysiology of Early Events and Healing 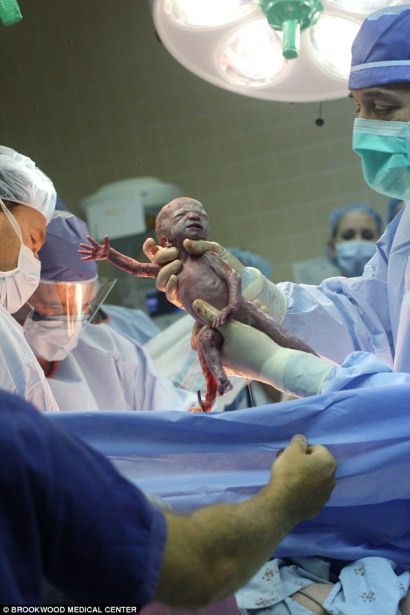 Perhaps the major theorist and popularizer of the phenomenon of re-experience (which he termed primaling), Janov was reluctant to acknowledge the pervasiveness of pre- and perinatal re-experience and trauma. Yet when he did, it was in a major work on birth trauma, which remains as a touchstone in the field in its depth and detail. Imprints: The Lifelong Effects of the Birth Experience, published in 1983, among other things places birth as the determining factor in creating basic personality constructs, called sympathetic and parasympathetic, which roughly coincide with the more common terms introversion and extroversion. 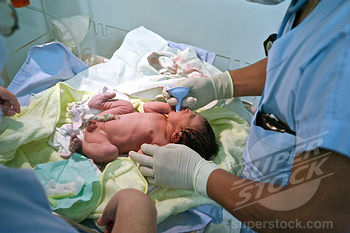 This work is more empirical and neurophysiologically rooted than most in the field. While the book is recognized in the field, Janov and his work have not gotten anywhere near the respect and attention that they deserve. He remains the unfortunate kicking-boy of a movement that is itself scapegoated by the academy and the larger scientific community.

The actual stimulus for a new field of pre- and perinatal psychology and the Association for Pre- and Perinatal Psychology and Health—APPPAH was Thomas Verny’s (1981) The Secret Life of the Unborn Child. 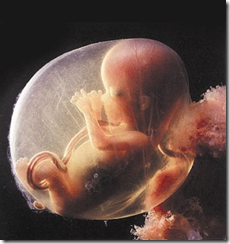 His work brought together a good deal of the new empirical research that had opened the doors to us on the events in the womb. While himself a practitioner of “holistic primal therapy,” he integrated the accumulating data from the phenomenon of re-experience with the new information from the more traditional, “objective,” scientific research into the prenatal—made possible by the latest advances in technology.

One of his conclusions from this combination of lines of inquiry was that “birth and prenatal experiences form the foundations of human personality” (1981, p. 118). 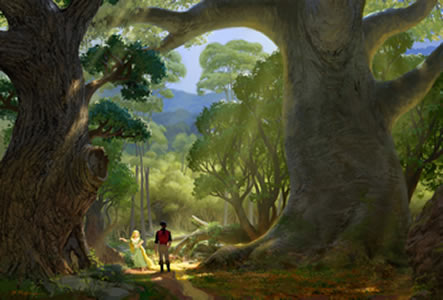 His other conclusions center around the importance of intrauterine bonding in that his research strongly suggests that the prenate, via pathways hormonal and unknown, picks up on the thoughts, feelings, and attitudes of the mother. More importantly, he asserted, the imprint of these factors on the fetus predetermines the later mother-child relationship. He emphasized that positive thoughts and feelings toward the fetus—”maternal love”—acts to cushion the new individual against the normal stresses and unavoidable harshness inherent in birth and early infancy. Yet all of this cannot be completely avoided. “Birth is like death to the newborn,” writes Verny (1984, p. 48). 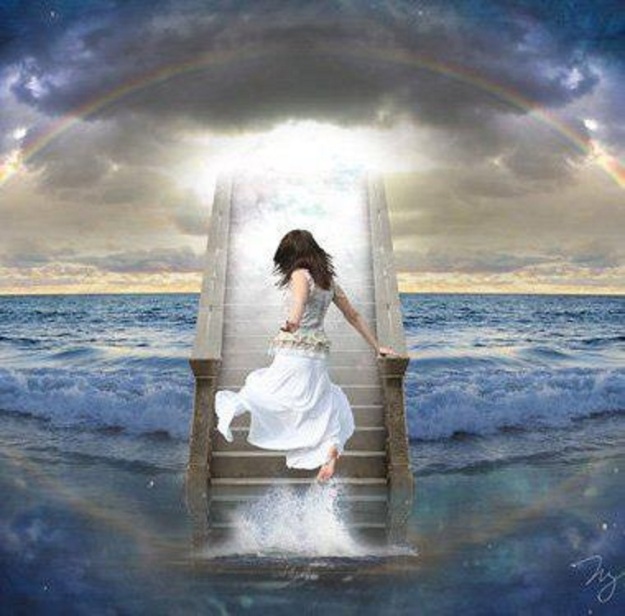 David Chamberlain (1988), for many years the president of APPPAH, has further substantiated the claim of consciousness at birth and the accuracy of pre- and perinatal memory in the phenomenon of re-experience. 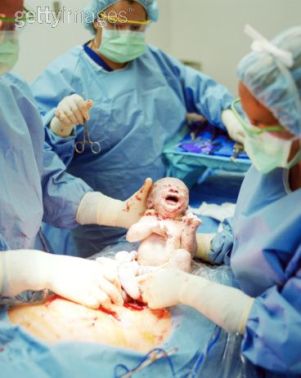 He reported one study he did in which he compared hypnotically retrieved memories of birth from mother and child and found an astonishing degree of conformity in their responses. Of note was the degree of inner consistency and originality in these memories as reported by the former neonate. They often contained technical details of the delivery and labor unlike what would be expected of the medically unsophisticated, a perceptive critique of the way the birth was handled, and other details of the event that could not have been known through normal conscious channels. 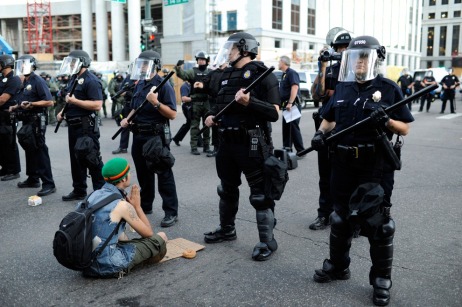 Lloyd deMause (1982, 1987) was instrumental in establishing the new interdisciplinary field of psychohistory. In his study of historical happenings he discovered that stages in the progression of events related to stages in the progression of gestation and birth … which stages happened to correspond, by the way, remarkably well with Stanislav Grof‘s four stages of birth, his Basic Perinatal Matrices, as we shall see. 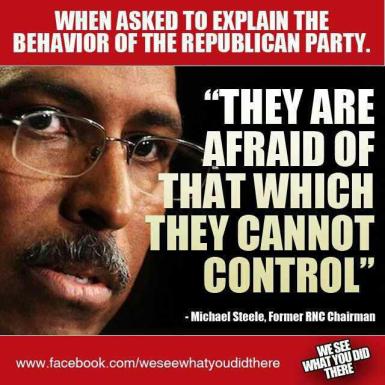 He found that natal imagery especially predominates in societies during times of crisis and war, when national purpose and state of affairs are construed as a need to escape or break free from an enclosing and constricting force. He also noted the suffering fetus and the poisonous placenta as sources of these later metaphors and imagery. In fact, in studying the imagery in the national media of various countries he has been able to predict political, social, and economic events such as wars and invasions, recessions, and political downfalls. 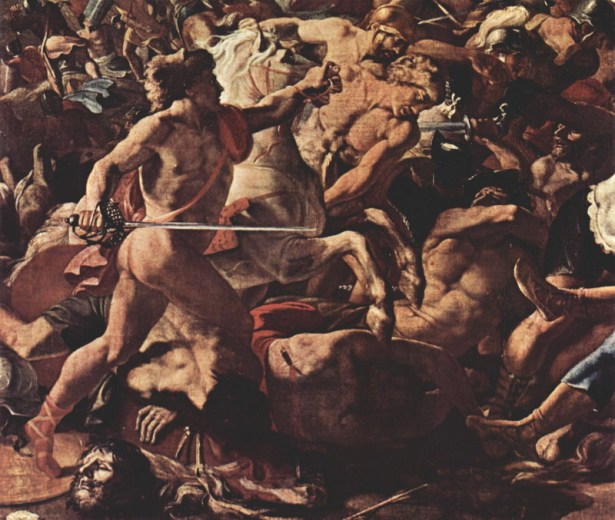 His work begins to look at the prenatal influences and imprints and how they related to macrocosmic issues of politics, history, social movements, and issues of war and peace. His work is extremely relevant to the issues of this book and we will be returning to him again and again in this work. 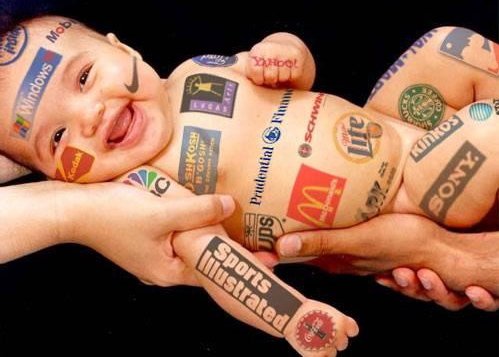 Continue with Everything You “Know” About Religion You Learned as a Fetus: We Are a Fever, Part Three — Later Prenatal Psychology Theorists — Breathwork, Myth, and Consciousness

Return to We Are a Fever, Part One: Perinatal Psychology, the Phenomenon of Re-Experience, and my Personal Involvement with This Research into Our Actual “Human Nature”

1 Response to Prenatal and Perinatal Psychology Overview — Early Theorists, Psychoanalysis, and Birth: We Are a Fever, Part Two — The Evidence That Life’s Blueprint Is Written at Birth