We Create Time to Escape from an Insufferable Now … Therein We Create Death: The Beginnings of Diminishing Divinity and of our Becoming Just an Idea

The Second Fall From Grace, Birth, Part One — The Wall: The Creation of Pain, Time, and Death Occurs with the Encounter with the “World-Obstacle”

Ontogenetically, the second fall is birth and correlates with Wilber’s secondary dualism, which he relates to the creation of time. As Wilber (1977) puts it, “the why of time’s genesis . . . it is nothing other than man’s avoidance of death” (p. 120).

He continues as follows, quoting Benoit (1955):

It is with the arising of the Existential Level that there occurs the infamous debate of  “to be or not to be;” because at the moment man severs his organism from his environment, then 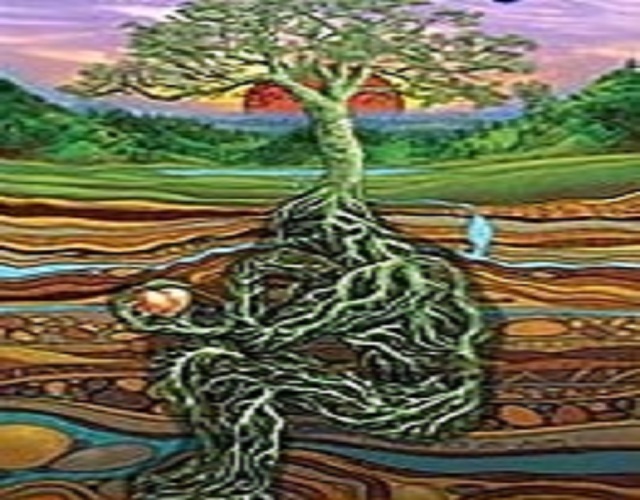 Suddenly he becomes conscious that his principle is not the principle of the universe, that there are things that exist independently of him, he becomes conscious of it in suffering from contact with the world-obstacle. At this moment appears conscious fear of death, of the danger which the Not-Self represents for the Self. (1977, p. 122) 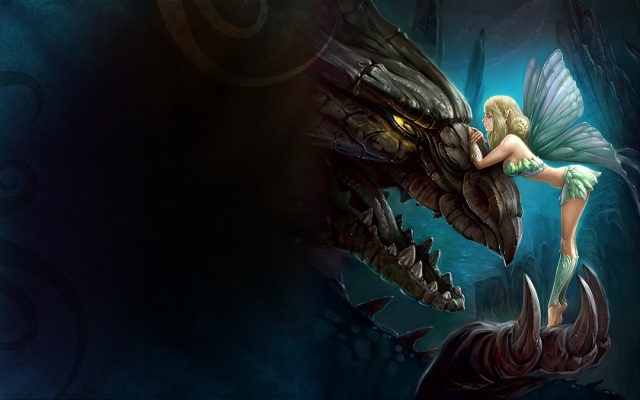 The Creation of Death in Encounter with the World-Obstacle

We see that fear of death arises out of suffering from contact with the world-obstacle. The metaphorical reflections of this, biologically, are the fetus’s encounter with suffering in the later stages of pregnancy. The fetus encounters the “world-obstacle,” the uterus, with the confinedness in the womb and its attendant suffering increasing daily and hourly. The fetus becomes even more conscious of this obstacle—and more identified with its physical form—in reaction to the Energy eruption from frustration.

So it is here farther along in the gestation process that we feel the separation (from divinity) with the encounter with the wall of the uterus. People use that metaphor: “I hit the wall.” In other words, “I’ve reached my limit.” This harkens back to that time in the womb. 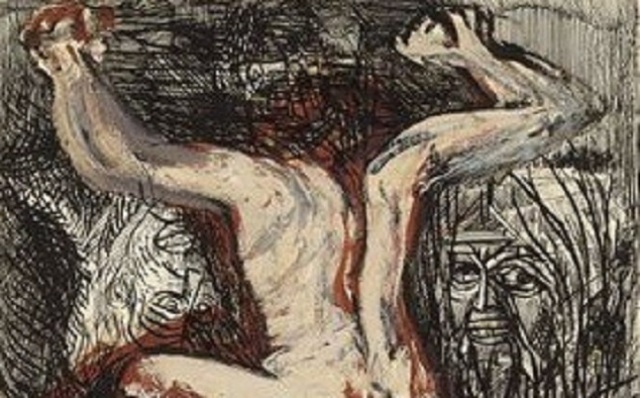 Shoham (1990) writes, “[I]n the midst of his omnipresent egocentricity, he experiences disastrously hostile surroundings” (p. 36). Though Shoham likens this to the “expulsion” phase of birth, this experience actually begins a little earlier, during the BPM II phase of birth—that is, in the late stages of pregnancy prior to the onset of labor.

Regardless, up until this point in the developments prior to birth, these two intentions have rarely been at odds: The self’s intentions to grow and to expand have been nurtured and aided, in a wonderfully synchronistic way, by the Other—in this case, specifically, by the environment of the mother’s body.  [Footnote 1] 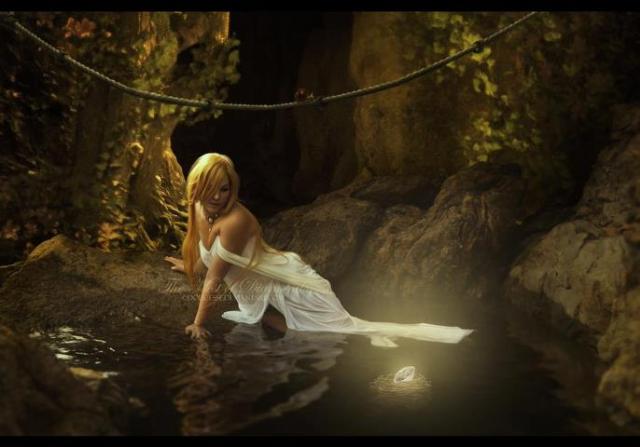 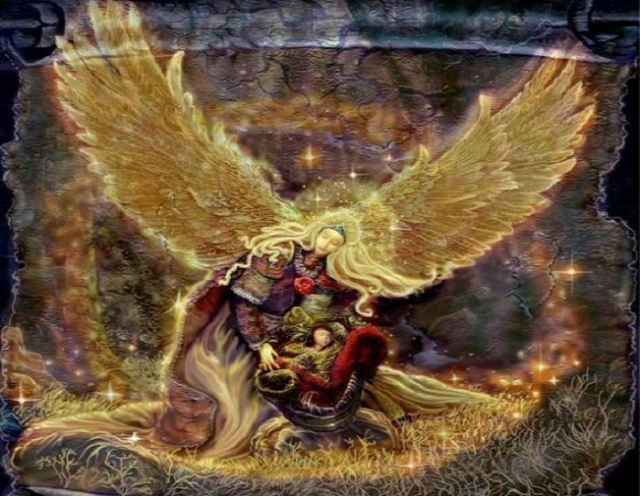 Toward the end of pregnancy, however, the organism’s intentions to grow and expand are contrary to the environment’s intentions to resist its further growth in response. By this I mean simply that there are limits to the elasticity of the womb and the mother’s body, which result in its becoming an increasing contrary pressure against the fetus’s growth. To the fetus, however, with the possibility of a different perspective—a “bi-focal” world arising with the primary split—it is as if the environment has “turned against” or “betrayed” it.

At any rate, this friction of opposing intentions (or perspectives) is Energy, just raw Energy until it is labeled. As Wilber (1977) put it:

As an example of this entire movement, let us again use the mobilization of anger, as when a person strikes me. The actual strike itself, in its simplest form, is just a movement of the universe, but as the primary dualism starts to occur, I sense a mobilization of energy arising within me. At this stage—before the primary dualism hardens—this energy is still pure, informal, intemporal. . . . (p. 190)

The Creation of Pleasure and Pain

In our example, of course, it is not someone striking the fetus. It is someone opposing the fetus’s uninhibited growth. The pattern is the same, however, in that “in its simplest form” the actual blocking of the fetus’s free movement “is just a movement of the universe.”

However, then the fetus does what indeed we all did. Since we were not “wholly” enough to accept this pure energy as simply our energy, our divinity (the consequence of the primary split), we make it “wrong,” we “label” it pain. This, of course, is not conceptual labeling here since concepts do not exist as yet. Rather, it is pure, organismic avoidance/rejection . . . a kind of cosmic mistrust.

Nonetheless, in “labeling” this confinedness in the womb, or “walling-in,” as “wrong” we seek to escape from it into a world of “right.” Therefore, out of the original creation of self and Other or organism and environment—with its concomitant of organism and obstacle (world-obstacle)—we have created the splitting of primary Energy into energy inside and energy coming from outside, into right and wrong, and therewith, pleasure and pain.

We Create Time to Escape from an Insufferable Now

Furthermore, since we cannot escape pain into space (we cannot move away or out . . . yet), we create another duality: the duality of time—of past and future. The fetus, in that time prior to birth (“up against the wall”), seeks to escape into memories of a sweetness just recently removed. With this move we have created the duality of life and death, of being and nonbeing. We have created nonbeing in that we are trying to escape the Now into the past which is a mere memory, an idea, a reflection only of the Now. Herein we have the beginnings of becoming just an idea.

1. There is much variation here, but it would be distracting to go into it too deeply at this point. Suffice it to say that everyone’s experience in the womb is not so marvelous. Too frequently—and more frequently in modern times with the advent of wide-scale drug use, unwanted pregnancies, and unnatural and chemicalized food supplies—the secondary shutdown-dualism occurs much earlier in pregnancy. The encounter with a “world-obstacle” and a “frustration” of fetal intention can occur even in very early stages of fetal development. In such cases, later womb experience takes on hellish tones and this has far-reaching ramifications throughout all later life.

Continue with Becoming Separated from Our Bodies at Birth, We Are Separated from Archetypal and Karmic Patterns, from Our Spiritual Selves: An Angel of Death Guards the Gates of Heaven

Return to Womb Existence Is a Separate But Connected State, of Space But Not Time, an Eternal Now: The First Fall From Grace, Part Six — Womb with a View, the Transpersonal Bands of Consciousness 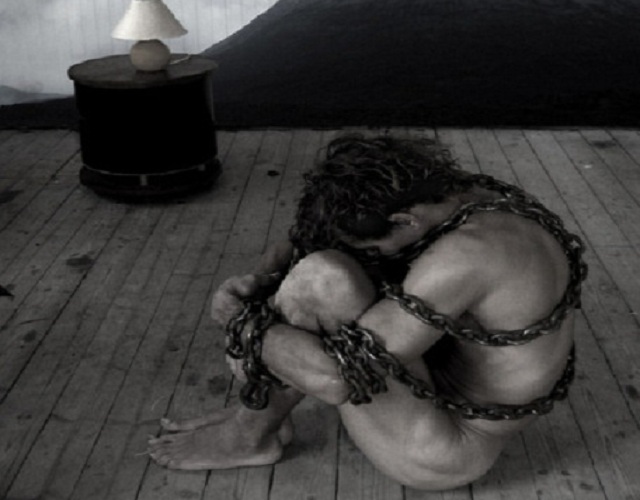 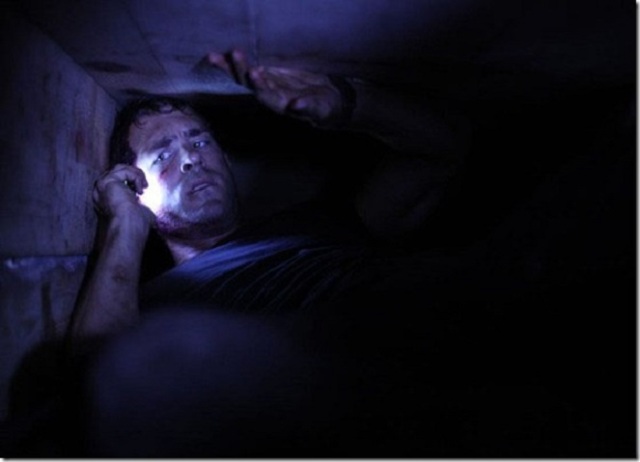 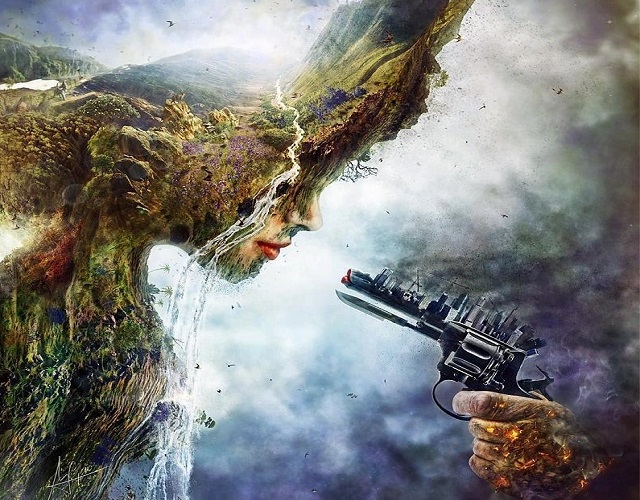 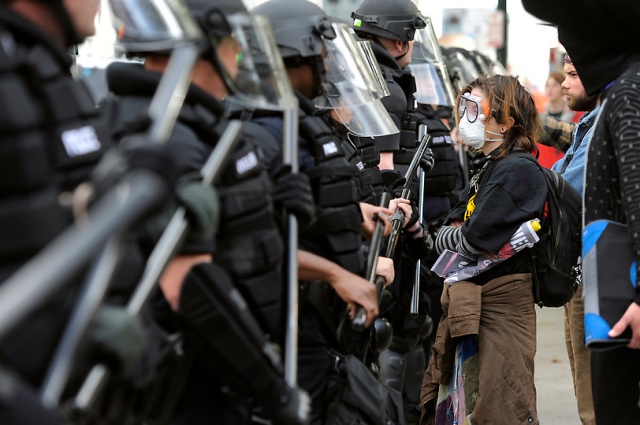 Activist, psychotherapist, pre- and perinatal psychologist, author, and environmentalist. I seek to inspire others to our deeper, more natural consciousness, to a primal, more delightful spirituality, and to taking up the cause of saving life on this planet, as motivated by love.
View all posts by sillymickel →
This entry was posted in Anthropology, Art/Poetry, Health and wellness, Philosophy, Psychology, Spirituality and tagged birth, consciousness, death, fetus, God, hell, humans, life, pain, perinatal, prenatal, psychology, religion, science, species, trauma, truth, unconscious, womb. Bookmark the permalink.

6 Responses to We Create Time to Escape from an Insufferable Now … Therein We Create Death: The Beginnings of Diminishing Divinity and of our Becoming Just an Idea