Becoming Separated from Our Bodies at Birth, We Are Separated from Archetypal and Karmic Patterns, from Our Spiritual Selves: An Angel of Death Guards the Gates of Heaven

The Second Fall From Grace, Birth, Part Two — The Creation of Ego: There Is a Separation from the Natural and the Institution of a Substitute Human Nature at Birth

Nonetheless, in “labeling” this confinedness in the womb, or “walling-in,” as “wrong” we seek to escape from it into a world of “right.” Therefore, out of the original creation of self and Other or organism and environment—with its concomitant of organism and obstacle (world-obstacle)—we have created the splitting of primary Energy into energy inside and energy coming from outside, into right and wrong, and therewith, pleasure and pain.

We Create Time to Escape from an Insufferable Now

Furthermore, since we cannot escape pain into space (we cannot move away or out . . . yet), we create another duality: the duality of time—of past and future. The fetus, in that time prior to birth (“up against the wall”), seeks to escape into memories of a sweetness just recently removed. With this move we have created the duality of life and death, of being and nonbeing. We have created nonbeing in that we are trying to escape the Now into the past which is a mere memory, an idea, a reflection only of the Now. Herein we have the beginnings of becoming just an idea. 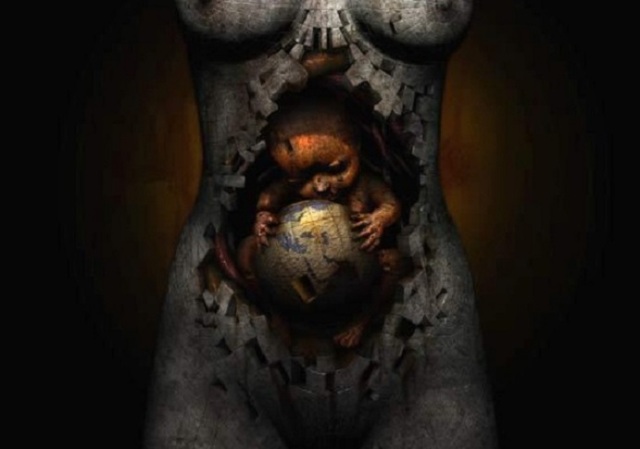 Grof (1976, 1980, 1985), in his many works, describes vividly this creation of death at the time of birth. His growth modality, called holotropic breathwork, uncovers conscious and palpable awareness of death alongside the agonies of birth in thousands of participants and thereby demonstrates their interconnectedness. Similarly, Janov (1983) points out that for many of us the time of birth is the closest we come to death for our entire lifetime, until of course our actual physical demise.

In reliving their births, participants gasp for air, turn red, scream, struggle fiercely—exhibiting to all about the terror of death and the titanic will to survive . . . being vs. nonbeing. But the neonate cannot escape into space, and is only little able to escape into time.

[I]n fleeing death, man is thrown out of the Now and into time, into a race for the future in an attempt to escape the death of the timeless Moment. The Secondary Dualism-Repression-Projection, because it severs the unity of life and death, simultaneously severs the unity of the Eternal Moment; for life, death, and eternity are one in this timeless Now. In other words, the separation of life and death is ultimately and intimately the same as the separation of past and future, and that is time! Hence is the Secondary Dualism the progenitor of time. And this means that the life in time is the life in repression, specifically, the Secondary Repression. (p. 124)

[M]an’s flight from death also generates the blind Will to Life, which is actually the blind panic of not having a future, the panic that is death. . . . Under the anxiety of fleeing death, the life of the organism itself is severed, its unity repressed and then projected as a psyche vs. a soma, as a soul vs. a body, as an ego vs. the flesh. (p. 124)

[M]an, not accepting death, abandons his mortal organism and escapes into something much more “solid” and impervious than “mere” flesh—namely, ideas. Man, in fleeing death, flees his mutable body and identifies with the seemingly undying idea of himself. Corrupt but flattering, this idea he calls his “ego,” his “self.” (p. 125)

Joseph Chilton Pearce (1980) describes this separation from the natural and the institution of a substitute “human nature” at birth in this way:

Future historians will shudder in loathing and horror at the hospital treatment of newborns and mothers in this very dark age of the medicine man and the surgeon and their uses of chemicals and cuttings. (p. 44)

[T]he aftereffects of technological hospital delivery are permanent. We have built an elaborate body of knowledge not only rationalizing the damage we have done, but also accepting the damaged product as natural and inevitable. And we accept all the massive problems resulting as “human nature.” (p. 45)

Having severed its self from its body—the metaphorical reflection of which, from a physical perspective, is the actual separation of mother and child at birth with the severing of the umbilical cord—the newborn has severed itself from its archetypal and karmic patterns, its relation to the Universe, its innate destiny and purposiveness. These realities lie ever afterwards out of reach on the other side of death.

Should there come a time in adulthood when the ego seeks intentionally to retrieve them, they will await a confrontation. They will be released only upon the acceptance, reliving, and integration of that darkest face from which one has flown . . . whether that integration be a holotropic death-birth experience, a primal-like reliving of birth trauma, a mystic dark night of the soul, a descent into hell or journey to Hades, the crucifixion/ego-death/resurrection scenario of a benign psychotic “break,” or a worked-through “spiritual emergency.”

However, this idea of ego into which one has fled is at this point newly formed and empty. An empty vessel or blank slate, it is ready to be filled with the contents of or written on with the concepts of culture. Dependent and helpless in its doubly separated state, it is eager now to mold and shape its newly created sense of self—as idea, as ego—with whatever patterns of experience present themselves. Buoyed up by concept against the tide of death’s muted presence, the ego is eager to fortify itself . . . for the smell of darkness is still close; the echoes of hell too recent.

This then is what remains of Energy, of Mind, of Absolute Subjectivity, of God. An angel of death guards the gates of heaven.

Continue with The Creation of Loneliness and the Expulsion from Paradise at Birth: The Why and Way of Mind, or Ego, Separating from Universal Consciousness

Return toWe Create Time to Escape from an Insufferable Now … Therein We Create Death: The Beginnings of Diminishing Divinity and of our Becoming Just an Idea 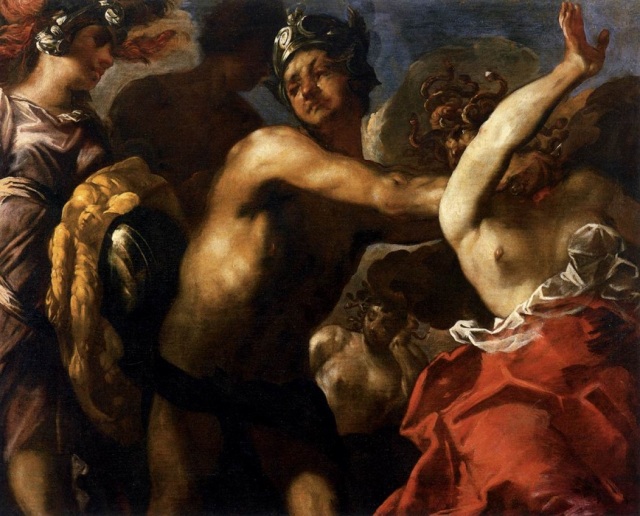 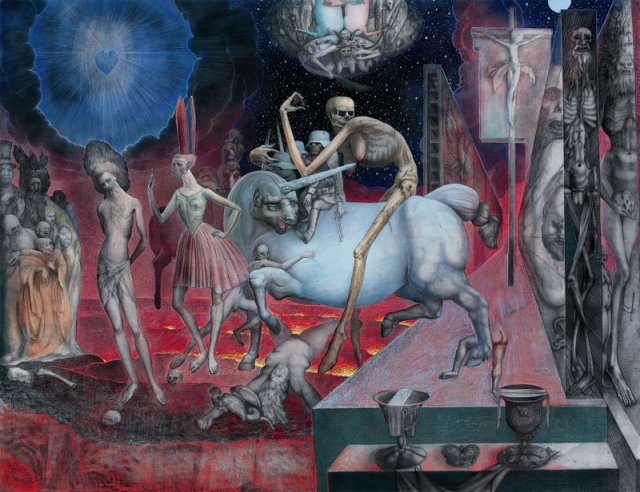 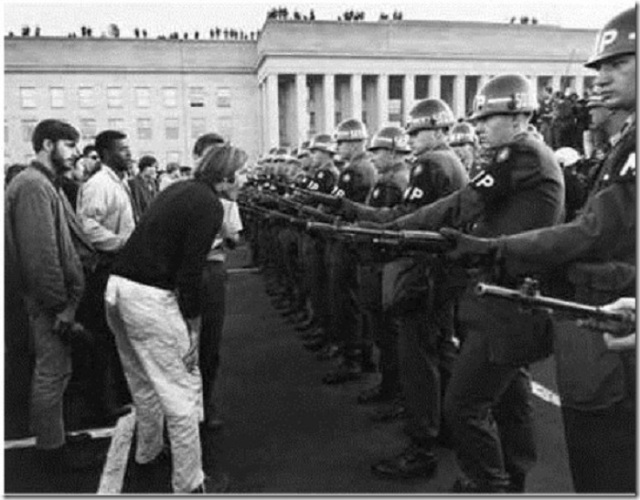 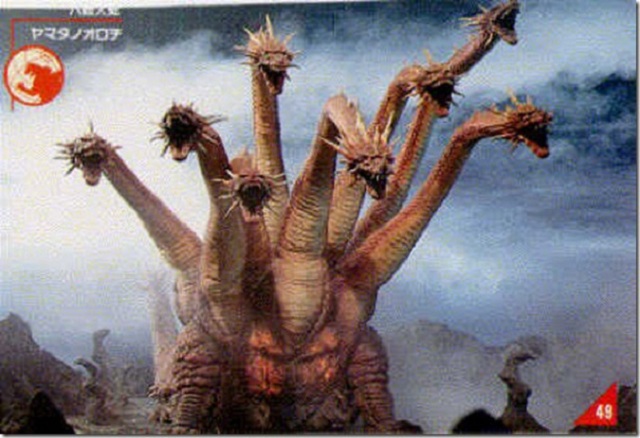 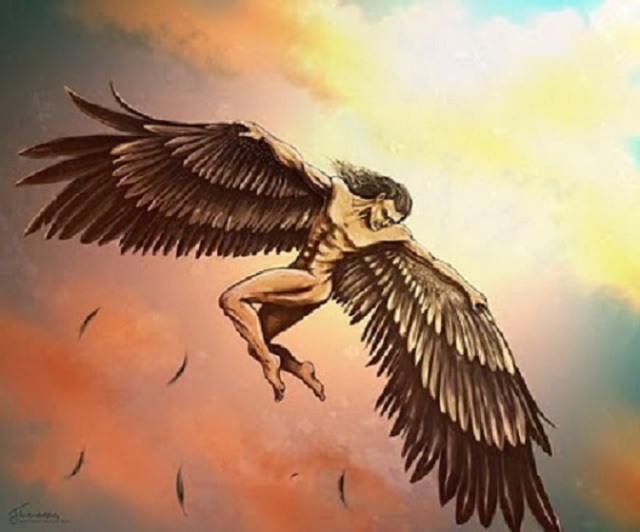 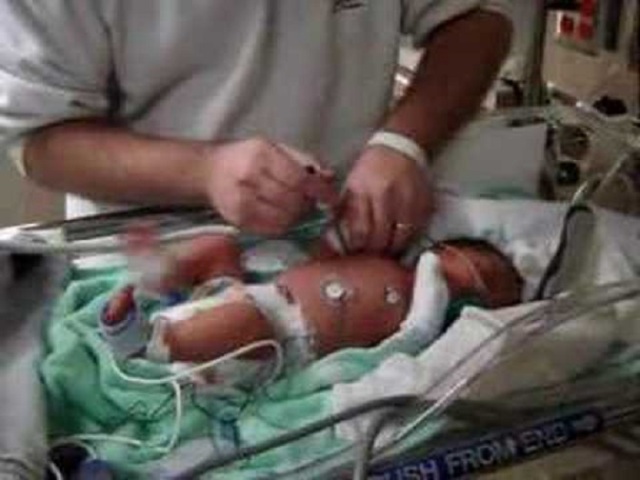 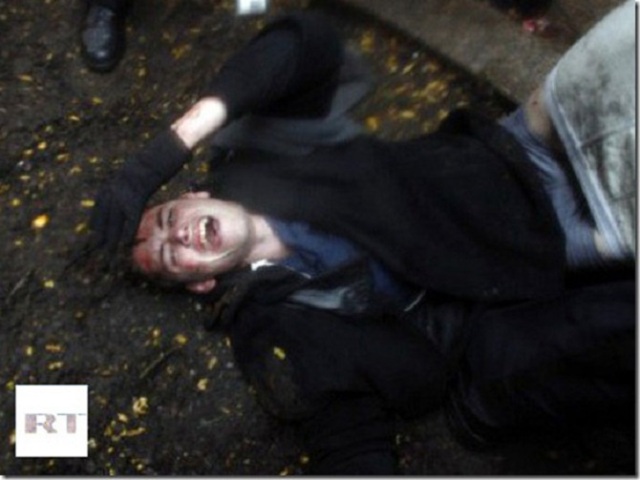 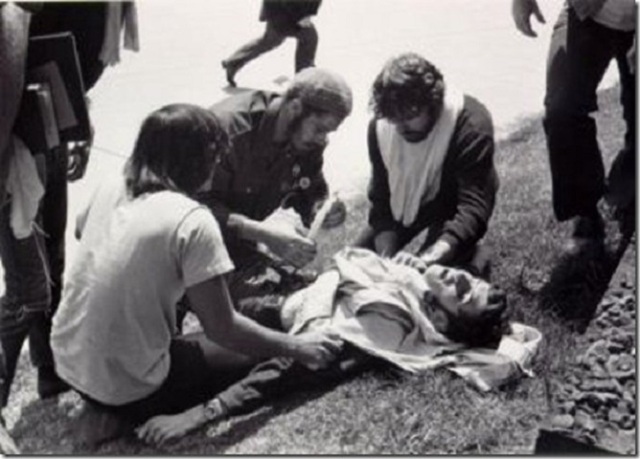 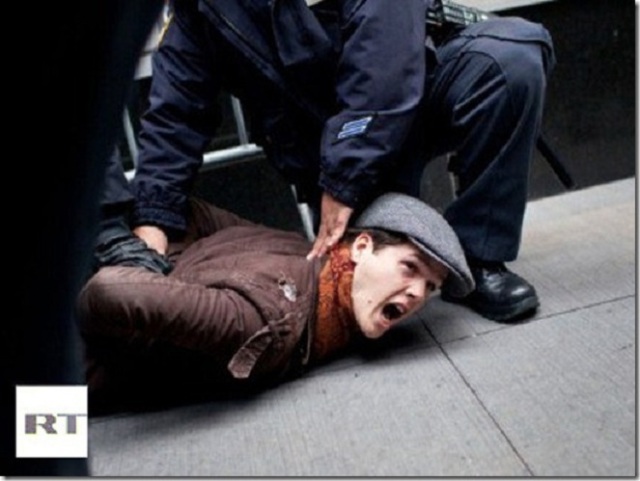 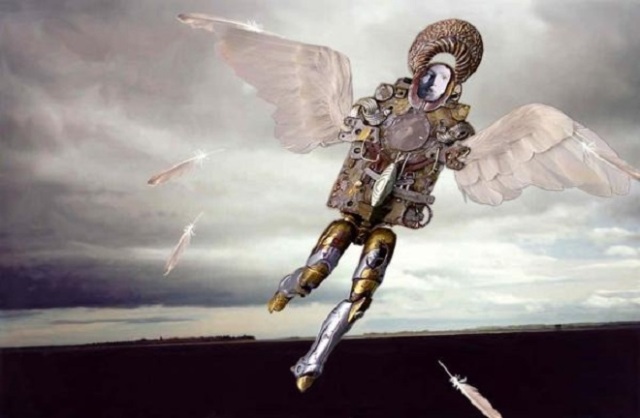 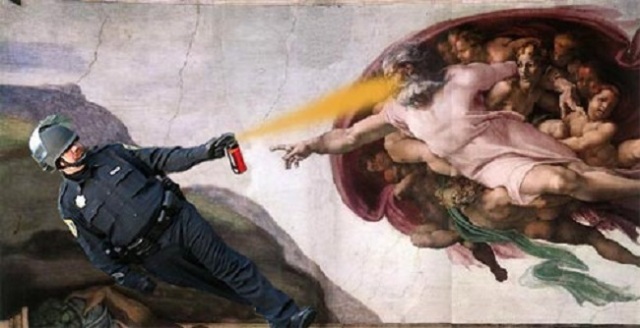 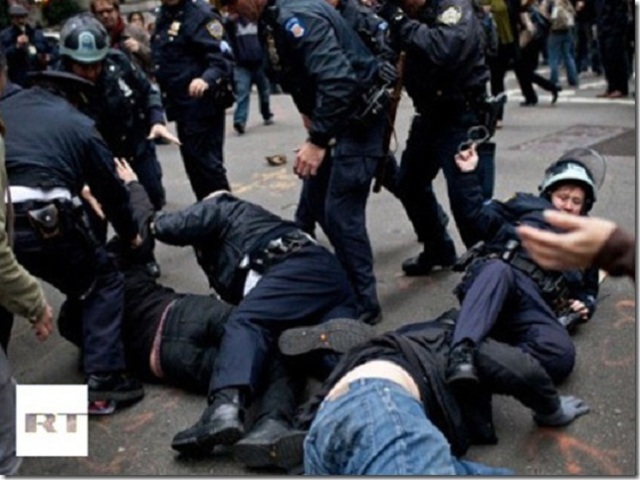 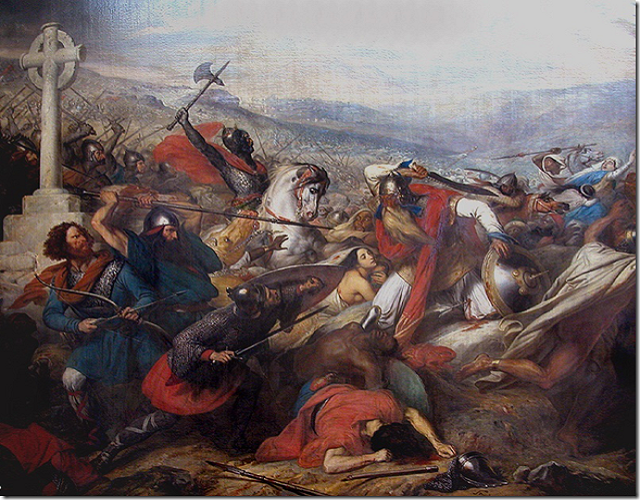 Continue with The Creation of Loneliness and the Expulsion from Paradise at Birth: The Why and Way of Mind, or Ego, Separating from Universal Consciousness

Return toWe Create Time to Escape from an Insufferable Now … Therein We Create Death: The Beginnings of Diminishing Divinity and of our Becoming Just an Idea

4 Responses to Becoming Separated from Our Bodies at Birth, We Are Separated from Archetypal and Karmic Patterns, from Our Spiritual Selves: An Angel of Death Guards the Gates of Heaven