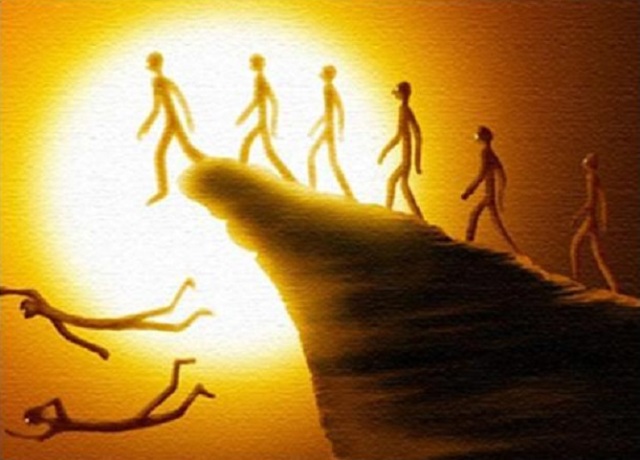 This book is being offered in its entirety online, free of charge and with complete graphics and audio-visual media, at this time. This policy may need to change when it is published separately and offered for sale in the very near future.

Apocalypse Emergency is about a frightening global predicament that everyone seems to be aware of, but which few people are giving the attention and seriousness it deserves. I talk about why people would do that, why the media would be inclined to shy away. Basically it’s understandable because we simply have no way of comprehending the magnitude of what is happening and how fast, since no living thing on this planet in its multibillion year history has had to face what we are.

I compare what is happening right now to cause planetary death in the relatively near future to a trillion-alarm fire with everyone looking the other way. I say you need to respond to this with the urgency of being in a world war, marshaling all available national and world resources to bear on it, and not with the complacency of a boy-scout litter pick up campaign.

I use spiritual fantasy and real world analogies to help us get a handle on what we’re facing. In jumping into these “waters,” I expected to be emotionally beat up. But instead I came to many understandings, and found I saw the positions of many who aren’t helping right now somewhat through their eyes, and found compassion, not blame.

The ending lifted me up in a way that I haven’t felt in a long time on this matter. I can only say that my long term study of humans—as a depth psychotherapist and as a student of other cultures across all time periods, that is, anthropology—informed my conclusions, shaped them, and took me to visions of possible futures that I did not expect, but seem, if not as likely, then at least as worthy of the human spirit as we deserve.

For all we’ve done it seems we have called down upon ourselves to be tested and to be found either worthy, or deserving of the grave we’re digging. However, facing dire challenges—and this being the most dire of all—brings out the best in Humans.

I left the piece feeling so much love and unity with all humans and living things, for I knew that at no other time in the history of the world was the truth of the saying “we’re all in this together” more patently true.

Apocalypse Emergency goes back and forth between the horrors that are possible and, well, let us say, this unique situation with the potential so strong to bring humans to raise themselves up and be led by their better angels more than any other time. What it will mean could be exciting and triumphant beyond belief as humans come out of their puerile adolescent phase and become united and shaped for millennia by this great struggle. We could also die trying our mightiest, which has a nobility to it.

Currently we are looking like the stupidest beings ever to dream the dream of thingness and duality.

It’ll be scary and interesting, and you’ll be helped if you have a strong faith in a Higher Power.

Beyond that, it will be the biggest adventure that the entire globe ever faced together, and the outcome could be just about anything.

If you care about your children, you’ll “man up,” “woman up,” “cowboy up,” whatever…anything but cover up…and face the horror, become the noble humans we are capable of being, and join with others to pull off the most heroic actions of all time.

Or else we’ll be deemed throughout the Universe as “suicidal ape,” and our portrait will be no different from Mars.

The better angels of our beings urge us to pay attention to what is being said…. 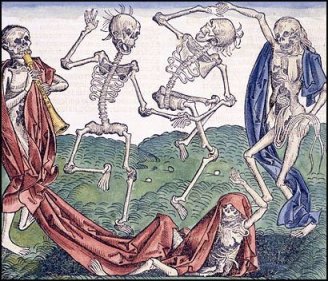 …I can’t believe the nonchalance around the huge environmental catastrophes that have gone on in just the last three years alone—specifically, the Gulf Oil Spill and the Fukushima Japan nuclear disaster. When the BP disaster was ongoing and gushing devastating amounts of oil into the Gulf, Donna Brazille, frustrated with the Obama Administration’s response to the Spill, fumed aloud, “Where is the fierce urgency of Now?!!!

When you get a call at work that your house is on fire, you rush home worrying about whether your family is alive or dead, what, if anything, remains of your precious keepsakes, and so on. And you don’t, this time, stop on the way home to have a short visit with your mother at the nursing home, grab a few things at the grocery store, or even fill up your tank at the gas station! YOU GO STRAIGHT HOME AND TRY TO SAVE YOUR FAMILY AND HOME!  MORE…. 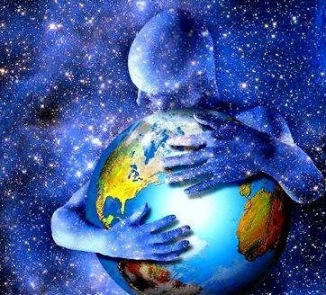 …I know there are others like myself right now attempting to wake up the noble spirited, the heroic among us, who once convinced will add whatever unique qualities God has blessed them to this once in a multibillions chance to be good, kind, brave, hard working, sympathetic, heartful, strong, God-loving, life embracing, laughter-, song-, and children-loving humans again.

To be humans again, not greedy beasts of prey with green in their eyes and their blood, who have been taking over this planet for several decades now, for idiotically selfish ends. So maddened are they, we have already seen the first incredible detonation of their unconcern for this planet—all God’s creatures on it, and even their own offspring—in this collapse of an entire global economic system in what seemed practically to be overnight in 2007. So insane they, we have seen the consequences of their greedy craving in the increasing radiation of the planet, through accidents like Fukushima, and the dying of the oceans—our oxygen source—with the Gulf Oil Spill.  MORE….

Chapter Three: A Conversation on the Eve of Apocalypse

People are becoming zombies in the face of their death, their own upcoming suffering, not to mention the death of all life on this planet. Do an internet search on apocalypse and note how little, if anything, is posted about the urgency or emergency of our current situation.

It comes across as a big party on a South Pacific Island in a hotel that everyone there knows will not survive the incoming tsunami or killer hurricane. But in the meantime they’re drinking themselves silly, drugging…gonna party their way to the end. That is not a rational response to the end of all life. 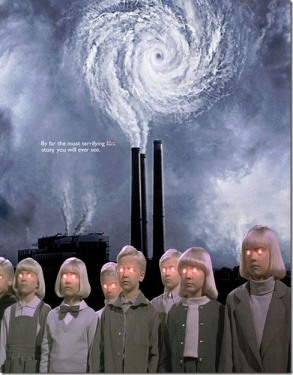 False bravado—as described in the last chapter—is the most insane response to our predicament, with one exception: That is, what I’m hearing is a kind of euphoria and longing for the end of it all in evangelical groups who think of it as the Rapture—a kind of being freed from what is seen as an onerous Earth existence and the reward of the true life one thinks one deserves of ease, love, and happiness in heaven.

Now, is that not the most extreme form of reaction formation you have ever heard? These folks have developed an elaborate, comforting fantasy to escape the facts of their lives. MORE….

…Freud took it beyond our inner struggles and talked about how the events of the world, the actions and movements of history, and the dramas of all the ages are in fact the products of this inner struggle.

At this very moment, our lesser selves are taking us on a path that leads inevitably, one way or another, to total species extinction. But not just that, being the “overachieving” species we are, we are bringing total life extinction to this planet and possibly even planetary annihilation–the death of virtually all life on this Earth….

This discussion is only now beginning.  MORE…. 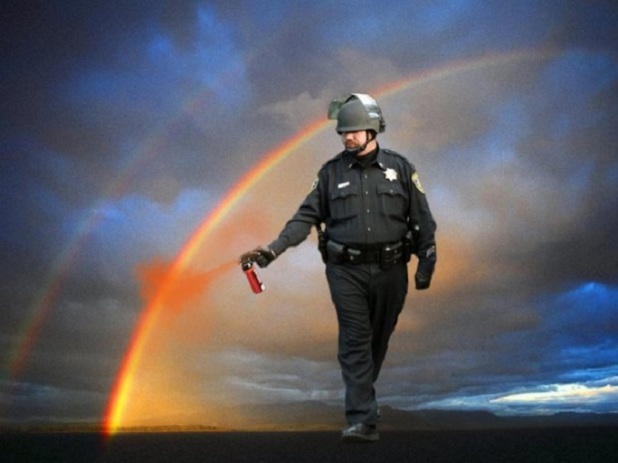 Continue with Book Four:
Apocalypse No: Apocalypse or Earth Rebirth and the Emerging Perinatal Unconscious