Falls from Grace: The Devolution and Revolution of Consciousness 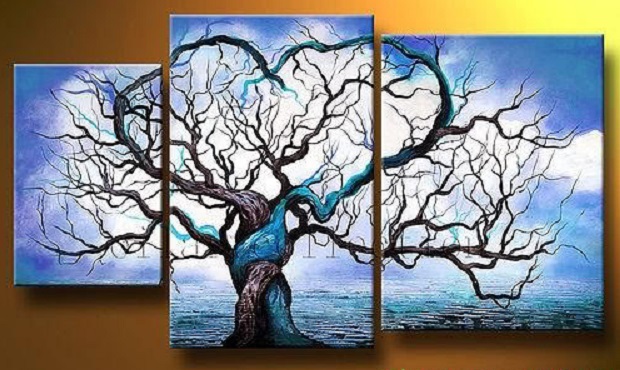 Soul and Cell and the Devolutional Model of Consciousness: The Reconciliation of Prenatal and Perinatal and Transpersonal Psychology 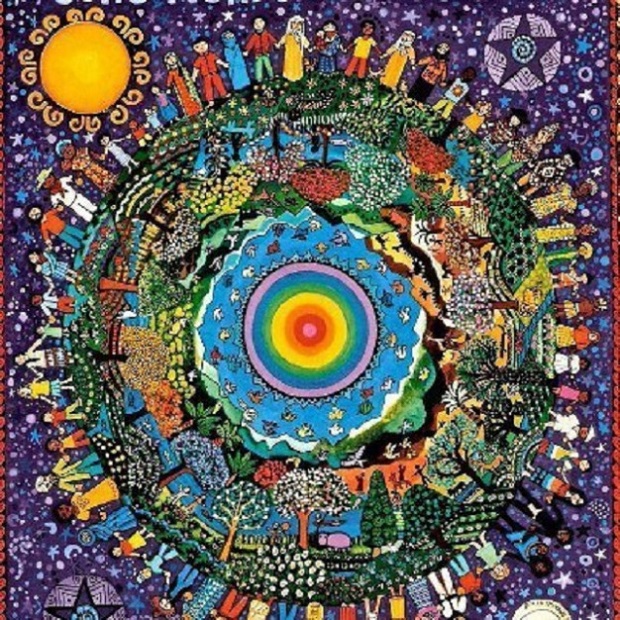 Falls from Grace presents a radical theory of spirituality, evolution, child development, stages of life, purpose of life, human nature, and the human species. It is a comprehensive theory, which basically turns everything we think is true on its head. It reveals that human ego is a filter to truth and so, for the most part, turns truth into falsehood and vice-versa. Truth outside of ego, absolute truth—what exists when ego needs are filtered out—often ends up being the opposite of what humans’ egos have propounded as self-evident.

While Falls from Grace is a radical view, it is in line with mystical beliefs, platonic thought, and even much of primitive or primal-like views of the world and Nature. 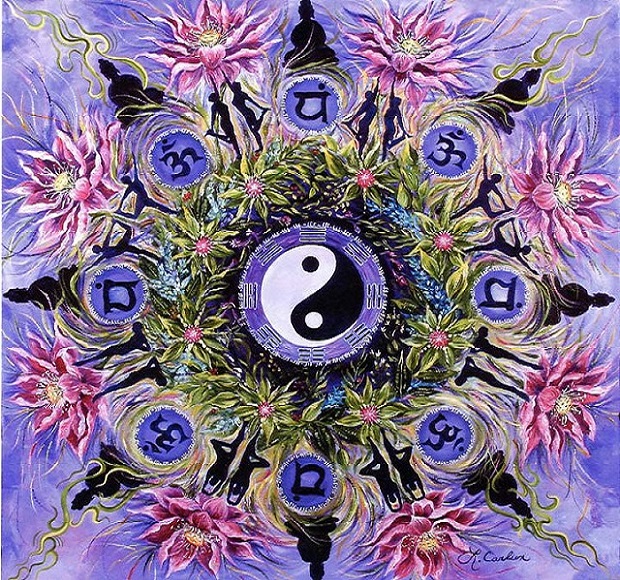 Falls from Grace — Description and Overview

This work brings the new information of prenatal and perinatal psychology to bear upon basic spiritual and philosophical constructs regarding the nature of consciousness, child development, personal growth, and transpersonal “evolution.”

A Devolutional Model of Consciousness and Development

It utilizes the results of the phenomenon of re-experience of events surrounding and preceding one’s birth, as well as the more empirically rooted findings concerning our origins and our earliest experiences, into a coherent structure for understanding their implications. This structure is a devolutional model, meaning that the normal process of development is seen as a regression from or “forgetting” of prior, more aware states.

After an initial overview of the field of prenatal and perinatal psychology, that review of the current understanding and findings in this area is built upon in making a case for the legitimacy of prenatal spirituality. Prenatal spirituality means basically two things: (1) that regression to pre- and perinatal states represents a spiritual progression and a proximity to and increased access of spiritual states and awareness; and (2) that these earliest events themselves, as they originally occurred, were characterized by a similar heightened spiritual proximity and awareness. 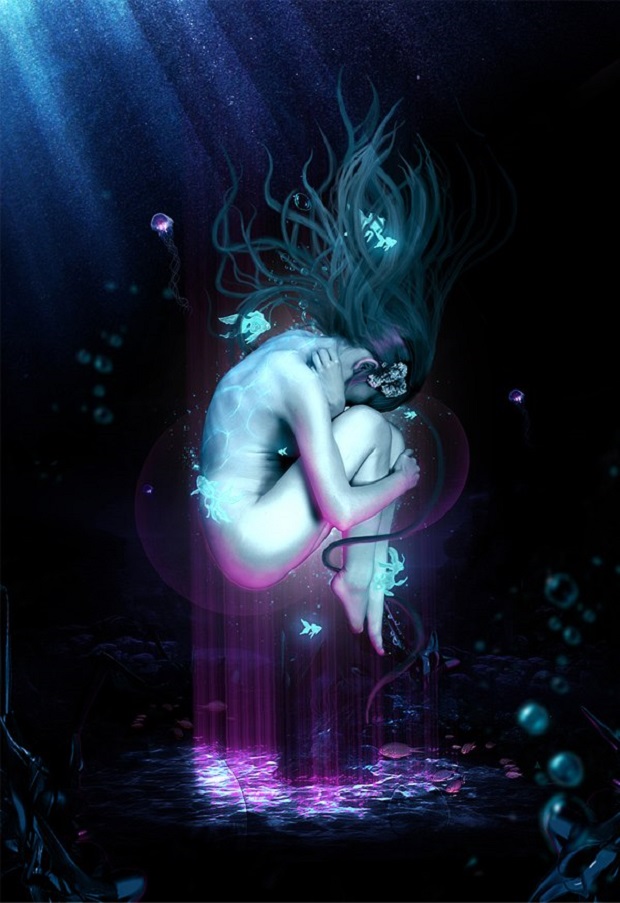 Following immediately afterwards, are the chapters that present the ontogenetic model of consciousness and devolutional — meaning the opposite of evolution — development based on such inquiry. It is the heart of the vision of this book. This part, titled “Falls From Grace,” details a process of removal from divinity or a higher state during the process of coming into this world as a series of stages, four stages, in fact. These stages center on the events of conception, birth, the primal scene (around age four or five), and puberty or the identity stage. Astonishingly, they happen to correspond to Ken Wilber’s (1977) levels of consciousness in his “spectrum of consciousness.” 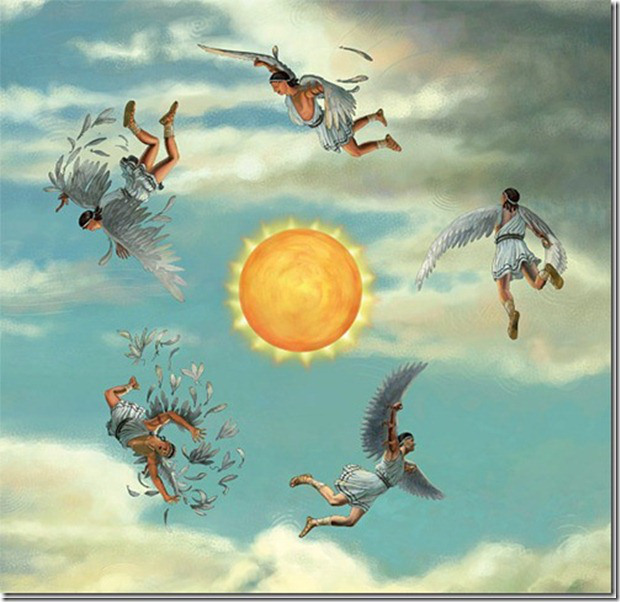 Implications of This Are for an Overthrow of the Usual Ideas of Child Development, Parenting, Personal Growth, Psychotherapy, and Spiritual Evolution

This work finishes with a presentation of the implications of this model for child development and parenting, for psychotherapy and personal growth, and for spiritual evolution and higher consciousness. This part carries forward some of the themes presented thus far to their logical conclusions in terms of their effects on current models and thinking and on society and culture. The earliest indications are that the implications from including the prenatal and primal perspective are vast. For indeed this new perspective, this new information seems to call for an overthrow, or at least a reversal, of many of the aspects of the dominant paradigms in parenting, child development, psychotherapy, and spiritual growth. Such a prospect can hardly be deemed unimportant. 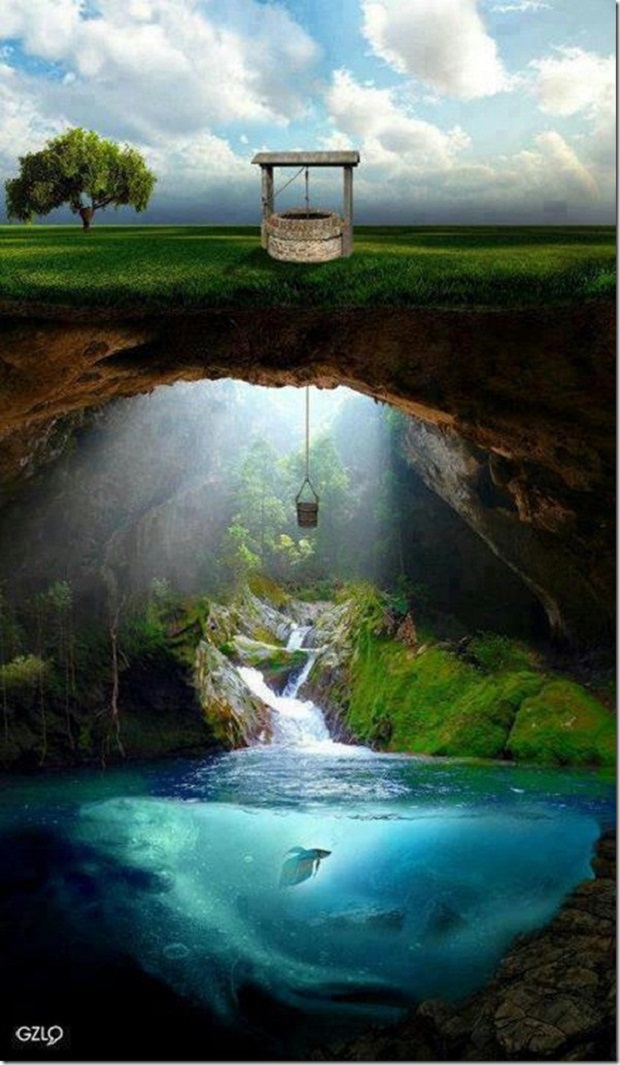 Falls from Grace, Introduction — The Radical Rational View of Us and It: “Normal” Truth Is Convenient Truth … and Is Anything But True

Chapter One:  Pre- and Perinatal Psychology and the Phenomenon of Re-Experience

Everything You “Know” About Life You Learned as a Fetus: Foundations of Myth and Mind and my Personal Involvement with This Research into Our Actual “Human Nature” 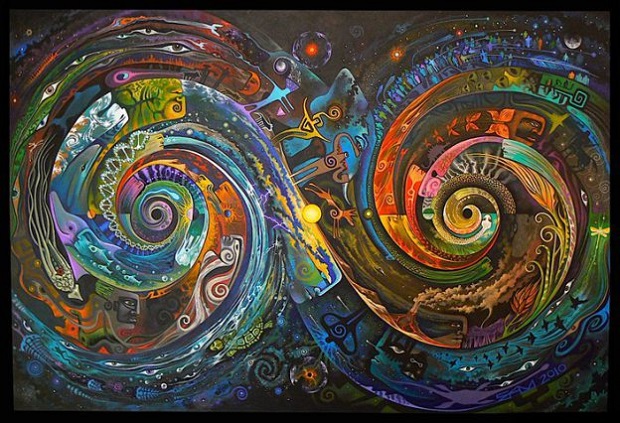 How Valid Are Spiritual Experiences? Psychedelic Research and Deep Experiential Psychotherapy Have Intensified the Exploration of Spiritual Aspects of the Unconscious

Is God a Defense? Is Passion not Spiritual? A Primal Perspective on Spirituality, Part Two — To Travel Unafraid Through All the Rooms of One’s House

“At Times I Hopped Like a Frog … Between Smiles and Tears, I Continued my Inward Journey.” — Guru Muktananda: A Primal Perspective on Spirituality, Part Three — Cathartic Meditation

The Primal Serene — A Primal Perspective on Spirituality, Part Four: How Passion Promotes Serenity and the Detached Observer in Catharsis — The Eye of the Storm

Approaching the “Source”: Right-Left Brain Integration, Theta Waves … Hypnogogic Experiences, and Delta Waves … A Nightly Return to Our Roots in the Infinite

Levels of Pain, Levels of Bliss and the First Shutdown: “I Went from Birth to an Inter-Uterine State to Conception to Floating in the Icy Vastness of Space.” 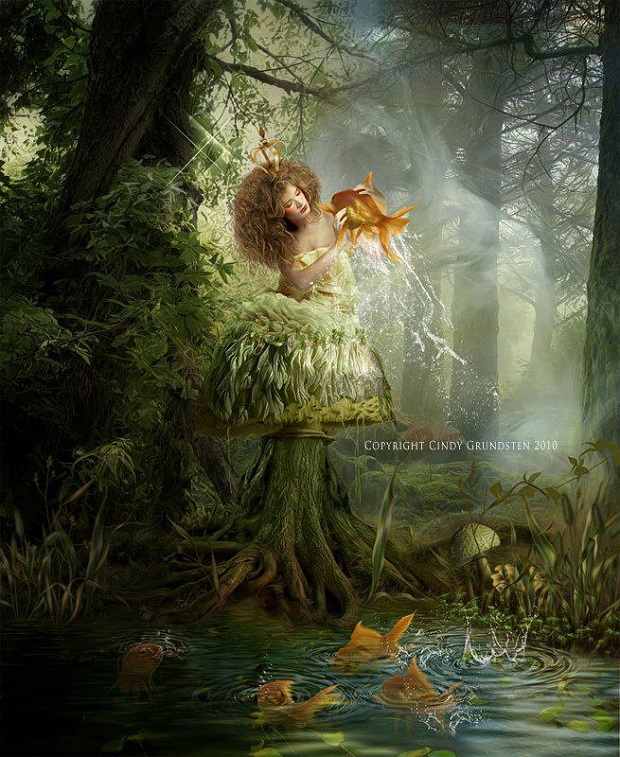 The Joy Beneath the Pain and Positive Possibilities of Experiential Process: A Primal Perspective on Spirituality, Part Seven — The Roots of Bliss

The Making of a Calmer Crazy Person … Why Meditation by Itself Is Often Not Enough: A Primal Perspective on Spirituality, Part Eight — Non-Conceptual Experience

Bad Karma Enters Us Through Our Birth and Womb Experiences … Meditation as a Defense: A Primal Perspective on Spirituality, Part Nine — Karmic Genetics 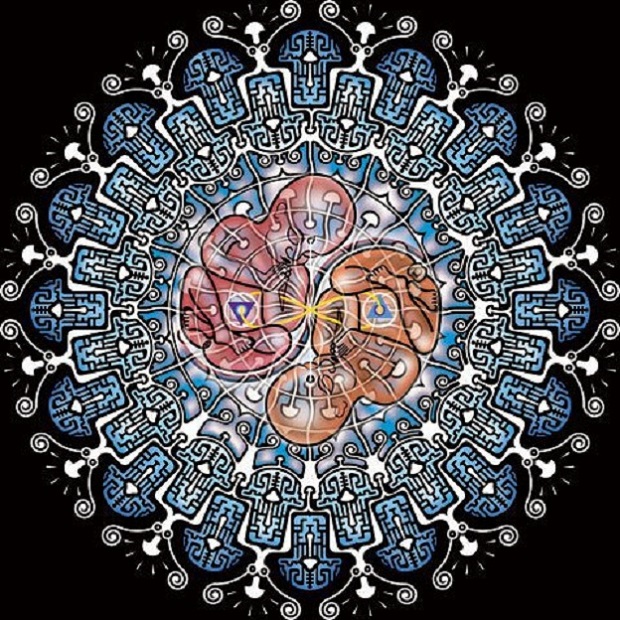 A Primal Perspective on Spirituality, Part Ten — Clean and Unclean Mysticism: The “Monsters” and Demons and Fear Do Not Exist Outside of You

Science Has Uncovered Something Subtler Than the Physical, Undergirding One’s Life, and Interconnected with All and Everyone: Deeper, and Higher, Spiritual Realities

Enlightenment as an Attitude of Adventuring … Eventually It Is Simply About Staying Open to Experience/Process: A Primal Perspective, Part Twelve — Zorba the Buddha

The Agonies and Ecstasies of Exquisiteness: A Primal Perspective on Spirituality, Part Thirteen — The Psyche Heals Itself … If Only Allowed to Do So 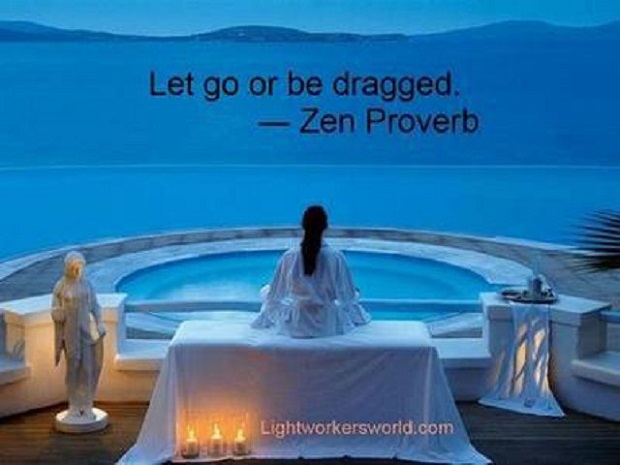 The Spirituality of Cells and Seeds of Light in Every Darkness: All the Things We Do in Life Are Distant Reflections of Our Earliest Life as Cells

We Are Always and Only “Just a Membrane Away” … from Understanding Everything: A Foray Into Cellular/ Transpersonal Consciousness, Part Two — “Juicy Caring” and the Answer to Pain

Life Is a Sickness … for the Purpose of Getting Us Well: A Foray Into Cellular/ Transpersonal Consciousness, Part Three — There Is Always Grace 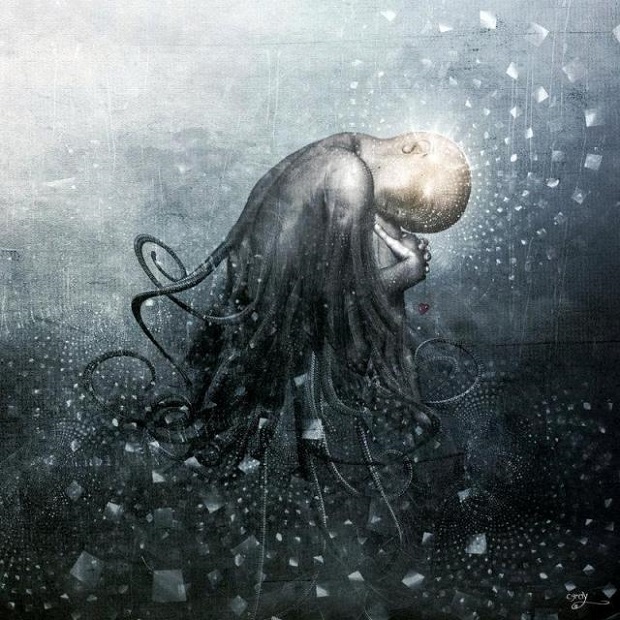 Past Lives, Other Lives, and The Vast Hole of the “Not the Tribal”: A Foray Into Cellular/Transpersonal Consciousness, Part Four — Sidling Up to the Implicate Order

The Sound of Creation and Cellular Template of Eternal Bliss: I Was This Pulsating One-Celled Animal … Each Reaching Out Was Joy of Being Alive

The Bliss of Connection with Others … But There Is a Pain in Unexpressed Love: A Foray Into Cellular/Transpersonal Consciousness, Part Six — Womb with a Review 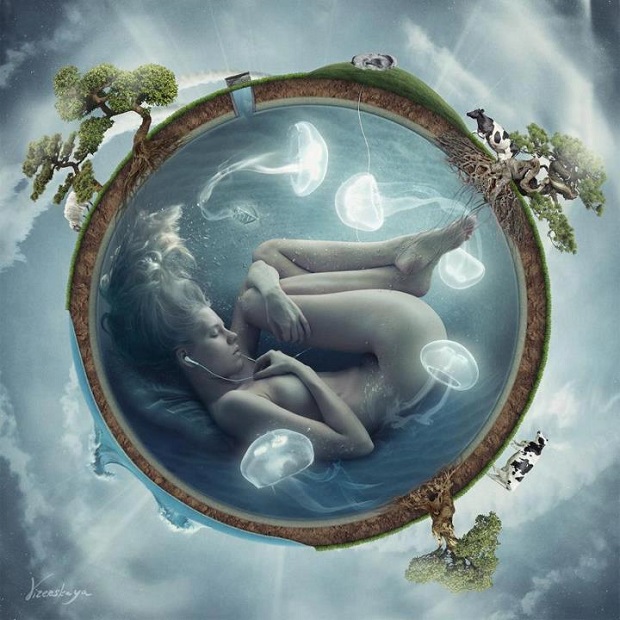 Tribes and Wonder Versus Civilization and Suffering: More Nestling Up With the Implicate Order, Or Before and After the Western Fall (Split)

Part 2: Falls from Grace: A Devolutional Model of Consciousness Incorporation Pre- and Perinatal and Spectrum/Transpersonal Philosophy

Biology as Metaphor and Mythology, Part One: “The Map Is Not the Territory” and Biological Phases As Levels of Consciousness 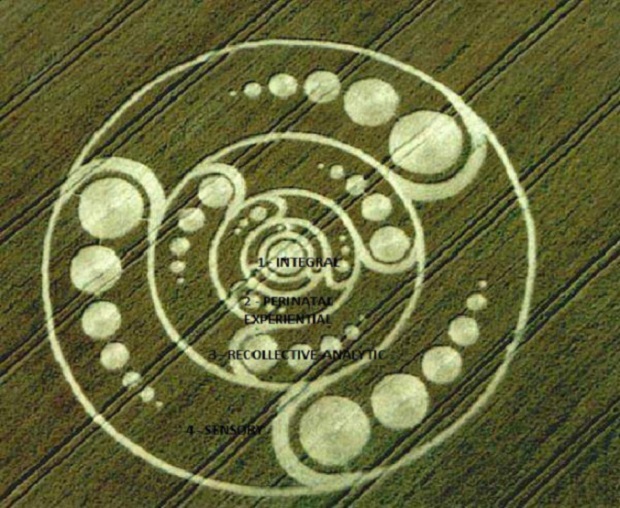 Cellular Memory’s Challenge to Materialism and Support for Panpsychism: The Body Arises from Consciousness, Not Vice-Versa, but There Is a Legitimacy to Heuristic Inquiry Into Form

Morphogenetic Fields Theory Makes Genetics Obsolete and Unnecessary … and Cellular Memory Understandable: The Theories of Morphic Resonance and “Prior Conditions”

Mythology Tells the Tale of Our Lives as Cells: “Whatever Happened to Us in the Amnestic Years … Is Projected Toward Cosmogony, Magic and Other Human Beings.” 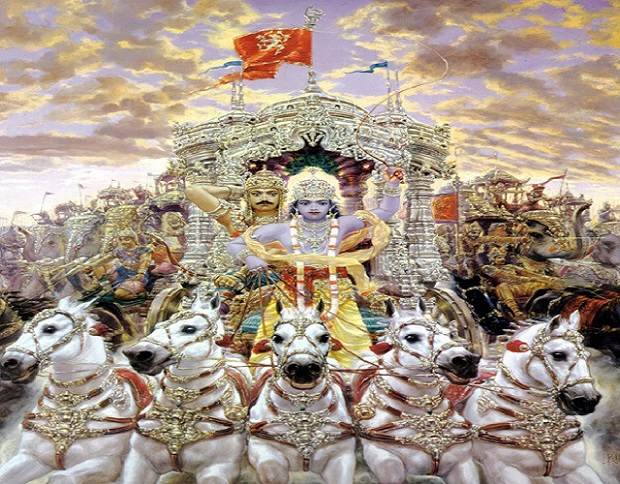 Chapter Five:  The First Fall From Grace: Sperm/Egg and Conception

Cellular Consciousness and The Chonyid Bardo: “Like a Prodigal Child, I Had Run Away from my Macrocosmic Home and Imprisoned Myself in a Narrow Microcosm.” (Paramahansa Yogananda)

In the Beginning, the “Thin Pipe From Infinity” … “Emanated Light Into the World”: We Begin with “Contraction” … Biological and Spiritual … How We Tell Ourselves That in Myth 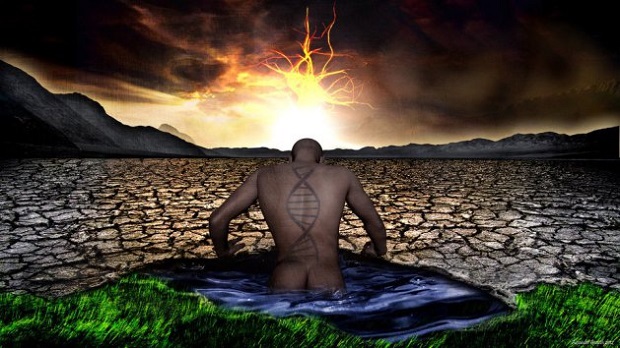 The Scattering of the Divine Sparks and Divine Symbiosis: The First Fall From Grace, Sperm/Egg and Conception, Part Three — “Theurgic Conception”

Mythology Supports What We Have Learned Experientially — The Release of Sperm and Egg Is the First Removal from Divinity: The Breaking of the Vessels and the First Separation

The Child Is Tasked with Cleansing the World of a Taint Passed Down from the Beginnings of Time: The First Fall From Grace, Sperm/Egg and Conception, Part Five — “Mending the Catastrophe”

Womb Existence Is a Separate But Connected State, of Space But Not Time, an Eternal Now: The First Fall From Grace, Part Six — Womb with a View, the Transpersonal Bands of Consciousness 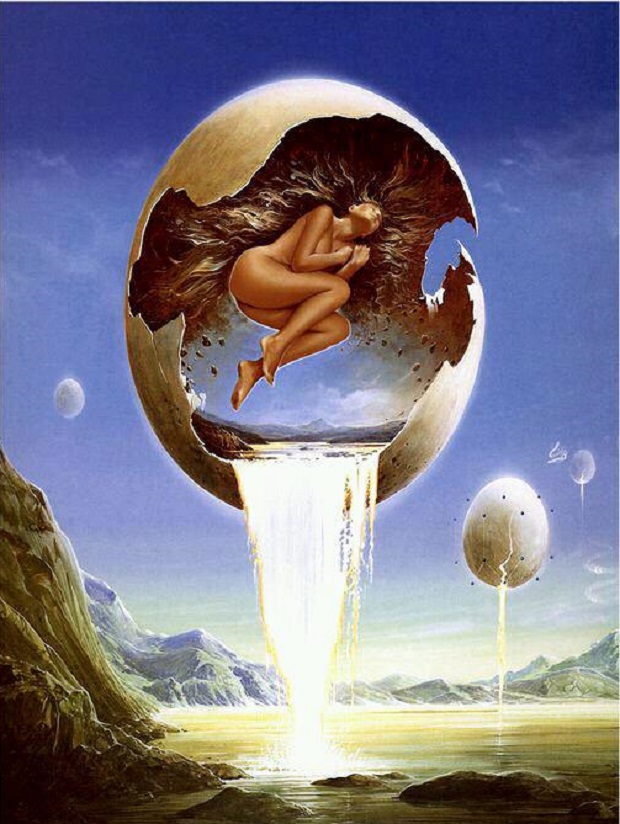 We Create Time to Escape from an Insufferable Now … Therein We Create Death: The Beginnings of Diminishing Divinity and of our Becoming Just an Idea

Becoming Separated from Our Bodies at Birth, We Are Separated from Archetypal and Karmic Patterns, from Our Spiritual Selves: An Angel of Death Guards the Gates of Heaven

The Creation of Loneliness and the Expulsion from Paradise at Birth: The Why and Way of Mind, or Ego, Separating from Universal Consciousness

Becoming Not Yourself: The Centaur Stage of Infant and Toddler Learning Involves Learning You Are Not OK and Continues the Separation from Innate Divinity

Chapter Seven:  The Third Fall From Grace: The Primal Scene

At the Age of Four or Five, Giving Up, We Become “Them”: Life Is Passed Performing Rituals and Mouthing Incantations in the Service of Others’ Requirements

Having Become “Them,” We Are Left Forever Asking “Who Am I?” The Third Fall From Grace, The Primal Scene, Part Two — The Philosophic Bands 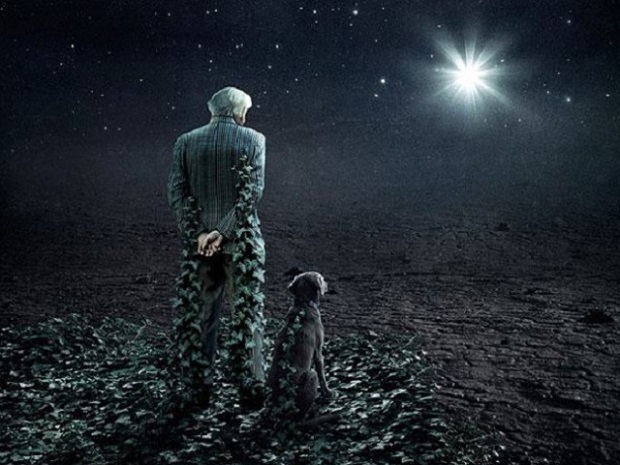 Resistance Is Futile … One Doesn’t Have One’s Own Mind … One Takes Up the “Mind” of the “Collective”: The Fourth Fall From Grace — Rites of Passage, Becoming “Adult” 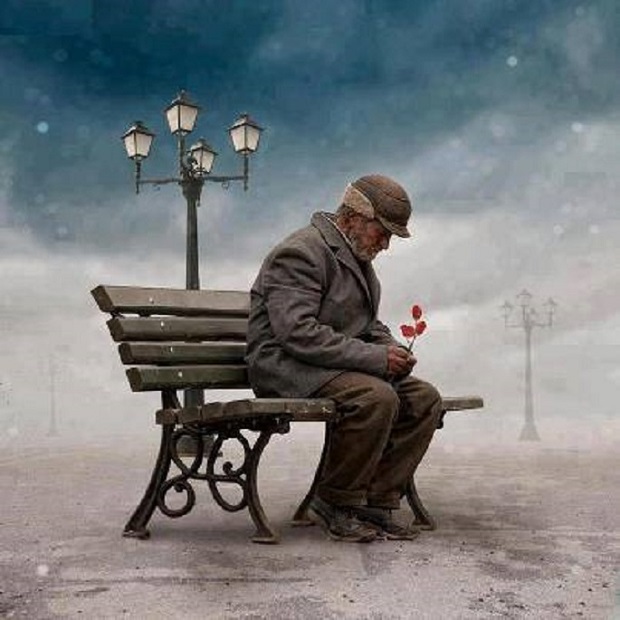 Part 3: Implications for Child “Development,” Spirituality, and Personal Growth — Ego and Higher Consciousness and Can It Be Otherwise

Chapter Nine:  Return to Grace —  Can It Be Otherwise?

Civilization, Culture, and the History of Our Falls from Grace in Nature … Primal Peoples Had a Nobleness We Don’t Know: Return to Grace, Part One — Can It Be Otherwise?

Changing the Human Condition Starts with Birth: The Most Precocious, Brilliant, and Advanced Children Were Treated Differently as Newborns 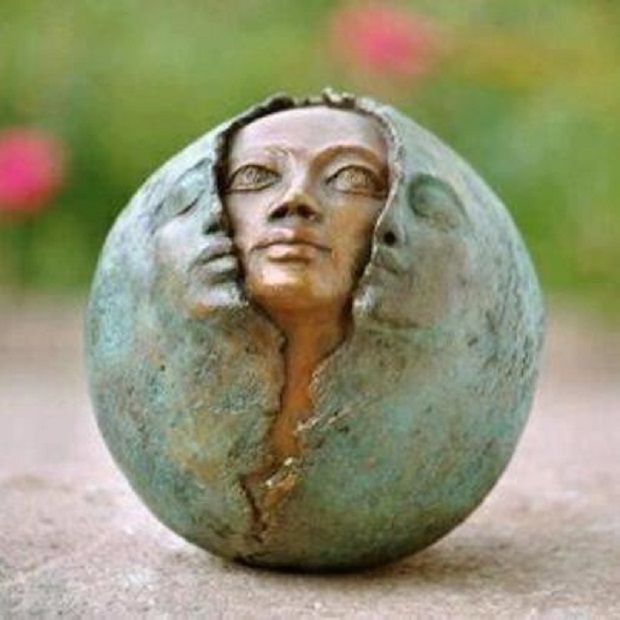 Return to Grace, Part Three — The Primal Scene and the Divine Child: Hierarchical Societies Demand Conformity All the Way Down the Line

What Does the Natural Self Look Like? The State of Not Losing the Soul Is Emotional Openness and Joy, Being Equally Free in Tears and Laughter

Chapter Ten:  Correcting the “Civilized” Ego —  The Stormy Path to Self

Is the Supernatural Terrifying? The Idea of a Shamanistic, Stormy Spiritual Path Is Too at Odds with Our Religious Anti-Body Culture to Be Easily Accepted

“Crazy” and Transcendent Are Not Opposite as Ego Psychologists Conveniently Proclaim: Have Western Puritanical Beliefs Infected Transpersonal Psychology?

Ego Weak Mystics and Shamans: A Supremely Defended Ego Is the Aim of Modern “Sanitized” Spirituality … the “Holy Fools” of Mystical History Would Be Medicated Today

A Mystical Machismo Has Invaded Spiritual Thinking: Whereas Surrender Spiritualities, Believing in Ultimate Goodness, See Controlling as the Problem

The “Patriarchal Mistake” Involves Struggling to Keep Out “Negative” Thoughts: For “There Is No Coming to Consciousness Without Pain.” – Carl Jung

It’s Pure Egoism to Think We’re Evolving to a New Consciousness. If We’re Lucky We’ll Regain the One We’ve Lost

Planet of the Apes? Thunderdome? No. But Only If We Are Lucky: Our Primal Return May Indeed Be a Primal Renaissance 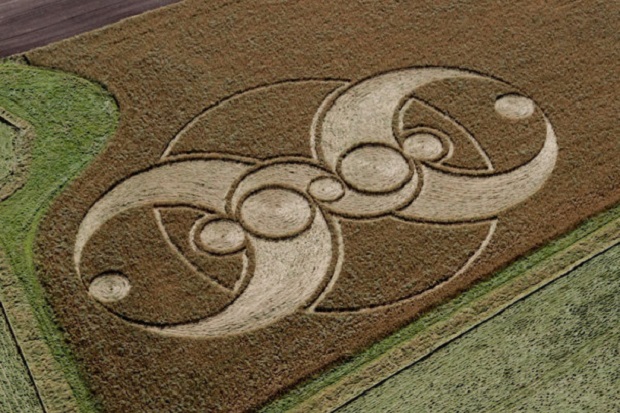 The Earliest Yuppies, 25,000 Years Ago, Cast Us Out of the Garden. We Are Returning … Now: Out of Eden—Agrarian Revolution … Return to Eden—Primal Renaissance 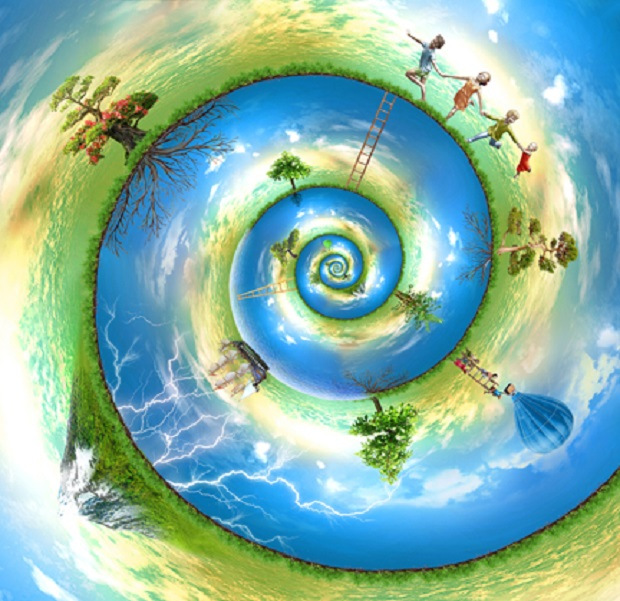 Return to Experience Is Divinity – Book 8

7 Responses to Falls from Grace – Bk 9