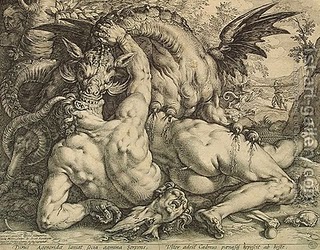 Fukushima Apocalypse. Is this the end of the world? For real this time?

The radiation contamination from the melting down reactors is already contaminating the sea, and the air, and the food, and the children and all living things on this planet. The scientists believe there is no ‘solution’ to this extinction level event (except the ‘mad scientists’ who allege there is no danger in a nuclear holocaust). However, stopping the airborne spewing of the 1400 lethal radioactive isotopes will slow down this death machine.

We have nearly 10 months of non-stop radiation contamination hitting the planet…the radioactive debris from Japan has just recently hit the shores of North America….what do you think that travelling radiation did to the oceans?

Never before in the history of mankind has there been a disaster of this magnitude. Reactors require cooling pools … Fukushima lost its cooling pools in March…so you see, we’re doomed on those counts.

Tepco is alleging ‘cold shut down’ and ‘victory’…NO LIE LASTS FOREVER. DEATH COUNTS RISING. THE REACTOR CORES NEED TO BE COOLED…EITHER THE SEA MUST BE BROUGHT TO THE MELTING DOWN CORES, OR THE CORES MUST BE DROPPED INTO THE SEA. IT SHOULD HAVE BEEN DONE IN MARCH. MILLIONS MORE WILL DIE BECAUSE OF THE DELAYS AND WRINGING OF HANDS.

Advocates of genocide and death machines allege there is no real problem with multiple reactors melting down, contaminating the entire planet, and the same crowd also thinks the leaking radiation from local reactors is ‘harmless’. KNK – killer nuke knuckleheads….the crowd leading the lies….
Research the impacts of radiation poisoning…the kids will die first, around the world….genetic mutations…lots of illness and death…in Japan and around the world.

[The question of why it would be a good idea to put the nukes in the ocean since that will contaminate all the oceans of the globe and perhaps kill them off] is a common question. It’s been asked since March 11….meanwhile, the contamination of the planet accelerates….. World Powers must immediately address the issue, or they will have no one left to ‘govern’. Love one another like there is no tomorrow, as it is being cancelled….

More at – No Nukes Is Good Nukes: Urgent Messages about Nuclear Threat and Fukushima Apocalypse…and what can be done http://apocalypseknow.wordpress.com/2011/12/18/no-nukes-is-good-nukes-urgent-messages-about-nuclear-threats-and-fukushima-apocalypse-and-what-can-be-done/

To a comment that the above is full of hyperbole, I responded:

Michael Adzema: If she is only 1% correct, it is more important than 99% of the crap that gets shared on FB and takes up people’s time. The problem we have is with people’s inability to look at things this horrible. So I understnad why you would want to think the way you do. I want to think the way you do, too. But my reason tells me that would be foolish, since only a tiny fraction of this would mean death on a scale never before seen. Enjoy your denial while you can… And I very much hope you are right and she and I are fools.

Temujin Subodai: The should have entombed it while they had the chance. Just like Chernobyl. Just like Michio Kaku recommended.

Michael Adzema: That crossed my mind, too. I thought that was where we were headed, actually. But from this news it seems it has gone way beyond that by now. I’ve got no upnote to leave on.

Gela Onthemove: horrendous catastrophe to all life on this planet – how can anyone ignore it ?- I still have in my ears the refusal to international help offered to Tepco and Japan – in the very first days after the Tsunami…

Michael Adzema: I agree, Gela. And apparently too horrendous to be thought about…hence the reason it was never handled in any way that would have given us a chance. We are app going to die off like bacteria that has overrun its petri dish. I hope I am a fool and am wrong.

To a comment equating nuclear radiation with that which comes from the sun and wanted to hear more about actual radiation levels, I responded.

Michael Adzema: I think what you say is the propaganda they put out. Ann Coulter once said, “Radiation is good for you.” You are in bed with her. If you don’t like that, you need to rethink your position and do more research. I have. What I have found out is that you are horrifically wrong.

Btw, I have a little experience in this area. I was one of the group that brought nuclear power construction to a halt in the US in the early 80s. I worked on this full time for years. And we were right about what we said back then, as Fukushima has shown.

I have articles I could direct anyone to. I think that responses like this one are mostly part of people’s understandable defense systems to this kind of horror and that there is no real interest in knowing the facts.

More at – No Nukes Is Good Nukes: Urgent Messages about Nuclear Threat and Fukushima Apocalypse…and what can be done http://apocalypseknow.wordpress.com/2011/12/18/no-nukes-is-good-nukes-urgent-messages-about-nuclear-threats-and-fukushima-apocalypse-and-what-can-be-done/

Activist, psychotherapist, pre- and perinatal psychologist, author, and environmentalist. I seek to inspire others to our deeper, more natural consciousness, to a primal, more delightful spirituality, and to taking up the cause of saving life on this planet, as motivated by love.
View all posts by sillymickel →
This entry was posted in Anthropology, Art/Poetry, Environment, Health and wellness, Politics, Psychology, Spirituality and tagged apocalypse, contamination, death, debris, end, extinction, fukushima, japan, leak, life, nuclear, plant, power, radiation, radioactive, tepco, world. Bookmark the permalink.