Apocalyptic Wake-Up Call: Love Demands We Give Our All…Where We Find Hope in All This

Posted on February 5, 2012 by sillymickel

If we must, without the support of the media, rise to the biggest challenge of all, would we not be better to face it?

So, I don’t know about other people, but with her in mind, among many others that I 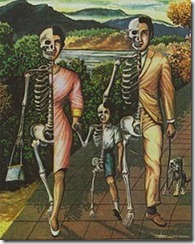 I find it hard to simply ignore the things that the scientists are saying are happening on this planet. Perhaps the most horrible for me to comprehend is the predicted massive extinction that is underway and is expected to reach a fifty percent die-off (forever, folks) of species on this planet in twenty to fifty years. You thought the bees disappearing was news!? Only if you can understand it as the canary in the coal mine.

A fifty percent extinction of life-forms on this planet within a few decades, many of which have been around for millions of years. 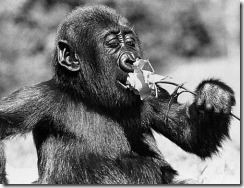 And, are you thinking, hell, we got way too many species anyway? I know, dumb! But someone actually said that to me during the Q & A after a presentation I gave on this. And many in the audience seemed to think she had a point!!

Well, the planet is an ecosystem; it is like one giant life form. And it was once really healthy, perfectly balanced, like I said, a wonderful creation of God. It was an exquisite creation, reminding us that God is well, really, I mean, really, really, good!

Nope, not being facetious; just making my point in response to the general idea out there about God.

That is, this insane prevailing notion that God is Infinite Goodness and Mercy beyond all human understanding, yet this Good God would create a hell where all but a lucky few would live, without being able to die, in hideous unbearable agony forever. Christ! I just heard myself realize that and if I were a kid I would’ve pooped my pants!

Ok, finishing up here. If you care about what’s going on and think we should wake up, naturally you’re discouraged at how little consciousness there is

about an environmental collapse that has already begun. But there is hope at least in certain things. I’ve mentioned the craving for the real and the true. This powerful urge has toppled Bush, birthed an awkward tea-party movement, and shown the light on right-wing idiocy, in this country.

Around the world this explosive force manifests along with its correlates, the needs to express and share this truth in free speech and to have human rights to not be punished for that, as well as to have power for

one’s truth to effect one’s life and circumstances, so there is the need for democracy. So in the Mideast and North Africa we see dictators being confronted and overthrown, and in China and similar totalitarian systems we see people risking and sacrificing their lives rather than be living beneath a cover of lies, behind a matrix of the contrived. [Footnote 1]

As to where this effort will lead…. Well, the hopeful question is: Who knows how many others are also feeling like we don’t have a second to lose, and it might already be too late? Who knows what kind of actions might be needed to be done, and what kind of word might need to get out, or whatever?

So, if you care, we might as well start making that network now. And I know there are others. But there can never be too many connections bringing together all of us who care. 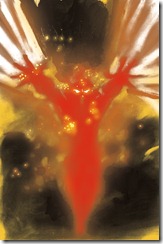 Don’t forget we’re going up against a bunch who DON’T care, but who are, as they termed them, not me! “Filthy Rich.” And great power they have indeed for you know how many there are who are for sale and how cheaply souls are going for these days.

But we have, if we choose it, the power of solidarity, truth, and—if we can awaken enough people—the power of great, great, grand numbers on a scale that also has never been possible before. 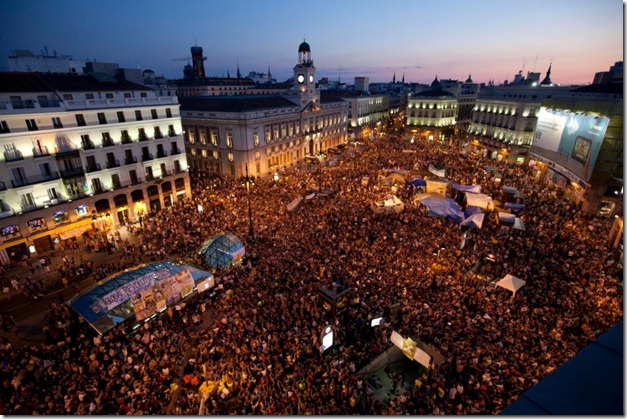 So, I urge everyone to remember that they are in the midst of a trillion-alarm fire. The emergency is upon us; unfortunately it is not being broadcast.

But some of that is because it is too dire for the media to want to touch.

So it is up to us. We must remember that it has always been the common people of the world uniting in great numbers that have accomplished the things of greatest value to the world.

If we must once again, and without the support even of the media, rise to the biggest challenge of all, then why would we not be the better ones to face it?

For the elite have already shown that they care little for anything but their profits.

Whereas it is the common people of the world, taking their pleasure in their pride of work, and especially their families, who have put themselves always on the line. 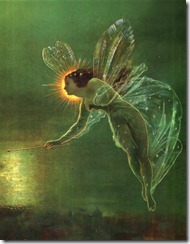 We need only remember that it is not for us, or even for all the innocent creatures of the world—though that would be huge motivation for many—but if only so that our children and grandchildren will not suffer, will get to live, and hopefully will be awarded at least the chance that other generations got for a full life, we must give our all. 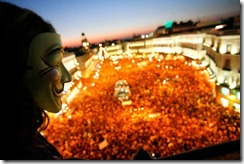 I cannot believe that the masses of people in the world, were they ever to come to understand the true consequences—the life and death ones—for their immediate family—would not do everything including risking one’s own life, for something so precious—the continuation of family…the laughter of children, the innocence of a babe, and above and beyond everything, the continuation of Love, sweet, sweet, ever growing and expanding Love, under the blessings and grace of The All that Is, whose substance is just that—Love.

Continue with
Conversation on the Eve of Apocalypse:
A Tale of Machismo and Ecocide

Return to Previous in this Series:
Apocalyptic Wake-Up Call: What Planetmates Say…
Would You Respond You Are NOT “Stupid Ape”?

Continue with
Conversation on the Eve of Apocalypse:
A Tale of Machismo and Ecocide

Return to Previous in this Series:
Apocalyptic Wake-Up Call: What Planetmates Say…
Would You Respond You Are NOT “Stupid Ape”?