Toxic Earth Diagnosis: Deepest Roots of Apocalypse — We Stood Up! … “we were manifesting aspects of our early pain that we were clueless about, and so created a mirror image of our early experience and its horrific pain and trauma in Reality itself” 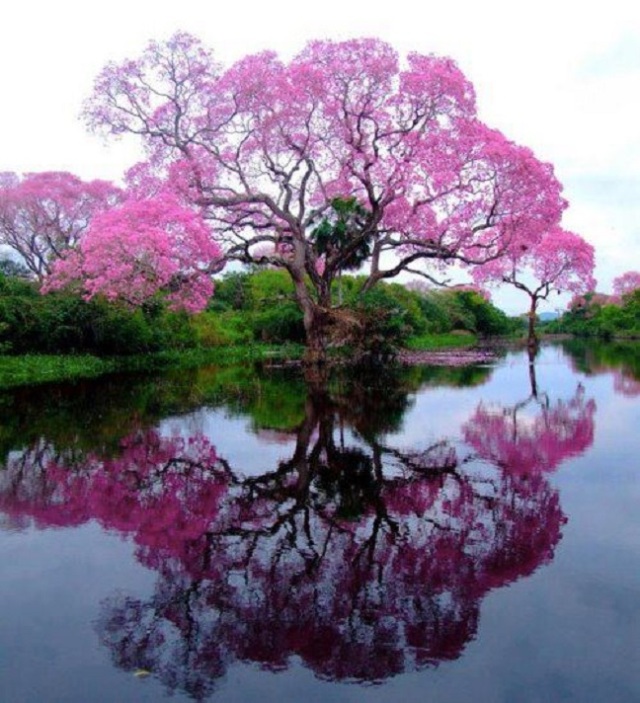 *Why Know This…In Case You’re Wondering* … The lesson to be taken from all this is not that our early life mirrors our adult, “real” lives. Something more important is being said: Having our lives suffused with these distorted feelings is not necessary, and the perceptions and deductions one makes from them are not instructive. They are wrong interpretations of what is going on. They are “unreal” … when we once again experience them as adults. They are very early components of what becomes, later, our unreal self.

These feelings are rooted in forgotten memories, imprints we carry from early experience, and they are not rooted in actual circumstances. Certainly, we create a reality that matches these feelings, but the feelings are there first. And if we had less of these feelings, we would less often create situations that mirrored them. More often, instead, we would create our lives out of our earlier joy grids — rooted in earlier times in the womb, which were blissful and proximate to Divinity; in our cellular existence, which was at times euphoric; and/or in that state of No-Formity and Divinity before even coming into Form. These joy-prints would be … and can be … our foundation, our template, for living. However, almost invariably we grow our lives and actions out of the soil of our pain grids — the pain templates, if you will — which are created out of these traumatic prenatal experiences

Toxic Earth Diagnosis: Deepest Roots of Apocalypse — We Stood Up!

Basically, it warmed up pretty good in the interior of Africa millions of years ago, so our forebears headed “to the beach” — to the ocean shores, swamps, and lakes — where it was more bearable. We foraged for food in the shallow waters and found it beneficial to stand upright, for it allowed us to go into deeper waters and gather more, and for longer periods. Naturally, over time, bipedalism traits were the ones that won out through natural selection.

But when we became a standing species, it added birth trauma and premature birth to our “species set.” For with this rearrangement of our posture, we created a narrower pelvic opening and our prenates no longer hung loosely below us but pressed down upon the arteries below to create the fetal malnutrition, which I have been discussing in the previous chapters. The prematurity of birth was caused by the narrower pelvic opening, as the baby needed to leave the womb earlier than other species in order to make it out. This meant that we would do a great deal of our early life’s learning and development — much more than any other species — outside of the womb and in the context of society, not Nature; this is called secondary altriciality, which is something unique about humans.

With all of these developments — prenatal fetal malnutrition, premature birth, and secondary altriciality — we had greater pain and trauma at the beginning of our lives than any other species. We needed to grow a bigger brain — with an additional brain structure, vastly multiplied neural pathways, and a split brain — to deal with this pain in order to survive. The larger skull added further to birth trauma; it was even more difficult to get through the pelvic opening, and so it required even more prematurity of birth.

All this development outside the womb and increased brain size resulted in language and culture, with all its complexities. Split off from horrible early pains and discomforts, our minds created substitute reflections of our early memories in our cultural products. We created an artificial consciousness construct — an Ego — as an intermediary between the impulses from our insides, emanating from early discomforts, and the stimulus and information coming to us from our current reality.

Its egoic product — that is, what we end up thinking is real — would be the distorted amalgamation of the past — early pain and the learning built on early discomforts — and the present — our present-time situational reality, including the twisted cultural products within and without. So what the Ego came up with would not be true, for its purpose would be to allow us to survive, regardless of bothersome early imprints.

We’ve Created Our Own “Monsters”

We called the accumulation of cultural product the “advance of man,” and patted ourselves on the back for our Promethean achievements, deeming ourselves superior to Nature. To congratulate ourselves, we needed to ignore all the evidence of savagery on a scale not seen in the rest of our world, which we perpetrated on each other and on the world of Nature.

In all this abominable acting out, we were manifesting aspects of our early pain that we were clueless about, and so created a mirror image of our early experience and its horrific pain and trauma in Reality itself. So it is that all our early trauma has led us to unthinkingly plod to the edge of oblivion, as we re-create war, fascism, class war, racism and bigotry, environmental pollution, nuclear radiation, loss of ozone layer, threat of nuclear war, and all the rest of the dire threats I have been discussing as being act outs of our early prenatal discomforts — crowdedness, deprivation, disgust, and irritation/burning.

So, we stood upright; and now, unless something radical happens, it will lead to the end of life for ourselves and possibly everything else on this planet in short order.

What can we do about it? Strangely, many of us are determined to just die. But if you are one of those who would prefer not to, well, going up against all the others, don’t think it will be easy. But if you wish to fight to live, here is the starting point for effective change, which would actually save our lives and those of future generations and which comes out of this understanding of the early psychological roots of our otherwise apocalyptic propulsion:

Activist, psychotherapist, pre- and perinatal psychologist, author, and environmentalist. I seek to inspire others to our deeper, more natural consciousness, to a primal, more delightful spirituality, and to taking up the cause of saving life on this planet, as motivated by love.
View all posts by sillymickel →
This entry was posted in Uncategorized. Bookmark the permalink.