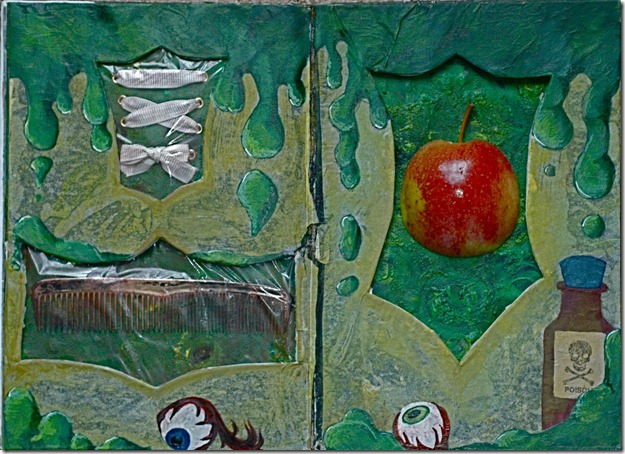 There are three parts to this pain around fetal malnutrition, which defines us as humans and creates what we think of as “human nature” and most often as being genetic, but it is not. We’ve been dealing with the first part — deprivation … we fear there is not enough oxygen/resources coming to us to keep us alive. Another part has to do with the toxic quality of the environment we experience, which we’ll get to soon. 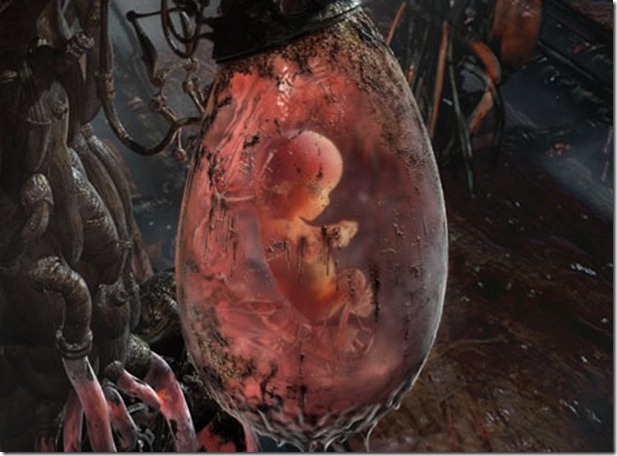 But the one I want to deal with next is the second aspect aspect of oxygen starvation in the late stages of gestation. It has to do with our assessment of the “air”—the oxygen and nutrients—we do get.

We’re Getting Some Blood

As just discussed, we carry an underlying panic that our supply will end at any moment, but we are getting some oxygen from the blood that comes to us, however reduced its flow. It is the contrast from what we knew that is alarming. Imagine blood that is free- and easy-flowing, rich and bright red with oxygen. 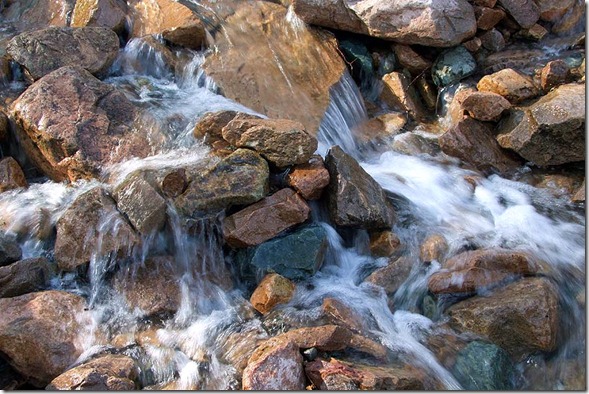 But Is It Bad Blood?

Now, imagine blood that is more trickling than gushing, more depleted of resources—oxygen and nutrients—tainted, darker, barely able to sustain one’s life…. The first was our experience of earlier womb life; the second the way it gradually began being perceived. 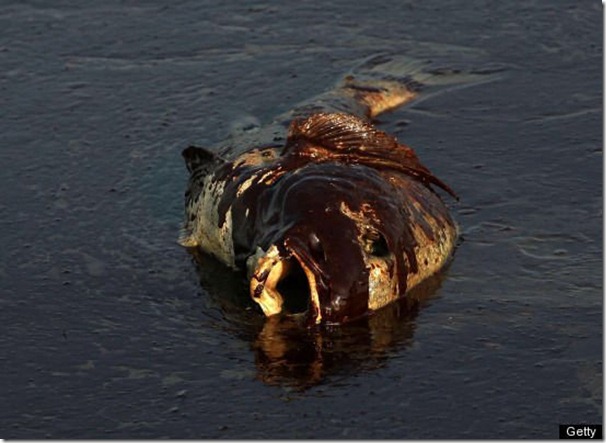 To be clear, we can’t actually see our blood flow as a fetus, of course. This is meant to be an analogy giving you an idea of the difference in the feeling experience of the fetus in this changing situation. It must be close enough to what it actually was like, since out of it we form images and symbols in later life with these differing characteristics, as I will continue to show.

So we began feeling poisoned, polluted, decrepit, diseased. Our situation in the womb had portents of death and seemed a dire threat if it were to continue. We received blood sufficient to keep us alive, obviously, but it was felt to be degraded, to be “bad blood.” 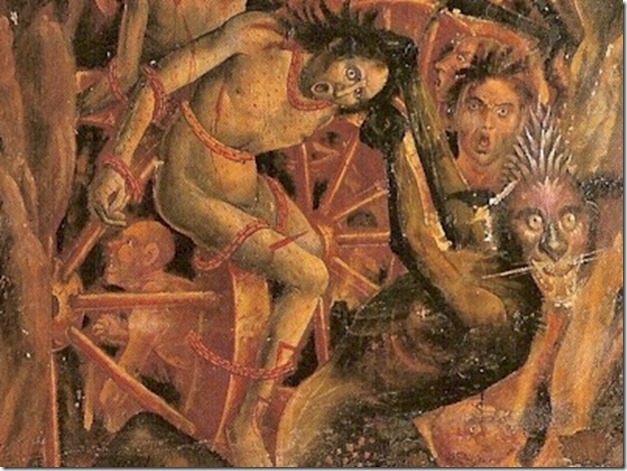 “Don’t Feed Me That Bullcrap!” 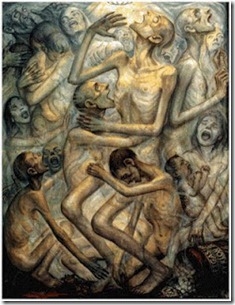 So, the second aspect of fetal malnutrition and the third of prenatal discomfort is the feeling of being forcefed something noxious and deadly. We feel we are being poisoned or infected by what we take in through our breathing or eating. What is coming into us is sour and unhealthy. This is of course related to the previous feeling constellation discussed wherein we fear we are not going to get enough oxygen and so want “pure” blood.

But this has to do with our feelings about the blood we do get—it is tainted, not pure. In the one you can’t get something you need, you are deprived (panic). In this aspect of it, you get something but it seems intentionally polluted to harm you (paranoia). Earlier I compared this to the difference between being starved for affection as a child versus receiving unwanted attention as in being sexually or physically abused.

The reason this can be seen so clearly at a later time of life is because these feeling constellations are fractals of each other: They occur in the same pattern again and again at different times of our lives exactly because of

our tendency to re-create unerringly the discomfort we could not face originally (primally). The original

formulation of this pattern in the womb sets up that we will act out on both sides of tendencies to deprive others of affection,

as well as to subtly and unconsciously push others away. And because of the other aspect of it, we will also force unwanted attention on others and will assault them, as well as being unable to avoid such attacks. Traditionally, this last has been discussed under the headings of sadism and masochism.

Having dealt with the deprivation/greed aspect of this in previous sections, in this section and the next we will look at the poisoned and infected feelings and their sadistic/masochistic outgrowths. Unraveling this complex at its primal roots in the womb, we expose some fascinating revelations.

How “Bad Blood” Manifests in Our Thinking

In Psychosis—Food, Aliens, and Tin Foil 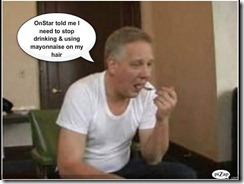 Though not the most common, I must start with the most obvious adult manifestation of this—the curious notion among paranoid psychotics and some obsessive-compulsives that they are being or are in danger of being poisoned. Certainly through the food they eat, but this also manifests 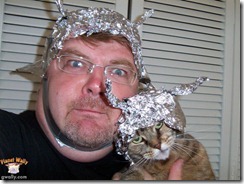 as the idea that “alien” thoughts are being inserted into their minds/brains. I’ve seen walking neurotics (borderline psychotics) strolling around with wire pyramid or tinfoil hats to prevent this

We have to wonder how much of conspiracy theory is itself skewed by this constellation in concocting the existence of forces that spy on us and influence our actions from behind the moon (behind the placenta) or some other unseen place. This is what happens when big thoughts are channeled through sorry states of mind. 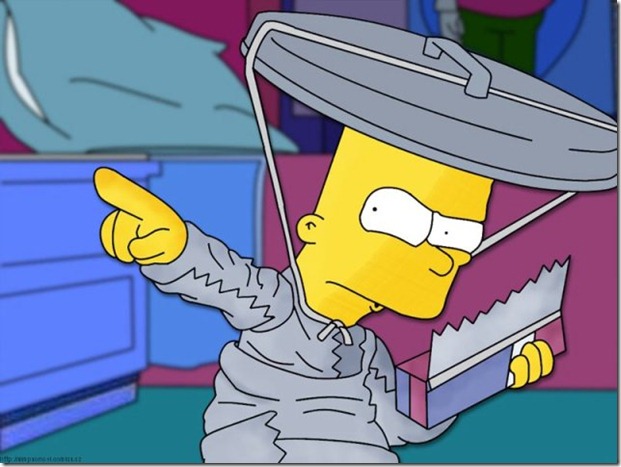 In Collective Dreams—Myth, Fairy Tale, and the Evil Queen 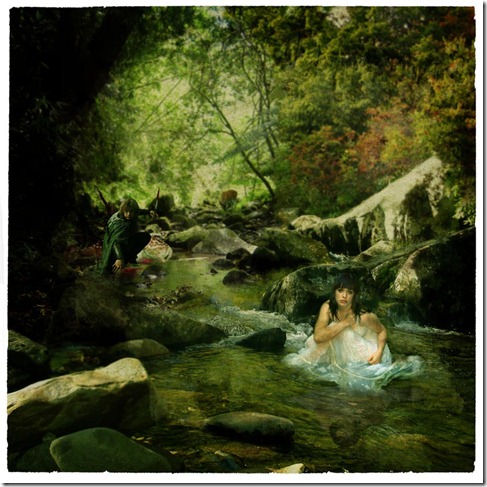 We express this idea in our myths and fairy tales, of course—for they are the collective “dreams” we share that are given rise to by our unconscious dynamics. A salient example is Snow White. Consider her name, and remember the part about the purity of blood and children, which was felt to be the earlier situation in the womb. In the same consideration of blissful BPM I experiences occurring prior to late stage, BPM II, discomforts, notice that Snow White enjoys an earlier, idyllic time living in communion with planetmates in the forest. She was supposed to be killed (aborted) by the huntsman (god figure),

but he falls in love with her and lets her go, telling her to hide. She finds a tiny cottage (blissful womb), where she is aided by and lives in harmony with seven dwarves. The dwarves, as well as the planetmates, represent the forces of Nature aiding exquisitely perfect growth in the early stages of gestation in the womb.

But then, BPM II style, her wicked stepmother wants to poison her, but even notice how.

First the “evil queen” (mother symbol) wants to kill her by crushing her. She ties her tight with stay-laces. Remember that being compressed and crowded was the very first and most obvious aspect of late stage gestation discomfort.

And then begins the poisoning attempts: The evil queen tries to kill Snow White by brushing her hair with a poisoned comb. So, what does this mean? Well, our hair is thousands of tiny filaments

Next, the evil queen wishes to get the girl to eat a poisoned apple. Apple, as the ultimate symbol of food, nutrition in Western culture…it was an apple that was eaten in Eden, for example. 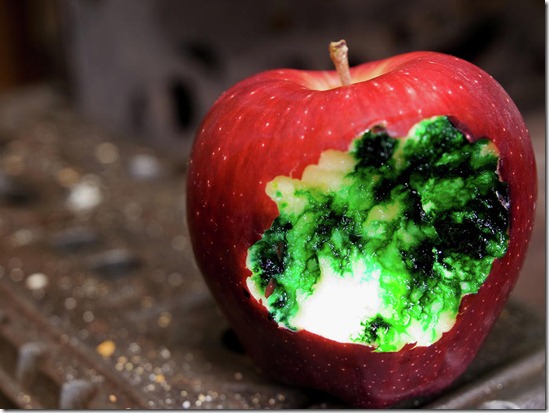 Now, why? Remember that a red apple is the same color as blood.

So a poisoned apple represents the bad blood in the womb with its poor or “poisoned” nutrients…being given to one by one’s mother.

Notice that here as in many fairy tales it is a stepmother…in others it might be a wicked aunt or witch…that does the bad stuff. It has to be a stepmother or aunt, for we wish to preserve the idea that a “good mother” still exists. 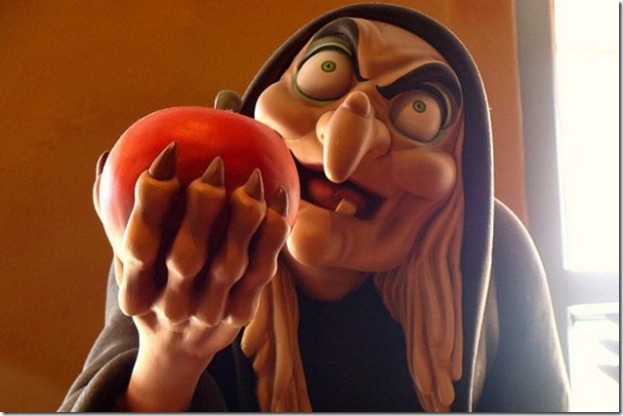 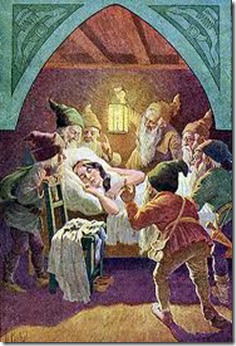 But there’s more. She fainted when she was tightly laced, and collapsed again after being brushed with the poisoned comb. But when finally poisoned she falls into a stupor and appears dead.

Obviously she represents a prenate struggling with the “groggy” and lethargic feelings associated with being trapped, stifled, and poisoned/ drugged … in modern times, sometimes having ingested actual drugs or toxins from smoking or alcohol through the placenta (poisoned through those tiny “hairs” of arteries).

And appearing dead, she is placed in a coffin. Womb symbol, anyone? 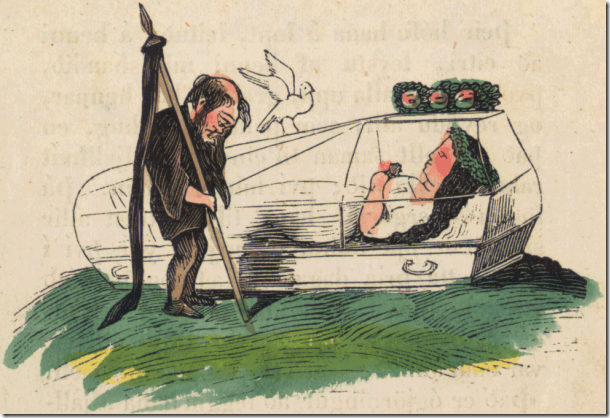 How “Bad Blood” Manifests In Our Doing

Having looked at how this early experience of blood degradation is manifest in our thoughts, madness, and creative product, let’s look into some really important, major act outs of this prenatal mental framework for construing things. This brings us to the ways we act out these crazy ideas, emanating from early experiences, in major ways as cultures, as societies, and even as nations.

Continue with “We Don’t Want Your Kind Around Here!” … Acting Out Prenatal Feelings of Sickening—“Bad Blood”—in Racism, Xenophobia, Elitism, Homophobia… and Medicine: 21st Century and Its Discontents, Part 20 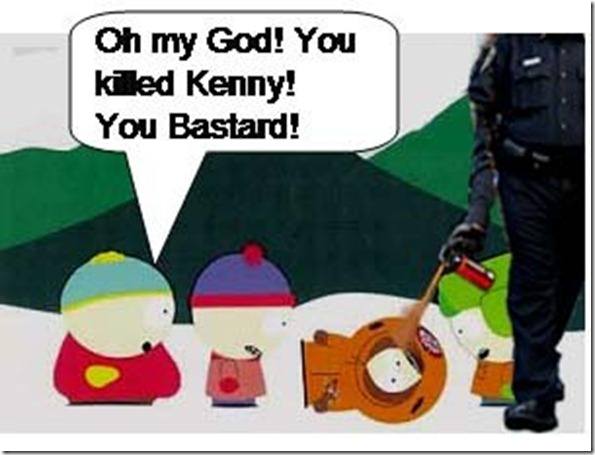