Tea-Bagger Roots: The Truth and Lies About Yuppies and Their Fifties Generation Parents 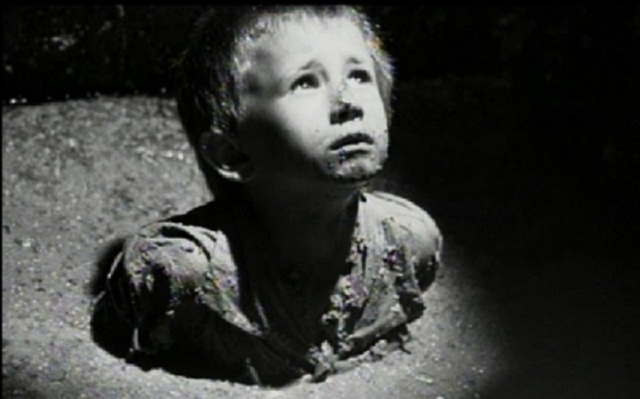 History of the Movement: Yuppies, Created by a Desperate WWII Generation, Had Fifties Generation Parents Who’d Been Marinated in War Fears 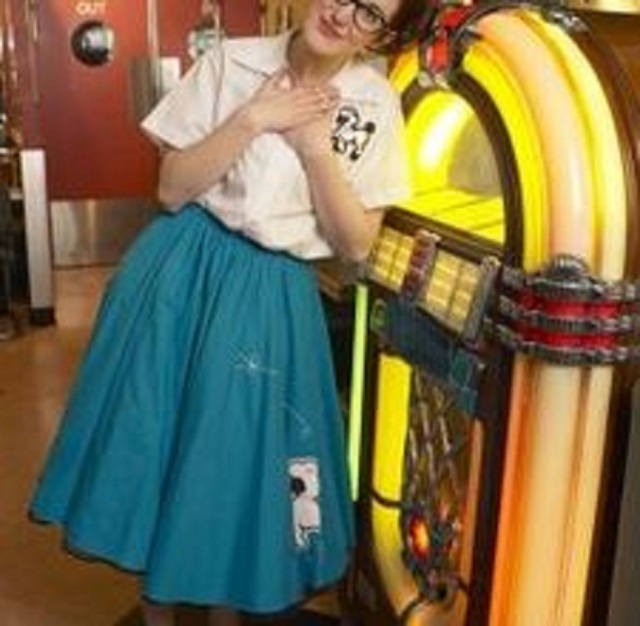 Their values become understandable, then, not only in that they were in universities during the Seventies when the “Conservative backlash” Big Lie was being promulgated and universities were cutting back funding from courses in liberal arts, philosophy, psychology, literature, politics and government, and the like and were turning themselves into career-factories dedicated to producing compliant business persons, engineers, physicians, and scientists who were not being educated to think for themselves but how to achieve and make money in a culture the World-War-Two Generation was comfortable with.

The values of the Yuppies are understandable, furthermore, in that they were the sons and daughters of a generation between the World-War-Two and Baby-Boomer Generations, who have not been identified, as far as I know, in the media at all. We might call this overlooked generation the Fifties Generation, or the Eisenhower-McCarthy Generation, or the Elvis Generation…a more cumbersome but more accurate term for them would be the War-Born Generation. [Footnote 2]

Not So “Happy Days”: The War-Born Generation—Fifties, Eisenhower Generation

The media tends to focus on the big trends and to ignore or miss the lesser ones. The way our recent history was portrayed, you would think that just because there was a huge number of babies born in the decade and a half after World-War-Two’s end—the much discussed Baby-Boomer Generation—that there were no babies born during the War…almost as if every man in America was overseas fighting or that, when home on leave or whatever, they simply would not or could not conceive!

Marinated in the Womb of War Fears 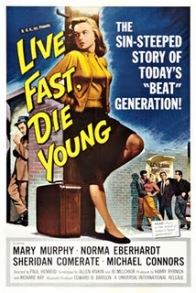 However, of course these ridiculous notions are not true, so there is a pre-Baby-boomer Generation who happened to be born during or shortly before and after WWII, i.e., between about 1938 and 1948. And the Yuppies were predominantly the sons and daughters of this—let us call it—Fifties Generation. Marinated in the womb with war fears and born around the time of the war, the Yuppies’ parents then had their formative adolescence and young adulthood during the Fifties.

So their beliefs are rooted in the cultural soil of Fifties conservatism, Elvis Presley, McCarthyism, Eisenhower, traditional religion, belief in the economic primacy of capitalism and the evil of communism, and the early “schmaltzy” rock and roll (e.g., “Teen Angel,” “Leader of the Pack,” etc.).

Their roots reaching deep into war fears–hot and cold, many would feel jealous and angry about the freedoms and openness of the generation immediately after them. They would, as well, heartily resent all the attention being showered on the much larger cohort of Baby-Boomers.

They and their Yuppie children form the core of the Tea Party today.

And it is the worldview of this Fifties Generation that was passed on to their children, the Yuppies. It is no coincidence that the era of Yuppie influence (mid-Seventies through the Eighties) saw also a lengthy period of Fifties nostalgia alongside the caricaturizing and ridiculing of Sixties lifestyles, values, and beliefs.

It is easy to see that the materialism the Fifties Generation members were nurtured in after World War II, as a reaction to the fear and uncertainties their parents had because of the war and The Bomb would be replicated in their children. Only the fear and uncertainty their children would try to amass wealth against was the tumult, anomie, violence, and confusion of the decade of the Sixties, the era the Yuppies would experience swirling around their roots and upsetting the stability of their nurturant years.

Democrats and the Youth Vote Voters, like other consumers, develop brand loyalties early in life. The World War II generation, which came of age during the New Deal and cast its first votes for FDR and Harry Truman, sustained a Democratic majority for decades.

Likewise, the Eisenhower generation that entered the workforce during the fifties remains Republican to this day; the counterculture generation of the sixties and seventies remains a Democratic stronghold; and “Gen X,” the famously angst-ridden generation that started voting in the eighties, continues to vote Republican as it enters middle age. And today’s youth? Surprise! It turns out it’s a Democratic powerhouse. In the early nineties young voters began shifting rapidly toward the Democratic Party and haven’t looked back since, even after a Republican won the White House in 2000. Today, twenty-somethings lean Democratic by 52%-37%, an astonishing advantage of 15 percentage points. It’s a bigger gap than any other generation currently alive, and it’s already showing up in the voting booth. Last year, not only was turnout was up, but young voters cast their ballots for Democratic congressional candidates by 60% to 38%. All of this might be no more than a temporary blip if it were caused merely by a combination of George W. Bush’s historically dismal disapproval ratings and dissatisfaction over a grinding, unpopular war in Iraq — both of which will eventually come to an end one way or another. But that’s not what the evidence suggests. After all, the Gen Y movement toward the Democratic Party began in the early 90s, long before either Bush or the Iraq war had taken center stage. What’s more, in a recent New York Times/MTV poll of 17-29 year olds, young people were actually more optimistic about the war in Iraq than the rest of the population. It’s true that they don’t like President Bush much, but the war really isn’t the driving factor. So what is? The most likely, and ironic, answer is a different war: the culture war that was originally stoked by the Christian Right and then taken up as electoral salvation by Republicans starting in the early nineties. Bush’s chief strategist, Karl Rove, famously believed the Christian Right to be the key to victory in 2000 and 2004, and recent Republican leaders from Newt Gingrich to Tom DeLay have embraced it with open arms. But young people aren’t buying. Quite the contrary. For the most part, they’re turned off by the sex and gender fundamentalism that animates so much of the modern Republican Party’s social agenda. Polls show that most young voters are OK with abortion remaining legal. They have openly gay friends and are far more comfortable with gay marriage than their elders. They think that legalizing marijuana for personal consumption is common sense, not a sign of moral decay and the breakdown of western civilization. So when Pat Buchanan declares that there’s “a religious war going on in our country for the soul of America” — as he did in prime time at the 1992 Republican convention — or when Jerry Falwell goes on national television and blames “the abortionists, and the feminists, and the gays and the lesbians” for bringing on 9/11, young voters cringe. And when the Republican Party embraces their agenda, they go off to vote for Democrats. Over the past 20 years Democrats have found themselves consistently on the wrong side of conservative campaigns based on social wedge issues like these. But although these campaigns have produced short-term gains for the GOP, they seem to have done so only at the expense of long-term ruin. A generation that’s more secular, more sexually at ease, and more tolerant is increasingly casting its lot with the Democratic Party and is increasingly showing up at the polls to prove it. And unlike changes in the voting patterns of independents or soccer moms or other favorites of the political sociologists, this change is likely to be permanent. If Gen Y acts like previous generations, keeping its political loyalties essentially for life, it means that the past 20 years have produced a time bomb: an enormous reservoir of new Democratic voters who are just beginning to flex their electoral muscles. 2008 will be their coming out party

Activist, psychotherapist, pre- and perinatal psychologist, author, and environmentalist. I seek to inspire others to our deeper, more natural consciousness, to a primal, more delightful spirituality, and to taking up the cause of saving life on this planet, as motivated by love.
View all posts by sillymickel →
This entry was posted in 60s, History, Politics, Psychology and tagged conservativism, culture war, Eisenhower, Fifties, generation, history, materialism, nostalgia, parents, war, womb, World War Two, Yuppie. Bookmark the permalink.