Money Changing Everything – The Planting of Lies: If Both Parties Are Equally Funded by Corporations, Why Have Democrats Always Been Woefully Underfunded?

Creating a (Not So) American Life, Part Four: Both Parties Are Funded by Special Interests, If You Consider People a “Special Interest” for Democrats

So, the tax code is hopelessly brain dead, and everyone knows it. Any former link to fairness, reasonableness, or coherency has been severed; it has become a coffin into which anything can be thrown and in which any corporate wish can be granted. So the country has now turned completely into the hands of the corporations, ok?

The Money Changing Everything

And with corporations firmly backing Republicans, the Democrats in every election that I can recall, especially in the presidential elections, always were way underfunded and the GOP overfunded because the Rich-publicans were carrying the wishes of those corporations into the board rooms of Congress along with their huge amounts of money.

But these payoffs were small investments to corporations, relative to the benefits they would get in the changes in government policy which affected them. Republicans were—It was obvious…it was all on public record—were getting huge amounts of money going into their campaign coffers and were way overfunded. One hell of a lot of money was put toward putting and keeping Republicans in office. It was not even a fair fight.

Democrats Not Wanting to Be Totally Disarmed

So with no hope then…and this is what I saw happen…Democrats, who were still wanting to work for a better America and therefore better government, were forced into a choice of either continuing to rely only on contributions from the American people…as for example unions, keeping them woefully underfunded, and therefore losing…or to accept what was being offered them also by corporations.

So you began to have some Democrats making compromises with their principles and accepting some corporate money. Though even then it remained true that for the most part Democrats are funded by unions and organizations dealing with issues, like education, health care, seniors, jobs, and so on that affect the average American.

Now, this is where I get to one of those Big Lies, one of those concocted untruths that end up everyone just knowing to be true.

To make this point, I need to back up to that thing related to convoluted tax codes and corporations. I was saying that eventually it was getting to where a huge increase in that problem could be attributed to corporations not even having to justify that the paybacks they wanted were good for America anymore. How did this happen?

Well, we have the situation mentioned where eventually Democrats were virtually required to accept corporate money or else they had no chance to win election. Naturally then, they had to produce at least a little for their benefactor corporations as well.

People Can Still Be Good, Even if Not Mother-Theresa Good.

It is crucial to keep in mind the fact that Democrats were not getting near as much money from corporations as Republicans, by and large, and they remained largely staying afloat through contributions from unions and from organizations of masses of people pushing issues of overall social benefit. So Democrats were backed for the most part by actual people not corporations; still they had to produce something for the overlords.

Alright, so it happened that Democrats would seek to strengthen their overall hand to accomplish beneficial things for society by tossing occasional bones of tax concessions to their corporate backers. They would go to their gop counterparts and would want something in the tax code, for example. And the Republicans would say, “Well you want that? Well, I’ll give you that, you give me this.” So it could not help but happen that taxes and public policy got more and more convoluted in conforming to these complications and outright contradictions. We saw this increasingly over the second half of the Twentieth Century.

But Republicans were always seen, rightfully so, as the ones who were representing various corporations and what were called the special interests–defense, big agriculture, big oil, the Chamber of Commerce, insurance companies, and so on.

But then this is what also happened: This huge lie was created, becoming a big part of the Matrix, the Matrix of confusion that was being put out to cover up truth. This lie was impossible to make out, blocked out by an omnipresent media saying all the same thing, in rather like this monotone voice almost like Pravda in the old days of the Soviet Union.

I saw this happen too.

You no longer had differences of opinion you just had the same thing being said.

Anyway, this Big Lie, firmly woven into the fabric of the Matrix as to be both invisible and therefore unchallengeable even by rational arguments…this lie, and I’m sure you’ve heard it is that: Well, both parties are funded by special interests! 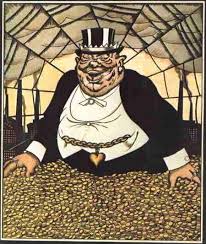 Now, of course, you know you’ve got Big Oil and Big Coal, and you’ve got the Pharmaceuticals and the Defense Industry and they’re funding the Republicans, and they would come back and say, “Special interests?! Well you Democrats have them too. What about your unions? You’re being funded by them!”

Continue with Obvious “Truth” – Both Parties Funded by Special Interests: Democrats’ “Special” Interests of Unions, Education, Health, Elderly Only Benefit Those Who Work, Think, Get Sick, and Age

Return to Your Mind Made Fertile for the Planting of Lies: Creating a (Not So) American Life, Pt 3

The Rise and Fall of “Obvious Truths,” Part One – an Audio Reading by SillyMickel Adzema

Here is an audio of the author’s impassioned reading of this part. Though it is of the first, unedited and unpolished version, and it does not contain all the detail of its current form below, it does capture the flavor of it all. I offer it here for your listening pleasure. For the reading of this part, “The Rise and Fall of ‘Obvious Truths,’ Part One,” click on the link to the audio site above or click below to launch the audio player here.

http://cdn.hark.com/swfs/player_fb.swf?pid=rzznhtzjsk
The Rise and Fall of “Obvious Truths”: Part One. by SillyMickel Adzema

Continue with Obvious “Truth” – Both Parties Funded by Special Interests: Democrats’ “Special” Interests of Unions, Education, Health, Elderly Only Benefit Those Who Work, Think, Get Sick, and Age

Return to Your Mind Made Fertile for the Planting of Lies: Creating a (Not So) American Life, Pt 3